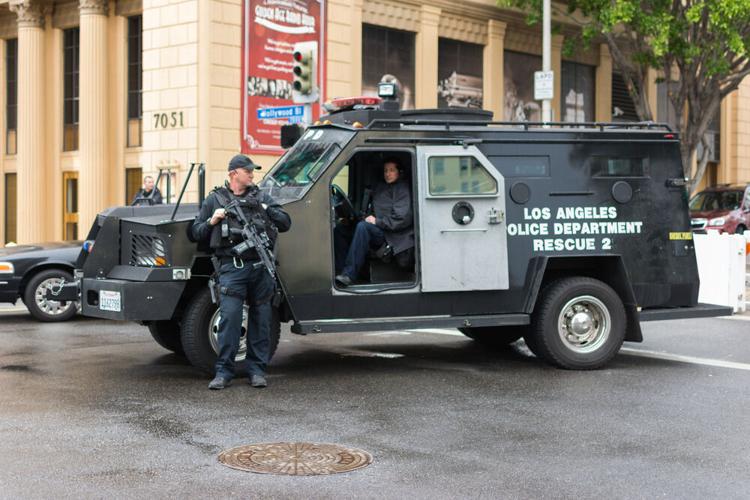 (The Center Square) – Six Los Angeles police officers are suing the city, arguing that its vaccine mandate is unconstitutional and violates federal and California laws.

The Pacific Justice Institute and Daniel Watkins of Watkins & Letofsky, LLP, filed the lawsuit against the city of Los Angeles on behalf of the employees in U.S. District Court for the Central District of California.

They are asking the court to issue a temporary restraining order and preliminary and permanent injunction in response to the city’s new ordinance, arguing it violates the Fourth and Fourteenth Amendment to the U.S. Constitution, the California Constitution, the Supremacy Clause, the California Fair Employment and Housing Act, and Title VII of the Civil Rights Act of 1964.

On July 27, Mayor Eric Garcettie and City Council President Nury Martinez announced their vaccine mandate plan for all city employees. Less than a month later, the city council unanimously approved, and Garcetti signed, a new ordinance that mandates compliance by Oct. 20. Requests for medical or religious exemptions were to be submitted by Sept. 7.

“The Delta variant continues to spread and it is more important than ever that people get vaccinated right now,” Garcettie said in a statement. “This requirement is critical to protecting the health and safety of our workers and Angelenos.”

“Nearly half of the LAPD’s 12,000-plus workforce remained unvaccinated, according to recent data – a greater percentage than in the general public,” Forbes reports. “Officials have said that a portion of the unvaccinated have natural antibodies from contracting the virus previously.”

Between June 1 and Sept. 1, roughly 85% of positive tests or illnesses were among unvaccinated LAPD staffers, the Los Angeles Times reports. Out of nearly 10,000 police officers and more than 3,500 civilian employees, the third-largest municipal police department in the U.S., the LAPD has reported 10 COVID-19-related deaths and three employees’ spousal deaths, according to the Times.

The city ordinance states, “The city’s goal is to have a vaccinated workforce. As such, employees will not have the option to ‘opt out’ of getting vaccinated and become subject to weekly testing period only those within medical or religious exemption and who are required to regularly report to work location are eligible for weekly testing period.”

The mandate requires all department heads to verify and keep track of their employees’ vaccination status and submit reports to the personnel department. Discussions were also ongoing with the city’s labor partners about how the testing would be implemented, the complaint states.

An LAPD spokesperson said the department does not comment on pending litigation and the city has not yet issued a statement on it.

The complaint was filed after hundreds of Los Angeles firefighters and police officers formed two groups to fight the mandate. “Firefighters 4 Freedom,” comprised of roughly 350 L.A. city firefighters, plans to sue the city. John Knox, one of the group’s leaders, told Fox News they should have a choice as to whether or not they choose to be vaccinated and being mandated to do so violates their constitutional rights. “We have the right to have informed consent,” he said, “and we should have the decision to make the decision about what we do with our bodies and not be told what we need to do.

“We have the California Constitution and federal law behind us,” he added, saying they weren’t going to walk away from their jobs and the city couldn’t force them to be vaccinated.”

“Roll Call 4 Freedom,” a coalition of LAPD members committed to advocating for freedom of medical choice and Constitutional rights, also said it plans to sue the city.

In addition to this lawsuit, PJI says it is helping businesses and employees nationwide to legally resist the proposed federal rule changes ordered by President Joe Biden, requiring private employees to receive both COVID-19 shots.

“PJI cannot idly sit by and allow such an overreach of government restriction to take place and we stand strong with businesses, business owners and their employees/families in working together to find legal means to protect these organizations,” PJI Founder and President Brad Dacus said in a statement. “This country was founded on the principals of opportunity and freedom, reducing government oppression and we do not take that for granted.”