‘Losing It’: Dem Candidate For Governor Blasted For Storming Out Of TV Interview 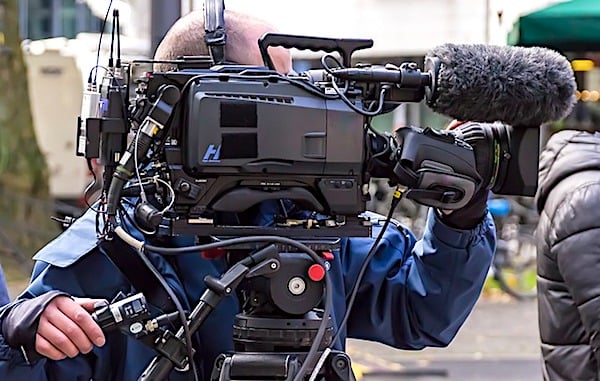 (Image by meineresterampe from Pixabay)

Former Democrat Virginia Gov. Terry McAuliffe abruptly walked off the set of a scheduled television interview and scolded a reporter for not asking better questions, and his opponent for governor, Republican Glenn Youngkin, says that shows McAuliff’s is “losing it.”

“You should have asked better questions,” McAuliffe scolded a reporter as he walked out of his scheduled interview.

He continued, “And here’s Terry McAuliffe, who won’t even answer questions from a local reporter. He yells at sheriffs. He barks at people all the time. I think he’s losing it because he knows this race is slipping away from him.”

McAuliffe also had had a heated exchange recently with police, the report explained.

Here’s the candidate’s stunt, at the end of this video:

Explained Youngkin, “Loudoun County has been ground zero for a long time about what’s happened in education, but it’s the culmination of what’s been going on since Terry McAuliffe was governor.”

It’s because, he said, McAuliffe lowered the standard for Virginia schools and has repeatedly attempted to keep parents out of their children’s education.

McAuliffe is now the target of a GOP ad campaign that features the former governor saying, “I don’t think parents should be telling schools what they should teach.”

Youngkin said, “Terry McAuliffe is on the wrong side of this issue. He knows it. He wants the government to control our children, and parents aren’t having any part of it.”

Youngkin has also wants an investigation of a situation in which the Loudoun County School Board apparently covered up a sexual assault, then had the victim’s father arrested for protesting.

The station later offered a disclaimer when releasing the interview.

“So if you watch those entire interviews on our website, we do want to point out that the Terry McAuliffe interview is shorter than our interview with Glenn Youngkin. That was not by our doing,” WJLA anchor Jonathan Elias said. “Nick offered both candidates 20 minutes exactly to be fair for the interviews. McAuliffe abruptly ended 7News’ interview after just 10 minutes and told Nick that he should have asked better questions and that Nick should have asked questions 7News viewers care about. That’s what he said.”

Minock had asked McAuliffe about his anti-parents statement.

“So are you saying parents shouldn’t have a voice in their kids’ education?” Minock asked.

McAuliffe, who once had a comfortable lead in polls on his race but now is struggling to stay even, said, “Sure, parents should have a voice. And parents do have a voice.”

When asked if he misspoke, he responded, “No! I was talking about what we need to do, bringing people together. We have the state boards, we have the board of education and we have the local school boards who are all involved in this process. But the issue is how do we deliver a world class education.”

When the reporter moved on to question McAuliffe’s record on crime and public safety, a McAuliffe staffer can be heard interrupting to end the interview.

“All right, we are over. That’s it. That’s it,” McAuliffe said as he walked out. “Hey, I gave you extra time. C’mon man.