Mail Thief and his Accomplice Arrested in Moorpark

On Aug. 15, 2019, a concerned citizen from the city of Moorpark called the Ventura County Sheriff’s Office and reported a theft of mail from her residence in the 600 block of Spring Road.  Deputies from the Ventura County Sheriff’s Office – Moorpark Police Station responded, and with the assistance of the Moorpark Police Station Detectives, learned that the theft suspect was Brian Angeles.  Detectives and patrol personnel responded to Angeles’ home in the 100 block of Harry Street to arrest Angeles for the crime of PC 530.5(e)-Mail Theft.  However, Angeles fled from his home prior to their arrival.  A subsequent probation search of Angeles’ residence was conducted, during which multiple unrelated stolen items were located. Those stolen items were identified as property taken from three separate vehicles the night before in the 600 block of Spring Road. The stolen property was returned to the rightful owners.

Detectives and patrol deputies made numerous attempts to contact Angeles at his residence on Harry Street and other locations throughout the city of Moorpark during the next two weeks. During one of those attempts, Angeles’ girlfriend, Teryn Stevens, was contacted and advised by Moorpark Detectives that Law Enforcement officers were actively searching for Angeles to arrest him on felony charges. That advisement occurred on 8/28/2019.

On 8/30/2019, detectives   learned Angeles was staying at Teryn Stevens’ home in the city of Los Angeles. A surveillance of her residence was conducted and Angeles and Stevens were seen leaving Stevens’ home in a vehicle driven by Stevens.  Angeles and Stevens attempted to avoid law enforcement but were quickly apprehended.  Angeles was arrested for the thefts and his bail was set at $77,500. Angeles is currently in custody at the Pre-Trial Detention Facility in Ventura.  Stevens was arrested for being an accessory after the fact and was released on bail. Their court dates are pending.

The Moorpark Police Department actively works with its residents and encourages them to contact law enforcement for any crime or suspicious activity they observe. 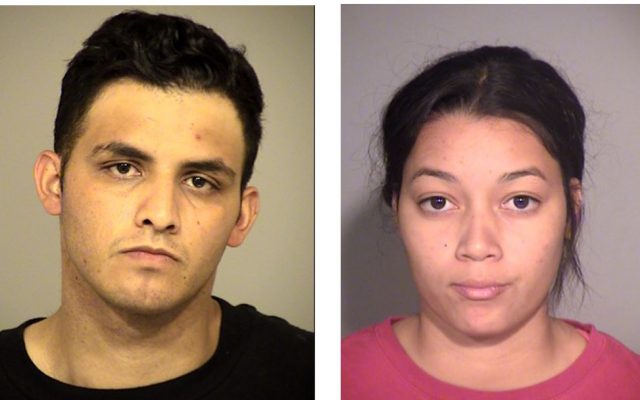