Freedom Loving Americans are also referred to as conservatives in the year of 2021. In the year of 1776, Freedom Loving Americans were referred to as liberals. They were called liberals because they believed that government should be a servant to a sovereign people. This was different from the way the world worked at that time. Ironically, those who would refer to themselves as liberals or progressives today, are advocates to revert to the concept of having a sovereign government that controls not only the lives of the people but also the thoughts of the people. These who call themselves liberals and progressives today want to revert to having the people once again become slaves to a despotic and dictatorial small group of people who consider themselves so superior that they should be controlling the lives of the “people”. This small group of people call themselves “the government” and are supported by the American left, Democrats, and RINO’s. The elite are the professional politicians, the bureaucrats, technocrats, the experts, or what we commonly call the “deep state”. 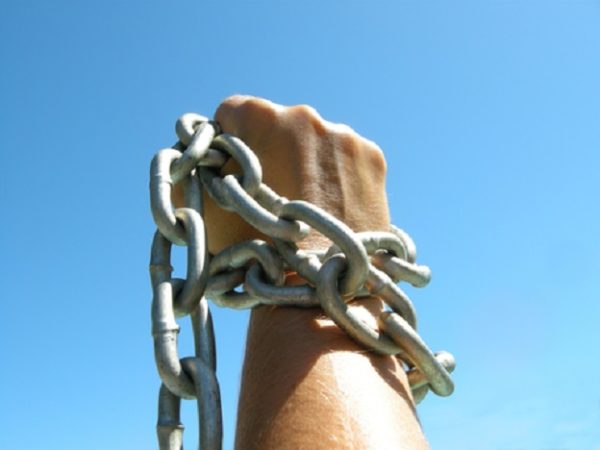 We Freedom Loving Americans are practical and yes, independent people. We do not accept what we are told to accept because some bureaucrat, technocrat, or expert has told us it is true. Our reaction is that we must be shown.

Likewise, we Freedom Loving Americans question the whole China Virus claim. Remember we were told millions of people would die from the virus within a year. What we know is very few people have died “from” the virus. We know people have died “with” the virus, and we know that many of those who died “with” the virus died needlessly because proven and known therapeutics that would have cured them were denounced, even outlawed, by bureaucrats, technocrats, and experts even though the therapeutics had been used safely for years.  We were told we must stop living life and wear foolish masks, only to learn that those who adhered to these draconian methods produced to better results in regard to the China Virus, but were devastated economically and socially. Now we are told to submit to being vaccinated with a vaccine that appears to be as deadly or more deadly than the China Virus itself. Accurate data with full disclosure has been totally absent and remains so.

We are told to believe that the election of 2020 was a fair election, even though we observed violations of the United States Constitution in the days leading up to the election, all in an effort to mail ballots to people who were no longer alive, no longer residents of the state, or were not citizens of the country. We had seen the harvesting of these ballots used in the elections of 2018 where 10% plus leads were miraculously turned into narrow losses as ballots were found in garbage cans and dumpsters until the Democrat had a narrow lead. We saw on election night of 2020 pole watchers being prevented from observing, a coordinated vote count stop that resulted in huge leads wiped out for Trump, and we have seen proof of manipulation of voter machines that were connected to the internet despite being assured that was not possible. Now we are seeing those who manipulated the election, doing all in their power to prevent any honest effort at auditing the results.

We are told by the bureaucrats, technocrats, and experts that Joe Biden is a good and honest person and yet we have seen in writing, seen on computers, and have heard from witnesses that met with him that he set up his family, including his perverted and addicted son, to sell the influence of his office for his own financial gain. The proof is so irrefutable that it can not be denounced but can and has been ignored and buried.

We are told by the bureaucrats, technocrats, and experts that there is no crisis on our Southern border, and yet people who have lived on or near the border are telling us that they have never seen more of a crisis than we have right now.

We are told by the bureaucrats, technocrats, and experts that there is no inflation, or that it is just transitory. We Freedom Loving Americans do not know what transitory inflation is. Inflation is increase in the price with no corresponding increase in benefit.  An example would be an increase in the price for a gallon of gas even thought the amount in a gallon has remained the same and the quality of the gas has remained the same. What we Freedom Loving Americans know is that the prices of gasoline, groceries, and other items have increased, we are paying more for the same items, and that is inflation.

We are told by the bureaucrats, technocrats, and experts that more government control over our lives and our thoughts is good for us. This same thought is echoed by the American left, the Democrats, and the RINO’s. We Freedom Loving Americans understand that government control over our lives and thoughts makes us slaves to the government and this is the core fabric of the ism’s, Marxism, communism, socialism, and progressivism. We are told we will all be happier because we will be in a socially just world, a totally conforming world, and a totally equal world, where our society will be in total harmony. We understand that societies throughout the ages have been told this same thing. We know Karl Marx was a recent writer and proponent of this philosophy. We know that this same philosophy of social justice and equality was adopted in Russia, later the Soviet Union, by the nation members of the Soviet Empire, by China, by Cuba, by Venezuela, and by many other nations. We know the ism’s have been total failures as they resulted in poverty, crime, and misery. Even today, the people of Cuba are in the streets demanding the removal of this despotic and dictatorial rule by the Dictatorship of the Proletariat. Yet today the bureaucrats, technocrats, experts, and members of the Democrat party are telling us that the United States must transform itself to this failed philosophy that is the opposite of our founding principles, the opposite of liberty and prosperity, and that defies human nature.

We Freedom Loving Americans fear what bureaucrats, technocrats, and experts in government tell us. We believe our founders, who again were liberals of their day because they understood the evil of big government, and who told us the biggest danger to the United States Constitution, that document they drafted and ratified to protect individual liberties and freedoms from big government, was big government. We Freedom Loving Americans believe what our founders told us is true. We have seen and are seeing the proof. They told us as bureaucrats, technocrats, experts, Democrats, and RINO’s would constantly make government bigger, more despotic, and more dictatorial.  They would tell us this is good. They tell us this will bring social justice, equality, and harmony just as all aspiring tyrants have done and do.

What we Freedom Loving Americans have been and are being shown is that the big government advocates, have lied and do lie constantly as they use any means to bring about their desired end of taking our individual liberty and freedom and replace it with a Marxist totalitarian state that we know will fail because it always has.