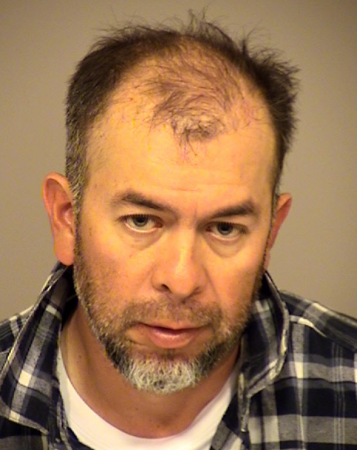 On the evening of 11/11/2019, Deputies from the Ojai Police Department responded to a local Gas Station regarding a suspicious fire. Upon their arrival, they found a large display sign engulfed in flames. After the fire was extinguished, deputies discovered a motorcycle leaning against the sign.

During their investigation, deputies learned the registered owner was  45 year old Atwater resident,  Juan Carlos Arellano. Deputies began searching the area, and they located Arellano at a local motel. While patrol deputies were interviewing Arellano, he admitted to purposefully lighting a fire at the gas station. Deputies placed Arellano under arrest for one count of PC 451(a), arson. Due to the heightened concern of wildland fires, and the rural nature of the Ojai Valley, Ojai Detectives assisted with the incident.

This is an open investigation, and anyone with information is encouraged to contact Detective James Douglas. Arellano is currently being held in custody and his bail is set at $100,000.