The man charged with killing former St. Louis Police Capt. David Dorn was convicted of a felony, but he never served a single day behind bars, court records show.

Stephan Cannon, 24, was supposed to be locked up for seven years following a 2014 robbery conviction, but he received a suspended execution of sentence and was let loose. He also violated his parole after his release on two separate occasions and was still not sent to jail, according to a Fox 2 report, which cited court records.

He was charged with first-degree murder in Dorn’s killing, but would have been behind bars until 2021 if he was incarcerated originally, Fox 2 reported.

“Captain Dorn was amongst other police officers that I had an opportunity to run into before even getting the opportunity to work in law enforcement,” St. Louis police officer Robert Howard told Fox 2. “Those were the individuals I looked up to. They wore the uniform with pride.”

Cannon was charged with shooting and killing Dorn on June 2 as the former captain stood watch over a friend’s business, Lee’s Pawn and Jewelry. He was reportedly left to die on the street as an armed group ransacked the store.

St. Louis was a hotbed for riots at the time of Dorn’s death. Four uniformed police officers were also hit with gunfire after protests and riots erupted following the death of George Floyd, who died after a police officer knelt on his neck for over eight minutes, according to video of the incident.

President Donald Trump extended his “highest respect” for the family of the fallen former captain.

Our highest respect to the family of David Dorn, a Great Police Captain from St. Louis, who was viciously shot and killed by despicable looters last night. We honor our police officers, perhaps more than ever before. Thank you! pic.twitter.com/0ouUpoJEQ4 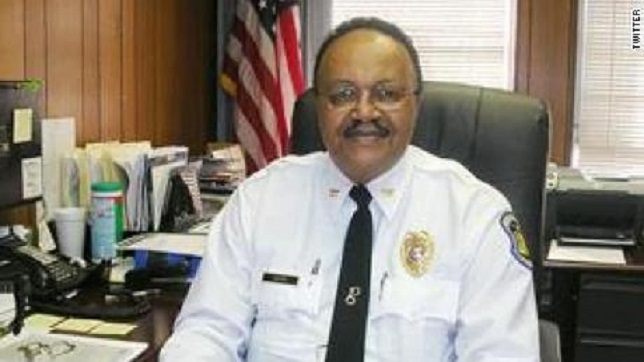