Two married off-duty police officers stopped a man who tried to rob a fast-food restaurant where they were having dinner.

Elizabethtown Police Detective Chase McKeown and Officer Nicole McKeown were having a “date night” at Raising Cane’s restaurant in Louisville, Kentucky, Saturday when a man with a gun ran into a store wearing a mask and demanded money from the cashier, according to WDRB. “I think we kind of both saw him at the same time,” Nicole McKeown said. Nicole says she thought at first that Carter might be sick, but then realized that something was wrong. That’s when she turned to her husband and said, “That’s kind of odd.” (RELATED: Teenager Shot And Killed While Rapping On Facebook Live) 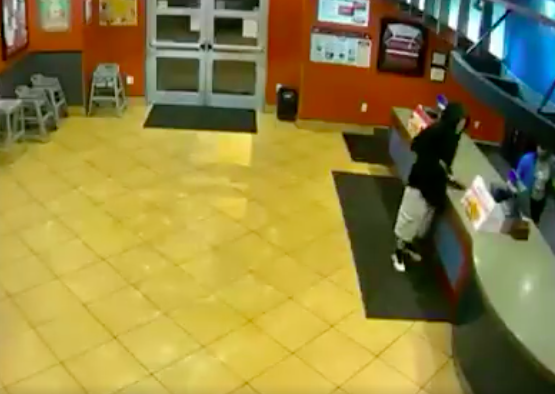 Both officers realized the restaurant was being robbed, Chase told Nicole to call 911, but she refused. “No — I’m gonna help my husband!” she said. Both officers then drew their weapons and approached the man, who dropped his weapon and ran away. The officers pursued him until he surrendered a few blocks away and uniformed police officers arrested him. 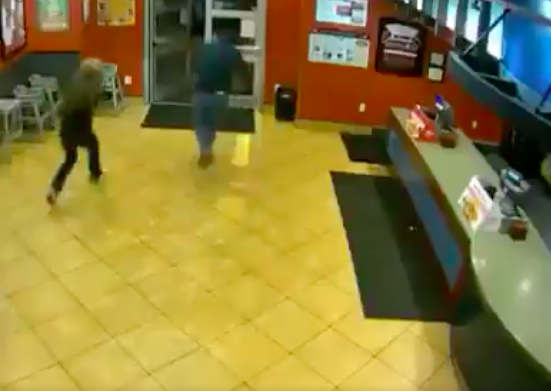 Justin Carter, 30, pleaded not guilty to robbery, receipt of stolen property and possessing a gun as a felon. A Raising Cane’s representative was waiting for them when they returned said “We are extremely blessed that they chose to dine with us. It’s because of good people like Chase and Nicole who give us good hope for tomorrow we’ll never be able to thank them enough.”