Not Free Enough to Choose

Paul Krugman believes he’s discovered a flaw in the work of a fellow Nobel laureate economist. The late Milton Friedman, Krugman writes, was under the mistaken impression “that more choice is always a good thing” due to taking for granted that “people have more or less unlimited capacity to do due diligence on every aspect of their lives,” but was unaware that “in the real world, too much choice can be a big problem” (“Too Much Choice Is Hurting America,” New York Times, March 1).

A closer look at Free to Choose makes clear that Friedman’s take on The Power of Choice (another Friedman title) is more sophisticated than the sheer boosterism suggested by a cursory name-check. Friedman contends that the free-market price of a commodity “transmits only the important information and only to the people who need to know.” It is precisely because it avoids “clogging the ‘in’ baskets” of producers that it allows them to focus on satisfying consumer needs. 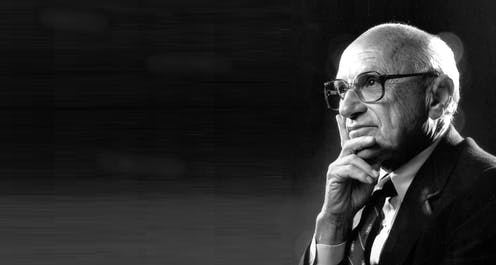 Krugman implies that the author of Free to Choose would have no problem with people being forced to choose between flavors of mandatory programs such as Medicare Advantage. The real Milton Friedman’s argument for a negative income tax as an alternative to welfare bureaucracies was that “replacing the ragbag of specific programs with a single comprehensive program” would be more effective.

Meanwhile, if you’re among the employees who “have to decide how to invest your 401(k)” pensions, or micromanage your health insurance, you lack access to options crowded out by government policies discouraging the creation of simpler programs not tied to employers.

As Roderick Long noted in 1994, “the market creates uniformity when customers need it, and diversity when they need that instead,” not foreseeing how quickly DVDs would date his example of how “video cassettes come with lots of different kinds of movies” but not “in fifty different shapes and sizes.”

Long suggests that free competition might bring similar innovation in areas where legal monopolies are deemed inevitable or “natural” (Friedman himself wasn’t confident enough in the power of choice to fully endorse “[Friedrich] Hayek’s proposals for removing any legal obstacles to the development of private competitive money”). That approach could send waste and confusion in political economy to join Betamax — and subsequent also-ran home video formats such as Digital Video Express and HD DVD — into the dustbin of history.