Nothing to See Here, Move On

Sooo, Biden says he is going to unite the country and be the President of all of us not just those that voted for him.

Well, if that were remotely true, he and the Left (the media including FOX) would not only be willing to support, but would encourage the legal challenges. If they were confident there was no voter fraud, they would have no fear that the recounts and court cases would find the same.  And if they really wanted to “unite” us they wouldn’t want half the country believing they stole the election.

The very fact that they refuse to acknowledge that there is ANY reason to question the results and their rush to claim Biden to be the President-Elect, when there are pending court cases and recounts AND President Trump hasn’t conceded, indicates to me that they are trying to shove this election down our throats, wear us down, get us to give up and accept it BEFORE we learn the truth. 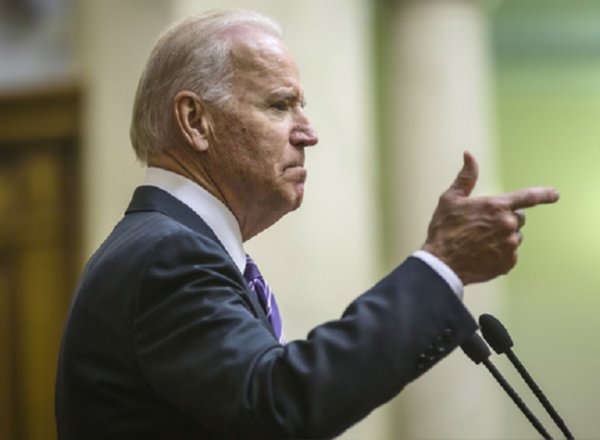 Let’s be clear here, Biden may very well be the winner, but there is plenty of reason to question and challenge the results. The fact that in Pennsylvania poll observers weren’t allowed to observe even after a Court Order requiring them to needs to be investigated. The fact that a computer “glitch” in Michigan in a program used in 30 states, resulted in 6000 votes for Trump being given to Biden needs to be investigated in all the states in which it was used. For me this is the most important to investigate.

I’m sorry but any reasonable person would acknowledge that in a VERY contentious election where election laws were changed last minute to benefit the Left, when mail-in ballots are sent unsolicited to ALL registered voters when we know voter rolls haven’t been purged of dead people, people who moved, who are registered more than once, etc. there IS reason to, at least, acknowledge there is cause for concern. We don’t, nor should we, accept “nothing to see here, move on”.

For the media to portray 71 million people as being nut jobs or conspiracy theorists for questioning the results when they helped the Democrats push FALSE accusations about President Trump, the Russian Collusion, the Mueller Investigation, the phony impeachment indicates to me that they aren’t serious about wanting to “bring us together”.  They spent 24/7 slandering the President, not acknowledging anything he did as good, pretending the Peace Agreements in the Middle East are no big deal, that the Trade Deals were no big deal, that Trump caused every COVID-19 death, , etc. etc. And now they want us to believe THEM and not question the results of the election? Let’s not forget, not one of the states has certified their results, the Electoral College has not voted, the media has NO authority to call the election.

We have WATCHED them for the last four years try EVERY trick in the book to get rid of Trump. They were SO frustrated that he didn’t give up the way every other Republican has in the past. They called Trump AND his followers racists, homophobes, White Supremacists, xenophobes, Nazi’s but now they say they want to “unite”?  Now they don’t know why we won’t just roll over and accept their illegal claim that Biden is the President-Elect?

In Kamala Harris’s pretend acceptance speech she said her election proved America wasn’t misogynistic or racist. So NOW we aren’t?? No, we NEVER were. We don’t vote for people based on their race or gender. If we didn’t vote for Hillary or Kamala for President it had nothing to do with their gender, it was because we didn’t think they were right for the job (not to mention they are the most corrupt, unlikeable people on the planet). The Left has spent many years calling America SYSTEMICALLY racist…..and electing Obama apparently didn’t change that, but electing Kamala did. (FACE PLANT!)

While the media and the Left praises Biden for wanting to “unite” us, behind the scenes they are compiling “lists” of Trump supporters they plan to punish. I’ve already seen many of them on social media telling companies and Corporations not to hire anyone who worked in the Trump administration. I’ve read Robert Reich’s “Truth and Reconciliation Commission”.  I’ve read the “Transition Integrity Project”. These are things that Communists do. I don’t know that they will actually retaliate the way they are threatening, but they ARE threatening. (Notice, the media never mentions these things, so don’t take my word for it, look it up).

Again, if there was “no evidence of widespread voter fraud” and they truly wanted to “unite” the country they would acknowledge our concerns, admit there is reason for them and WANT our concerns addressed. Gore had 37 days. The media didn’t demand he or Bush to concede. The Left would allow this to play out as it SHOULD. They would tell Biden/Harris to wait for the recounts and court cases to be resolved. But the fact that they are shoving this down our throats speaks VOLUMES to me.

I think I speak for most of us when I say if it is proven Biden won fairly, we are willing to accept the results. We might not be happy with them but we would accept them. We aren’t screaming at the sky, we aren’t dreaming of blowing up the White House, we aren’t looting and burning down cities. We believe in the Rule of Law and Trust but Verify.

If we aren’t allowed to have these issues addressed and resolved, explain to me how we can ever trust an American election again?