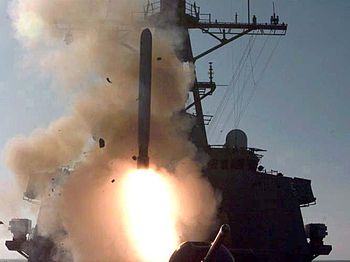 “We’ve laid out for the leadership of Iran what we’re willing to accept in order to get back into the JCPOA” US president Joe Biden said at a press conference in Jerusalem on July 14. “We’re waiting for their response. When that will come, I’m not certain, but we’re not going to wait forever.”

That’s an odd way of putting things, seeing as how it’s Joe Biden who’s spent the last year hemming, hawing, and finding new excuses to avoid “getting back into” the Joint Comprehensive Plan of Action, aka the “Iran nuclear deal,” while the Iranians have continually indicated that they’ll gladly “get back into” the deal any time the US does.

After a decade of the aforementioned US hemming, hawing, and finding new excuses to back out every time Iran said “yes,” the JCPOA was finally agreed to, signed, and ratified as a United Nations Security Council resolution in 2015.

It was an easy deal for the Iranians to accept, since all it did was forbid them to develop nuclear weapons, which they were already bound not to do under the Nuclear Non-Proliferation Treaty, and by a clerical fatwa declaring such development a sin against Islam, and which, according to both the US and Israeli intelligence communities, they hadn’t been doing.

The US, though, immediately started defaulting on its own obligations under the JCPOA, which involved lifting sanctions on Iran. And in 2018, US president Donald Trump announced that the US was henceforth going to just openly violate the deal. He characterized the violation policy as “withdrawal,” but the only way to “withdraw” from a UN Security Council resolution is to withdraw from the UN itself, which the US has not done.

Only since then, at a careful, slow pace, have the Iranians begun enriching uranium to higher levels than the deal allows for. Not to weapons or even NPT-violating level. Just enough to make the point that if the US won’t keep the deal, they won’t either.

Biden, meanwhile, pledged during his 2020 presidential campaign to return the US to meeting its obligations under the deal, but always with caveats and “what ifs.” And since actually becoming president, he’s worked overtime to avoid either a new deal or following through on the old one … all while blaming the Iranians.

The Iranians don’t seem to have, want, or be working on getting nukes. But for some reason, Biden seems bound and determined to poke and push at them until they decide heck, why not get nukes?

First, the US has effectively been at war with Iran for four decades, since the revolution that overthrew the US-puppet, CIA-installed Shah. Iran is an evergreen excuse for meddling in the Middle East and shoveling money at the US military-industrial complex.

Second, the Israeli lobby, which enjoys considerable influence in US politics, uses the fake “nuclear Iran” threat to keep US aid checks coming.

Biden should get off the dime and re-implement the original deal, or stop pretending he’s interested.