Ojai patrol deputies recognized a local Ojai resident in surveillance footage from the doorbell camera of a residence that was burglarized in Oak View.

On 6-29-2021 an Oak View resident received an alert from their camera enabled doorbell security system. The resident was able to view video footage of an unknown subject knocking on their front door and then walking towards the side of their house after receiving no answer. The resident contacted a neighbor and asked them to check on the house. The neighbor saw the same subject from the video walking out from behind the victim’s gate. The unknown subject left the area quickly in a green vehicle. The victim returned home and found that the subject had entered their house through an unlocked door and took cash and jewelry from an unlocked safe.

The victim reported the residential burglary and deputies from the Ojai Station responded. Deputies reviewed the video footage and recognized the subject from previous law enforcement contacts as Wyatt Revard. Detectives were advised and later became aware that Revard was arrested in the City of Ventura for unrelated charges less than four hours after the burglary occurred. The Ventura Police were able to provide detectives information about the vehicle he was driving at the time of his arrest. That vehicle was located in the City of Ventura. Detectives responded and seized the vehicle believing it may contain evidence from the residential burglary. Revard was interviewed at the Ventura County Jail and supplementally booked for burglary.

The Ventura County Sheriff’s Office and the Ojai Police Department would like to remind citizens to secure their property and valuables. In addition, surveillance cameras and security systems are valuable investigative tools to help identify criminals and help prevent crime. This case was brought to a swift close because the victim had a working camera system and deputies were familiar with those in the areas they patrol. Additional jewelry and property stolen from the victim is still outstanding. If anyone has any information regarding this crime, they are asked to contact detectives at the below listed number to try and help recover the victim’s property. 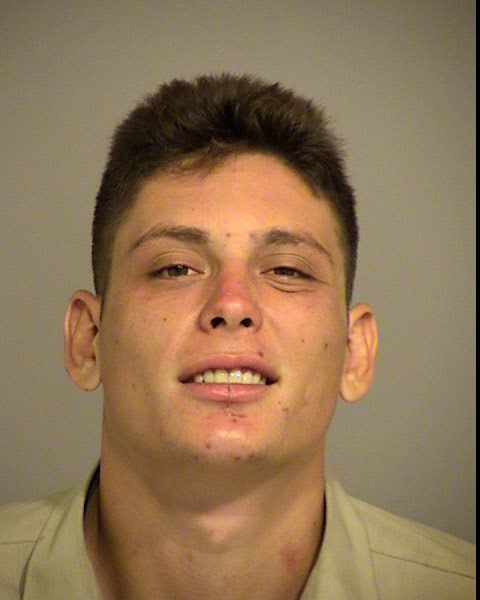 Captain Obvious to the rescue!