On This Father’s Day Our Mother Earth Weeps!

2020, will go down in history, for most of us boomer and younger generations, as perhaps the most brutal and agonizing year of our lifetime. It seems no one has been spared from the deadly and calamitous COVID19 worldwide pandemic. Infection, onset of illness, acute suffering, and for far too many of our sisters and brothers, death! According to some eminent epidemiologist, infectious disease doctors, and scientists, we in America, are right in the eye of the storm with much more infections, suffering and death to come!

Mother Earth helps us, as it appears abundantly clear we can’t or won’t do nothing to help ourselves! We humans inexplicably and stupidly do our very best to destroy the mysteriously delicate, infinitely complex and wondrously inextricable connection that every living being has to one another! The blood and life of Mother Earth that ran through Gorge Floyd, Sandra Day, Jose Campos Torres, Alfonso Limon, and Maegan Hockaday runs through every single animal, plant, river and ocean on earth. Everywhere we turn our ubiquitous cell phones to record infinite barbaric and heinous atrocities, we commit and which are revealed convict us, the human race, to be at times nothing more than monsters. We are pathologically, systemically, and deliberately killing every living thing in our monstrous wake.

That same Mother Earth blood and life that runs in the meek, poor, oppressed and murdered runs in the veins of killer cops and pathetically insane politicians. We are one in blood, yet so unequal in the possession, enjoinment and consumption of Mother Earths cornucopia of natural and wondrous resources. 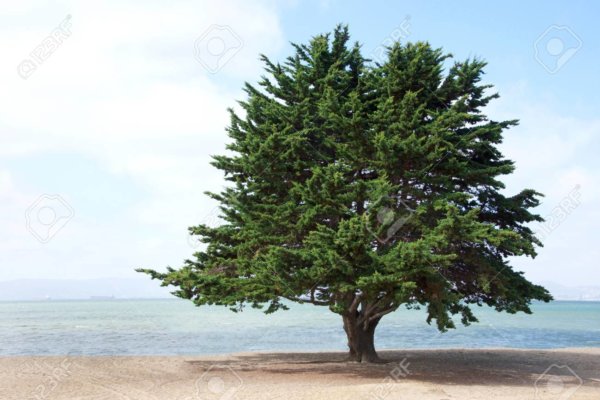 I write this note as I weep and watch in impotent horror and disbelief as a group of young hard working “essential workers” (the new bullshit bourgeoisie flavor of the month word for poor folk) Latino workers decimate and destroy with roaring, indifferent chain saws a majestic grove of mature Monterey Pines that have for decades been the ever shrinking and safe habitat for owls, doves, hawks, possums, racoons,  squirrels, rabbits, Bobcats, Coyotes, deer and countless other animals, plants and wildlife that will be now and forever be left “homeless” and displaced so that some rich land owner can make room for more houses, a hotel, or perhaps a small shopping center. In a three day period these “essential workers” cleared the Monterey Pine grove that took perhaps a century or more to grow to its mature majesty. These “essential workers” are, of course, nothing more than ponds, captives and indentured to the very real and brutal fear and coldblooded truth that they will “cut, slash and burn” anything the patron commands or else get fired, be without work and go penniless and hungry once again as they were in their native country. (As we Mexican “essential workers” campesinos say, pues que mas nos queda, pero echarle ganas al jale cabron). In other words we have no choice; those Monterey Pines get cut down or our families go hungry and homeless, worse we return or are deported, broken and gutted, to the native country that we fled from, that will this time around probably kill us.

So that got me to thinking about how cops do their job as “essential workers” in America.  Cops in America are not disenfranchised, they do not go hungry, and they are not persecuted, tortured or jailed, like many of the Latino or world-wide immigrant “essential workers” that labor in this country and throughout the world. No the cops of America have had it very much their way for over two centuries. The American cops is the quintessential hero of our communities, celebrated by hypocritical politicians, scared shitless of “them” voters and elevated to superman status by Hollywood and the media.

This status of “essential superman” has not been lost in the spin rooms of hypocritical politicians, the public relation departments of the rabid American Police Unions, and with the superrich capitalists that run this country. Make ever American cop a walking, talking John Wayne, with real bullets, the unique and awesome powers to detain, interrogate, arrest and kill, and they will keep us all nicely segregated, separated and safe from “them”.

The campesino, the nurse, the doctor and the cop are all “essential workers” in this current pandemic crisis, but they are not viewed equally in the eyes of this society, nor are they afforded the same powers. Only the American cop has the power to kill, with the clad-iron protection of judicial impunity, and held universally righteous and incapable of wrongdoing by the scared of “them” white America electorate. This dangerously and intentionally warped image of American cops has cost the lives of thousands (if not millions) of men and women of color for over 245 years. That despicable racist American cop history that has been business as usual in communities of color for 245 years, it is now over!

So for father’s day I will continue to plant seeds, seedlings, broken and damaged cutting of every imaginable plant that I come in contact with and work to nurture and  defend my Mother Earths against the forces of death and destruction. At the same time I will continue to work in the community to honor the death of all the sisters and brothers of color that have died at the hands of the cops. I will work until my dying breath to make community safety a paradigm developed, defined and administered by the community and not the cops. I will work to destroy and abolish the current American institutions of policing that never, ever, grasped the concept that cops are our hired public servants (nothing more!), and that they are hired by us to do lawful, smart, professional, equitable, and just police work (nothing more) that augment the holistic ever evolving community safety efforts lead by and managed by the community. I will work to make the cop an “essential worker” that will always be held accountable, transparent and held responsible for his/her actions. As a father, a grandfather, friend, and mentor I have no greater honor and privilege than to serve my community.

His job title is all you need to read.

Another replay of the communist talking points. This guy hasn’t written one word that he formulated. He has taken the Communist manifesto and Marxism handbook and replayed them as his thoughts. He would be fired from any credible news source.

ADDA Statement Regarding The Recall Of SF DA Chesa Boudin