One-Year Contract Agreement Between S.F. Schools And Teachers Union Offers Up To $10,000 In Bonuses 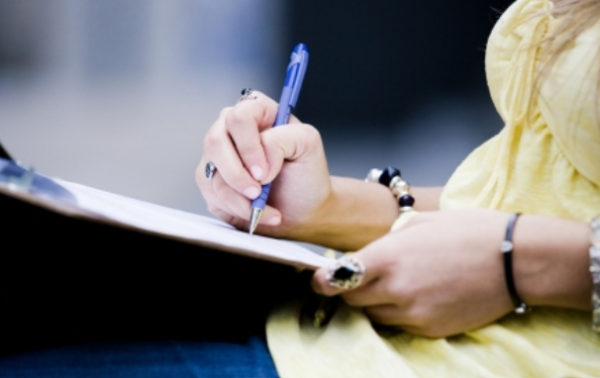 The tentative contract would give teachers $4,000 in bonuses next year while increasing substitute pay up to $60 per day. The deal also includes a $3,000 bonus for Advanced Placement teachers and another $3,000 for teachers in hard-to-staff schools.

That means a teacher who qualifies for all three could see $10,000 in bonuses next year.

The agreement does not include ongoing raises, other than the guaranteed increases associated with years of experience and education levels, but does offer some immediate financial relief for educators, union officials said.

“Given all of the struggles educators have been through over the past two years, we are relieved that we could get one-time compensation directly to all members, as well as a much needed increase in substitute pay,” Cassondra Curiel, president of the United Educators of San Francisco, said in a joint statement with the district. “We are fighting for the schools our students deserve in a particularly challenging period. This is a step in the right direction.”

The district is facing a $125 million shortfall next year, as well as a $140 million deficit the year after, leading to an appointed state expert to advise the district and review contract agreements. A staff raise would probably have been rejected by the expert.

“We are living through a moment in history with challenges we have never faced before, and educators continue to inspire us with their resilience and strength,” said Superintendent Vince Matthews. “We are extremely pleased to reach an agreement that supports our educators, our students and our communities.”

The agreement came on the same day the district sent letters to some teachers and other staff advising that they were on a list of people who could get preliminary layoff notices in March.

The school board has adopted a budget plan that is expected to cut $50 million from classrooms, in addition to reductions at the central office and among various programs.

That will include balancing classroom enrollment, to ensure teachers are spread evenly across the district, reducing the number of teachers required. Currently, some teachers have a handful of students, given lower enrollment than expected, while others at different schools have full seats. The school board voted in the fall against shifting teachers to address the disparities.

District officials have said there will probably be staff reductions, although the numbers could change dramatically before official notices go out May.

The tentative deal reached Friday requires approval and is subject to a vote of union members and the school board.

The agreement includes suspending teacher sabbaticals for a year to help mitigate teacher shortages, while also suspending an extra preparation period for Advanced Placement teachers. Those benefits are not standard items in teacher labor agreements and combined cost the district nearly $10 million per year.

The one-year pause on the extra preparation period is arguably the most controversial part of the agreement.

Click here to read the full article at the SF Chronicle