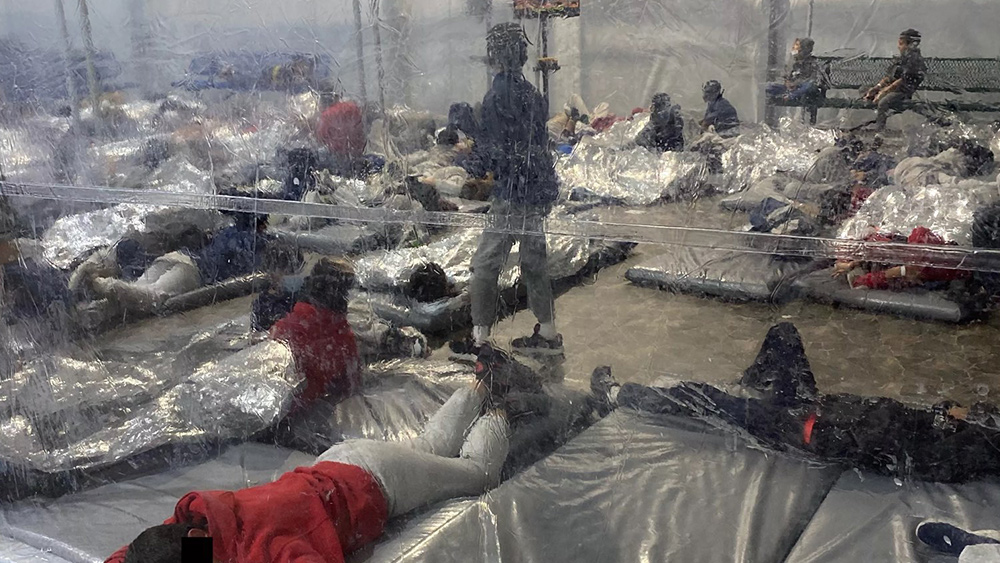 (Natural News) The Biden regime has reportedly “lost track” of some 45,000 illegal immigrant children who arrived at America’s southern border before mysteriously “disappearing.”

This represents nearly half of the 114,000 missing persons cases that have occurred at the border just this year, which critics say is suggestive of foul play by Biden and his cronies.

“The decision to weaken the vetting process contributed, in part, to the Biden administration’s loss of contact with 40% of the more than 114,000 unaccompanied children who entered the U.S. illegally,” reported Just the News, citing data obtained by Axios via a Freedom of Information Act (FOIA) request.

The Center for Immigration Studies (CIS) warned back in September that nearly half of the time, the Biden regime is not following up with unaccompanied illegal minors. The potential consequences of this could be dire for the children.

When the Trump administration was “unable to account for the whereabouts of around 1,500 children released from [Department of Health and Human Services] shelters during a three-month period,” the media grilled the former president, despite his efforts to end child trafficking. Now that Biden has “misplaced” 30 times that number of children, however, the media is mostly silent about it.

“If all this sounds familiar, that’s because it’s redolent of a 2014 incident in which UACs [unaccompanied minors] were found to have been placed with traffickers, who then forced them to work up to 12 hours a day, six to seven days a week, on egg farms in and around Marion, Oh.,” reported CIS.

By refusing to seal up the border and stop the flow of illegals, many of whom are children, Biden “is presiding over the abuse of children,” Abbott says.

Following a recent trip to southern Texas, Department of Homeland Security (DHS) Sec. Alejandro Mayorkas said that the number of illegal immigrant apprehensions so far this year has topped 212,672, which is a 21-year high.

“It is out of control,” added Rep. Michael McCaul, a Texas Republican. “It’s a self-inflicted wound.”

This rampant lawlessness by the Biden regime is not going unnoticed, especially since Kamala Harris has yet to even make an appearance at the border. Many are wondering what exactly this woman is doing other than hiding in the shadows while Resident Biden makes a total mockery of the office of president.

“The Biden regime is creating a lawless situation just like the one where these immigrants came from,” noted one commenter at Headline USA. “This is a tragedy.”

“One can’t lose track of someone they never had ‘track’ of in the first place,” wrote another. “The Biden cabal mixes incompetence with stupidity in large measures.”

Others pointed out the hypocrisy of the mainstream media being silent about Biden’s complicity in the child trafficking situation at the southern border when Trump was blasted endlessly for allowing just a fraction of this amount of activity to occur under his watch.

“That is about 90x more than Trump’s admin and the progressives celebrate,” one commenter wrote. “Not only that, Trump worked to unite kids with families, some which would not take their children back. Biden isn’t even trying.”

Yet another suggested that these missing children are clearly “fodder for traffickers, sex trade and otherwise.” That the Biden regime has done absolutely nothing to even try to stop any of it speaks volumes about its true nature.

The latest news about the Biden regime’s child trafficking activities can be found at Evil.news.