March brought concerns over the COVID-19 pandemic, which has touched all facets of life, including the environment. 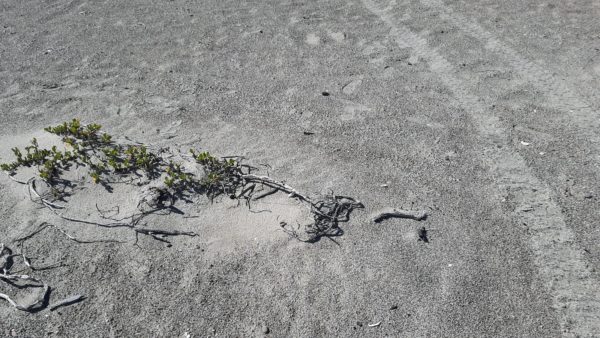 Ormond Beach historically has been rife with problems, but with the recent attention the beach cleanups drew at the beginning of the year, progress was being made toward making the beach more hospitable to both humans and wildlife.   However, COVID-19 has halted that progress. The active homeless encampment on the Halaco slag pile continues to persist during this pandemic which is troubling, given its potential to contribute to community spread of the virus. Only trained professionals outfitted with personal protective equipment should enter the encampment, but no one really knows if and when this will happen. Normally, Dial Security  patrols The Nature Conservancy property located next to Ormond Beach.  Moreover, in the wake of the COVID-19 pandemic, locals are not walking Ormond Beach as often either. Fewer eyes on Ormond Beach mean that scofflaws will do what they do unchecked, and recently there has been an uptick of criminal activity on Ormond.

March also brought its first western snowy plover nest and clutch.  The western snowy plover is a federally protected bird, so what should have been a celebrated event instead brought distress.   As seen in the photo above, tracks from an unauthorized off-road vehicle came dangerously close to a nest and two eggs (hidden in the dune vegetation).

A report by Cynthia Hartley, the Executive Director President of Ventura Audubon Society, describes the extent of the damage and the violations:

Ventura Audubon conducted a nest survey on March 24 and found that an off-road vehicle had recently entered the fenced nesting habitat from TNC property causing significant damage to the dunes and habitat.  The vehicle drove all over the inside of the north fenced area, doing donuts and running over dunes. The tracks were fresh and had been created sometime during the previous 2 days. Not only is this activity prohibited by the Ormond Beach Ordinance,  but there were multiple violations specifically called out in the ordinance (motorized vehicles, damaging dunes, tampering with the fenced habitat)….. During the same survey, the first snowy plover nest was also found which the off-roader missed by feet. Hadthis happened later in the season when least terns are present and nest in high density in the same location,, this would have potentially destroyed large numbers of nests…

This information was conveyed to both the Port Hueneme and Oxnard police departments.

The two western snowy plovers in the photo to the left might be the parents.  Fortunately, the parents did not abandon the nest.

The western snowy plover and the California least tern are both federally protected under the Endangered Species Act.  Disturbing these species during nesting and feeding hurts their ability to survive and breed and may even cause death, and by both State and Federal definitions this is considered “take” and is prosecutable.   The California Department of Fish and Wildlife urges the public to call the CalTIP hotline (1-888-334-CalTIP) if they see what they think might be “take.” The public is also urged to alert the Oxnard Police Department (805-385-7600) and the Port Hueneme Police Department (805-986-6530). The idea of “take”  is also why domestic animals are banned by the Ormond Beach ordinance. Snowy plovers and least terns are instinctively afraid of even well behaved dogs, and when dogs are present their survival is negatively impacted and chick survival is poor.  Everyone can do their part by respecting these sensitive species and obeying the ordinance by exercising dogs on beaches where they are allowed.

More eyes are needed on Ormond Beach, and right now all of us could use some exercise and fresh air.  Consider taking your walk along Ormond Beach–just remember to practice social distancing.