Over $1 Million Ordered Paid in Lawsuit Against Car-Donation Charity 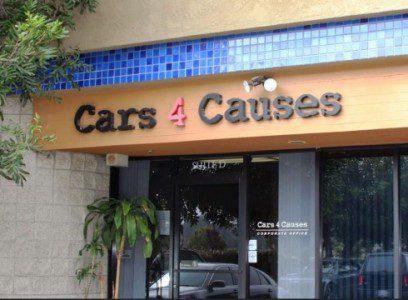 The settlement resolves a civil action, filed jointly with California Attorney General’s Charitable Trusts Section, in the Ventura Superior Court, County of Ventura, which alleged Cars 4 Causes, along with its officers and directors, violated California’s false advertising and unfair competition laws by misrepresenting to donors that their designated charity would receive 70 percent of the net proceeds of all donations. The complaint also alleged the defendants, instead of forwarding the funds to charities, spent the proceeds on advertising, operating expenses, and their own salaries. The complaint further alleged that Cars 4 Causes’ last tax return reported that, despite raising over $5 million in donated vehicles, less than 10 percent of its proceeds were actually paid to charities. The complaint further alleged that Cars 4 Causes failed to forward $2 million in outstanding proceeds to thousands of charitable organizations around the country, including over $600,000 for charities serving the sick and providing medical research, $250,000 to children’s and education charities, $230,000 to religious organizations, $200,000 to charities serving the poor, and $100,000 to veterans’ organizations.

The settlement includes a Final Judgment and Permanent Injunction entered by Judge Vincent O’Neill on June 10, 2019, against Cars 4 Causes, three of its corporate directors, and its certified public accountant, who were collectively ordered to pay $920,000 as restitution to charities and $100,000 as costs of investigation. They were also ordered to dissolve the corporate charity Cars 4 Causes. The injunction against the defendants permanently bans them from operating any charity or commercial fundraiser in California in the future.

The Ventura County District Attorney’s Office is the public prosecutor for the county’s 850,000 residents. The office employs approximately 280 employees including attorneys, investigators, victim advocates, and other professional support staff who strive to seek justice, ensure public safety, and protect the rights of crime victims.