Over the Road Collateral Damage

“Collateral Damage” is the terminology that is used to describe the unintended consequences of a policy or action.  Usually the results aren’t good.  This is not a situation where climate change allows farmers to commercially grow oranges in Alaska. We are talking about the school of hard knocks.

A prime time example of this is Assembly Bill AB-5 passed by the California Legislature which makes independent contractors with Uber and Lyft into employees of these companies.  This allows them to trade their entrepreneurial freedom for medical, vacations, family leave, job protection and other benefits hourly employees often receive in other vocations.

While the intentions of AB-5 seems honorable, they are not necessarily what many individuals who contract with these ride share companies desire.  The freedom to run their own business, work flexible hours  drive passengers to destinations they feel are safe, have value to some that goes beyond what AB-5 offers. 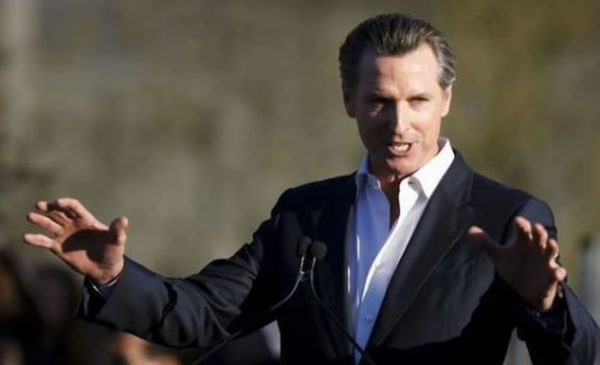 Unfortunately, the one size fits all AB-5 approach does not does not work for many current ride share contractors. Does this matter to the sponsors of the legislation? Hardly! For them, implementing socialistic policies that discourages small business trumps all other considerations.

The minority of drivers who want the guarantees of the new legislation have always had the option of driving cabs or delivery vans in the name of job security. The government in Sacramento likes this because it makes it easier for their Union friends to organize these people to join their ranks.

The good news is that altering the way ride share gig economy companies do business does not impact the lives of those affected so much, as with other industries.  In California the booby prize of AB-5 is own operator truck operators.  These individuals perform a similar task as Uber drivers but have invested in some cases six figures to buy and lease equipment.

How the present system works is that drivers use brokers to get them contracts to take loads to and from the docks.  For putting these drivers together with clients, paying for permits, providing some insurance coverage and collecting on invoices, owner operators pay a percentage of their gross revenue back to the trucking companies / freight brokers.

Under the current arrangement after drivers, pay off their rigs, take care of maintenance, gas, and insurance, the revenue left over can leave them with net income of between  5 and ten thousand dollars a month.  Much like ride share drivers, how much they makes is determined in part  by amount of time worked, routes, and who they contract with.

If things stay as written with AB-5, the whole world of owner operator truck drivers will be altered. Instead of the present system they will become hourly employees of companies and not be able to cherry pick routes that fit their schedules.  They will trade job security and defined benefits for the freedom that the life of an owner operator currently provides them.

What will the end game of Owner operators having their businesses destroyed by AB-5?

None of these options are very appealing and in some cases amount to a cruel game of Hopson’s Choice.

The end result is that larger companies that can afford to absorb the added expenses brought on by AB-5 will end up being the survivors who end up doing the work previously performed by owner operator truck drivers.  Such a likely result is what the legislators in Sacramento hope for.

These new mega trucking organizations will be easy picking for the teamsters, longshoreman, and other unions to organize workers. Drivers not being responsible covering their overhead any longer, will want to maximize their hourly wage. This is where unions will step in to help these individuals reach these goals.

Such changes will bring the economy in California additional costs of moving containers for importers and exporters.  Having been in this industry my whole life, I would imagine that implementing Ab-5 will result in adding approximately $200.00 more per load than the present system.  This is where the unintended consequences come in.

Because of this extra cost warehousing and distribution centers in California will lose business to other States and regions.  This means fewer jobs up and down the supply chain for everyone from drivers, fork lift operators, warehouse workers, mechanics, to other individuals involved in the work force.

This is where the unintended consequences of Ab-5 come in.

Maybe this doesn’t matter to Gavin Newsom and the Progressive legislature.  They might be happy reducing pollution keeping tractor trailers off the road.  Perhaps those who lose their jobs in transportation can find higher paying and more environmentally friendly industries for which politicians have guaranteed millions of positions in the “Green New Deal” economy.

The sponsors of AB-5 might think that that transportation services that depend on fossil fuels are from the dinosaur age and should receive a kind of “benign neglect” to be put out of their misery.

This is yet another example of job killing legislation coming from the People’s Republic of California. No wonder a recent Pew Research Center poll showed over half of Californian’s said they intended in the near future to leave the state because of the oppressive political environment,  high taxes, regulatory policies, cost of housing, job killing laws, and poor public school  education.

Going one step further it seems absurd to take away workers freedom as AB-5 surely does in the name of standing up for Blue Collar rights.  This Carl Marx lite approach has never worked at any time in history.  Why then would such a system ever be successful in California?

It is no surprise the opponents of AB-5 are threatening to by place an initiative on the ballot next year to repeal this Draconian legislation.  My only fear is that if the initiative succeeds, it will be challenged in the courts or diluted by the legislature similar to when a rent control measure 10 was defeated last year. Soon afterwards, the legislature defied the will of the people and passed a slightly different form of rent control that the voters previously rejected.

Other than throwing Gavin Newsom and his associates out of office, there is little anyone can do to provide meaningful opposition to Progressive policies.  Short of electing more Republicans to the legislature next year or doing a “Gray Davis makeover” to the Governor, the people are at the mercy of their leftist government.