The new Kendrick Brothers (Alex and Stephen) movie Overcomer which came out in theaters on Aug. 23rd is an inspirational Christian movie worth seeing despite the one-star review by Roger Ebert who doesn’t seem to like faith-based movies.  In fact, the movie has made almost $27 million (as of Sept. 12) since its release and is out-performing the projected box office revenues from the opening week (this means it is gaining traction with time).  The movie ranked fourth its first week in box office sales and this past week ranked second.

The Kendrick Brothers are creators of War Room (which earned $67 million) and Fireproof and Courageous (both of which earned more than $30 million).  The film’s production budget was $5 million.

The theme of “Overcomer” is reflected by the question:  “What do you allow to define you?”  The book of the same name written by Chris Fabry (2019) recounts the story of basketball coach John Harrison’s (Alex Kendrick) response to his high school (Brookshire) team’s state champion dreams being crushed when the largest manufacturing plant in town suddenly shuts down and hundreds of families begin moving.

Urged by the school’s principal, Olivia Brooks (Priscilla Shirer), to coach a sport—cross country—he doesn’t know or like—Harrison changes as he begins coaching one athlete, a girl, Hannah Scott (Aryn Wright-Thompson) who is a gifted runner but has asthma.  The history teacher and coach is assisted in this endeavor by a new friend he meets at the local hospital, Thomas Hill (Cameron Arnett) and his wife, Amy Harrison (Shari Rigby), who also happens to be a science teacher at Brookshire High School.   Also, in the movie is Alex Kendrick’s real life son Caleb Kendrick, who plays his on-screen son Will Harrison; along with Jack Sterner (who plays his on-screen older son Ethan) and Barbara Scott (Denise Armstrong) who is Hannah’s grandmother.

“At some point, you will ask yourself who you really are,” said Hannah.  I used to struggle with that.  I felt like I was a mistake and had no place in this world.  I felt unloved an unwanted.  I got so many mixed messages from the world round me that I lived in confusion most of the time.  but when I met the One that created me, I found my identity.  It doesn’t come from what the culture says to me, or even how I feel at any given time.  The Creator is the One that get to define His creation.

“I still have good days and bad days.  I still have struggles.  But through all of that, I know that the One that loves me and died for me is with me.  He overcame everything for me.  Sin, suffering and death.  So, I walk with Him every day.  I trust Him every day, no matter what.  And since my identity is found in Him, I know exactly who I am.”

Overcomer, a 119-minute film, can be seen in Ventura County at the Century River Park 16 (Oxnard), Roxy Stadium 11 (Camarillo), and Simi Valley Regal Stadium 16.  To view the movie trailer go to:  https://www.youtube.com/watch?v=oRJKI3oJJwA

Bible studies and an Overcomer clothing line are available through Christian Books at:  https://www.christianbook.com/page/dvds/featured-dvds/overcomer-movie?kw=overcomer&mt=p&dv=c&event=PPCSRC&&p=1020037&msclkid=a9244f74f1551be61552120f2363d357&utm_source=bing&utm_medium=cpc&utm_campaign=Bible%20Study&utm_term=overcomer&utm_content=overcomer 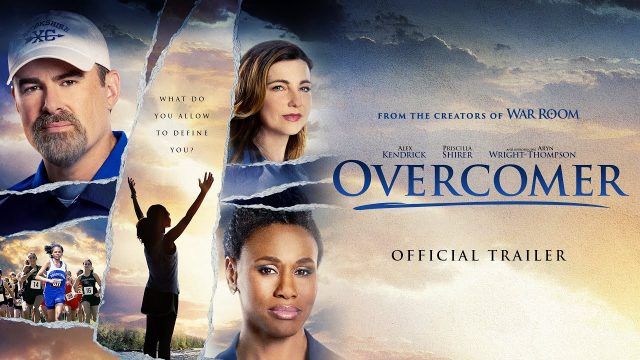 Michael Hernandez, Co-Founder of the Citizens Journal—Ventura County’s online news service; editor of the History Makers Report and founder of History Makers International—a community nonprofit serving youth and families in Ventura County, is a former Southern California daily newspaper journalist and religion and news editor  He has worked 25 years as a middle school teacher.  Mr. Hernandez can be contacted by email at [email protected].