The City of Oxnard approved $403,650 from our Landscape Maintenance Districts (LMD) monies to pay NBS/CivicMic, Temecula, a consulting firm, to convince us to volunteer, have CAGs (Community Advisory Group), and switch to Mello-Roos (special tax levys for enhancements to neighborhoods). This is usually done with new developments property tax assessments to pay for maintenance of public space landscaping, parks, sidewalks, medians, and streets. This is being done via their so-called “ReNew Program” by City of Oxnard. 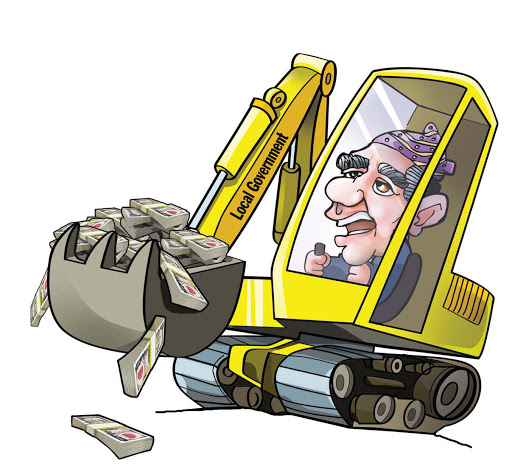 The use of this money from LMDs for this purpose may be illegal. Mello-Roos or CFD (Community Facilities District) funds provide far more latitude to spend money, and are considerably more expensive to the taxpayers. The FY19-20 Engineers Report showed Westport @ Mandalay Bay, and portions of SeaBridge paying up to $3,700 Mello-Roos assessments per parcel! How much we may be paying, if voters approve by 2/3 vote? And what do we get for that money?

City Hall is targeting specific LMDs for this campaign, twenty-seven of the remaining forty.  They are including LMDs that have money to take, and leaving the cash-poor ones out. I guess they are not concerned about the landscaping in those neighborhoods, as there is no money to go after. And we should trust them, and give much more money to them because of the excellent job they have done so far? What about all those promises from Measure O (1/2% supplemental sales tax), and more recently Measure E (additional 1.5% sales tax increase)? They sold us on enhanced landscaping, parks, streets, to get that extra money.

LMDs are for neighborhoods’ interior landscaping, sidewalks, and street lighting maintenance only. They also want to bundle the perimeter maintenance into these new CFDs. They are hoping to include areas that are not included in LMDs also to sweeten the pie.

When they successfully abdicate any General Fund commitments toward these basic services, and add a significant tax burden upon us again, what promise do we have that this will be done well? None!

They are using our LMD funds to pay for this campaign to sell it to us. That is right! They are using about 30% of the $1.4 million in LMD taxes toward “Community Outreach for CFD”, as stated in the Complete Engineer’s Report on LMDs.

Standard Pacific-#12 LMD, my district, pays $22K, of which $15K is allocated for this campaign. That is 68.2% of the money supposed to provide maintenance. So they are reappropriating OUR money to pay for their propaganda for their proposed program! Little wonder we can’t get our trees trimmed- no money left to do it.

There are LMDs in which the City has used up to 70% of the total tax revenue for admin fees! In one case, they took in a little under $1 million, and $700 thousand went to admin fees! Back in 2017, in a closed session, they voted to keep secret the LMD admin fee audit report. At the January 30,2018 City Council Meeting, Bert Perello, Councilman from District 1, asked to make this report an agenda item. He was voted down, 2-3. Over the phone, Bert promised me at the March 16, 2021 meeting, he would bring it up again.

At one of the ReNew meetings, Pablo Perez, of NBS (City-hired outside consultant to help manage LMD’s, said the General Fund was never intended to pay for public space landscaping on the perimeter! Then all the propaganda for enhanced landscaping, parks, streets was a bold-faced lie to get us to vote or Measure O and Measure E sales tax increases.

Now that they have that money secured, they act like landscaping and the other promises were never the intention to begin with. The recently approved Five Year Plan for spending did not include any of these items. They misuse taxpayer money, hide audits, take assessment monies for campaigns for more taxes, perhaps illegally, threaten us with much worse conditions if we don’t give them the money, ask us to work for free to do their job, pay consultants to tell us what is wrong, and manage our volunteerism, give us powerless CAGs, and seek significant increases in our tax burden. This is not good governance; this is a criminal extortion racket!

Think long and hard before letting them talk you into voting for this Mello-Roos! A plan that relies upon retired volunteers, and adds more tax to what they already should be doing in the General Fund is no plan, it is  highway robbery! And let’s see the secret portion of the LMD admin fees audit they voted to hide before we make any decision. City Hall needs to come clean, and DO THE RIGHT THING!

Editor’s note: The city  has a history of terrible mismanagement of LMD’s. In recent years, the campaign by local neighborhood Council leader and civic activist Mike Gleason and city efforts helped to improve that, but he and Mr. Partello still see significant problems. Partello believes that ReNew is a step in the wrong direction.

By Mike Gleason. Editor’s note: Landscape Maintenance Assessment Districts were set up to manage maintenance of common areas in newer neighborhoods of …

Do Oxnard residents want to get our trees trimmed, sidewalks …

May 25, 2018 • By Citizen Reporter … Michael Gleason– Praises those who advocated abolition of nuclear weapons. What to do about … Jackie Tedeschi- California Cove LMD #14- Only receive …

The views and opinions expressed in this commentary are those of the author and do not necessarily reflect the official position of Citizens JournalDouglas Partello is a homeless advocate, community activist, retired neonatal respiratory therapist, Executive Director of Nicaraguan Children’s Fund.

Didn’t Oxnard just pass Measure E? Aren’t they expecting millions? So how do they justify this?

Mello-Roos devalues your property. This is terrible for homeowners. Another attack on Private Property?

You are right. When you sell your house, the Mello-Roos taxes follow the new owner. But more importantly, by not paying from the General Fund, the City is putting those basic maintenance services on the backs of homeowners, and property owners. More broken promises (Measure O & E).

Doug, you are simply wrong. When a person purchases a home, they have full knowledge of the amount of assessments for the LMD or the Community Facility District (CFD) that affect that particular home. That is not a broken promise from the City. but a cost that the person (now homeowner) chose to assume. Generally, an LMD or CFD will provide a higher level of maintenance and improvements that can increase property values for homeowners who live in that community.

When it is a new development, sure, homeowners take on the Mello-Roos assessment, or LMD. Everyone knows that. But it is a broken promise, when we are sold a sales tax increase twice (Measures O & E) to return or improve landscaping, parks, streets maintenance, when those things are not done. When the City takes money from LMD funds to promote volunteerism, managed by NBS, at a very high cost, and promote placing Mello-Roos property tax assessments on us to provide maintenance that should be done through the General Fund, then it is a shakedown. Not just the interior, Steve, they wish to include the perimeter, general use areas, also. They want to include sidewalks, streets, and medians. Their taking money from the LMDs for this campaign is illegal, in my opinion. The LMD money is ONLY for maintenance, not this type of promotion. Including general use areas is also illegal. That is why in 2016 NBS convinced the City to remove such areas that were included in some LMDs. Nice try, Steve, to defend the indefensible. I am not wrong. The City is dead wrong in this misstep!

So less choices is fine for you sir and civil servants living better life’s than taxpayers out of greed is ok?
I think NO PAY FOR OXNARD & COUNTY POLITICANS UNTIL OXNARD IN RED. Let’s try something that would really work better for The People

No pay for politicians here until Oxnard is in BLACK.