Under brilliant, sunny skies on a beautiful warm holiday season day- the envy of the rest of the nation :-)-  the Oxnard Christmas parade inched through downtown. We thought there were a lot of people at the tree lighting the previous evening, but that was nothing compared to today. We lost count at around 5000. There were probably more- we’ll leave it to experts to estimate it more accurately. Nearly one hundred organizations had contingents in what is Oxnard’s largest official event- and that’s just the ones who officially signed up. An hour and a half after it began, there were still new groups turning onto C Street down by Vallharta Market on Wooley Road. There were dozens of booths selling goods or promoting causes.

Oxnard advertised it thusly:  themed “Surf, Sand & Celebrating the Season” is a beloved event for the whole family. Come enjoy colorful marching bands, equestrian units, local school groups, spirited floats and a visit from Santa! Although the surf was simulated and sand was only between my toes, it was a fine event and met expectations.  Just going West on 5th Street will take you to the real thing!

The parade is one of many official or unofficial holiday events going on in town. The Tamale Festival was also underway concurrently at Plaza Park. A holiday production was playing at the Elite Theatre, while Gull Wings Children’s Museum was having a free day. There are plenty of free or cheap events going on this month. 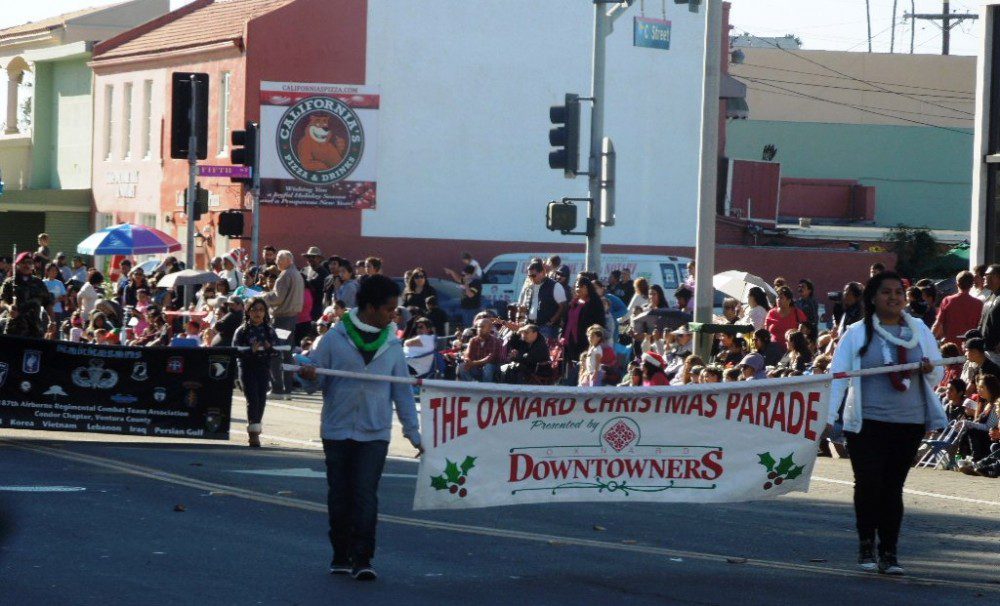 While strolling through downtown for hours, taking over 300 photos, talking to dozens of people and looking at many more, I can’t say I saw anyone who looked truly unhappy. One good thing about walking around that much downtown- you discover things you never knew existed there, such as an Oaxan bakery/restaurant, an old-fashioned record store, a religious artifact shop and an electronics store. The relatively low downtown rents allow businesses to start and survive which might not otherwise.

We saw government organizations, schools, service organizations, churches and private businesses parading. The sheer organizational effort to get all of these people and equipment to show up and function is enormous.  What motivates them to do this? It’s a combination of holiday spirit, civic pride, dedication to various organizations and camaraderie. In some cases, it is to publicize their organizations and causes.  The photos which follow are only representative of the many organizations which participated …. 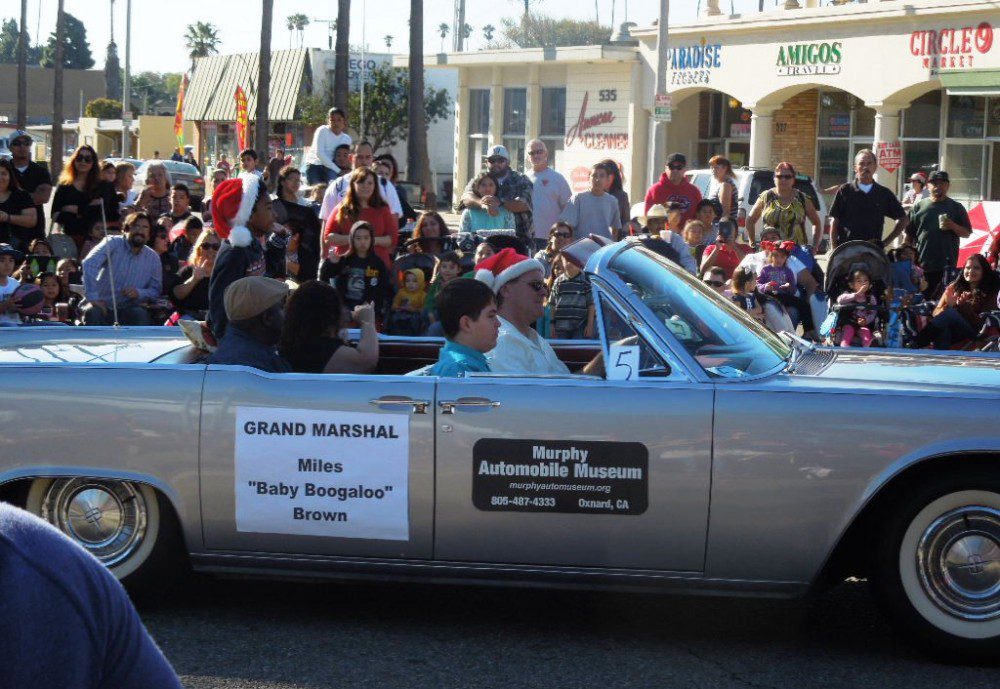 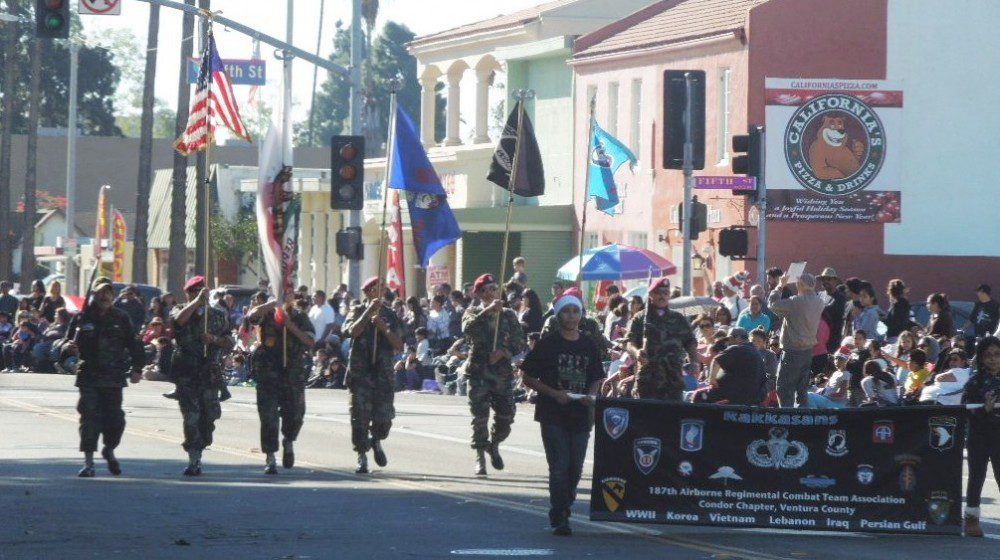 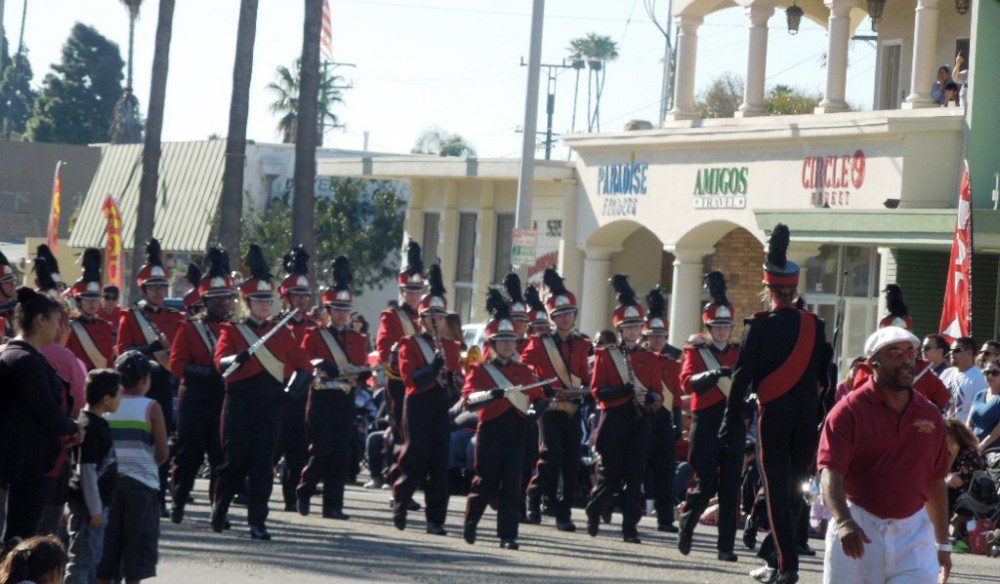 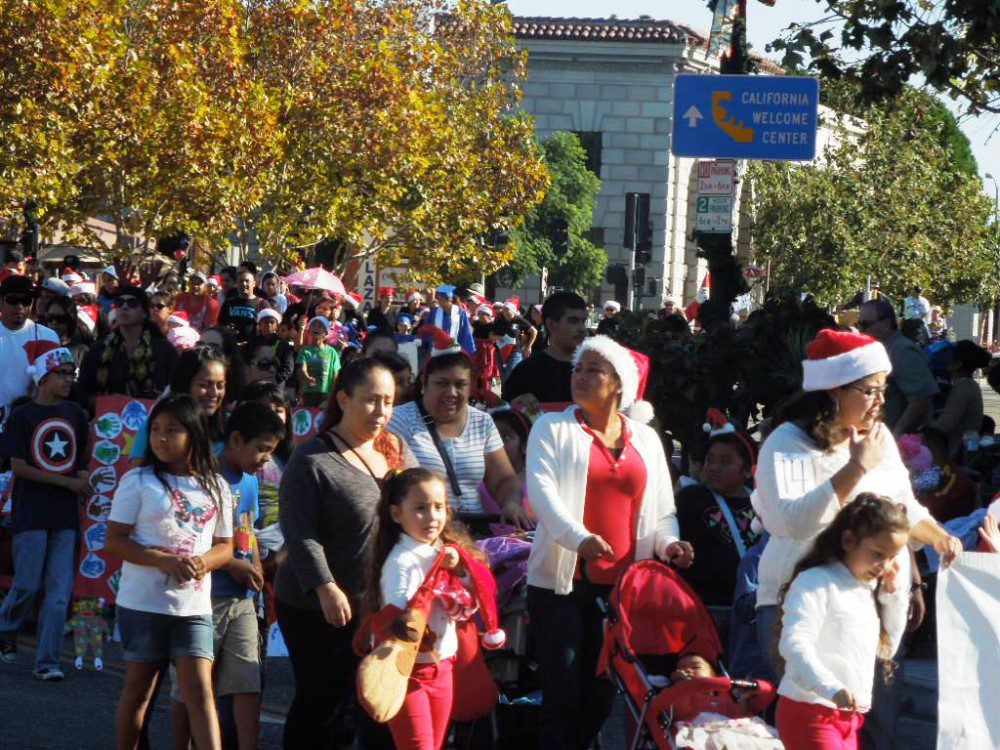 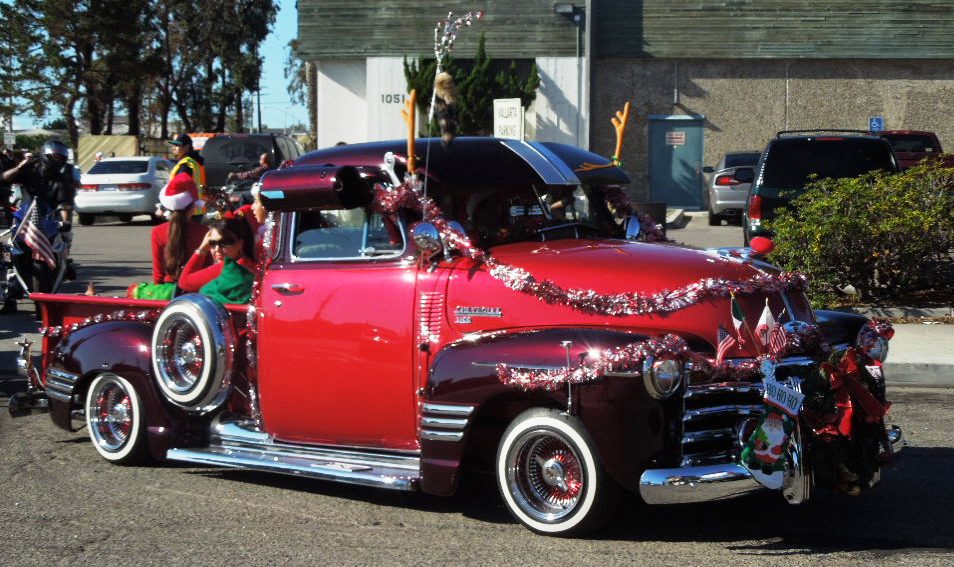 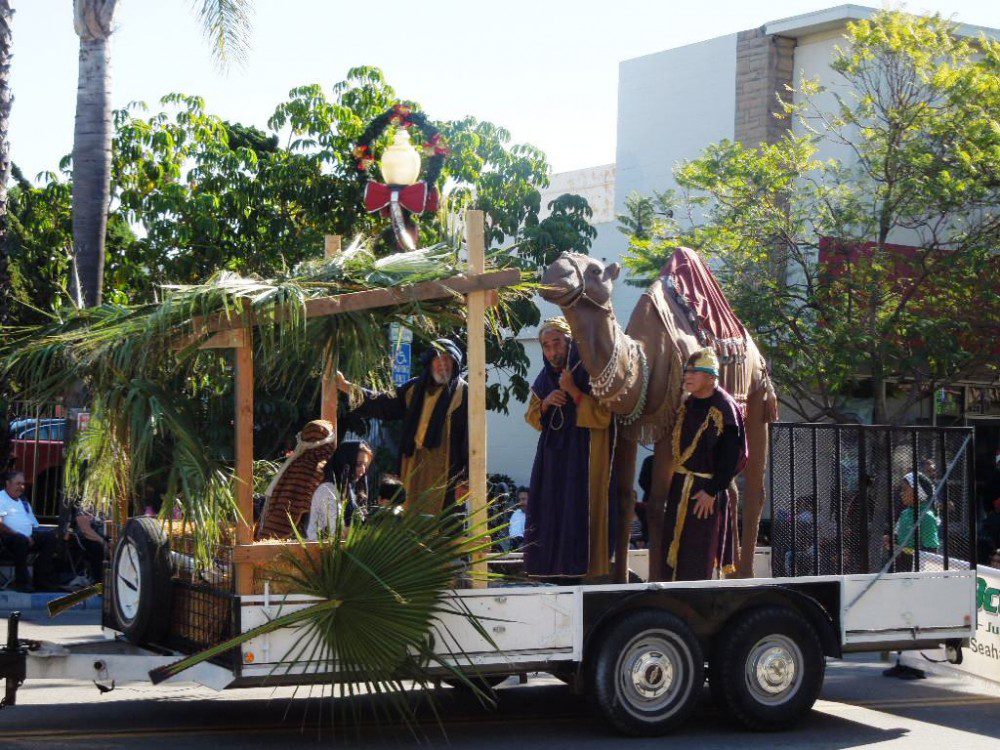 Mobile Navidad to go. Would you like camels with that? (Photo: Citizensjournal.us) 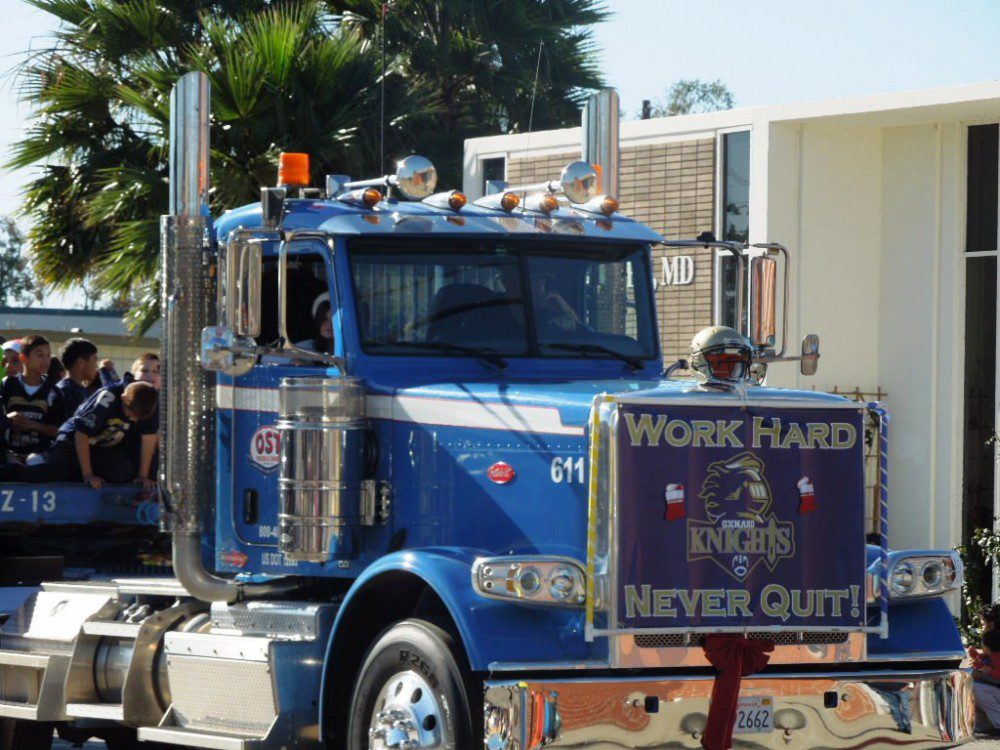 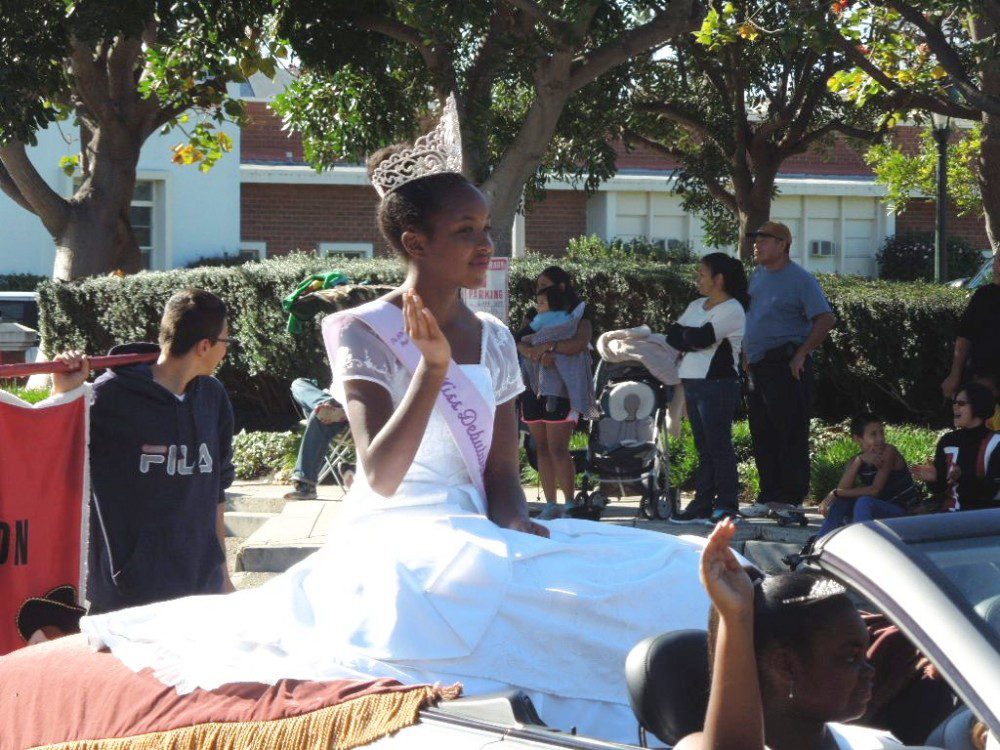 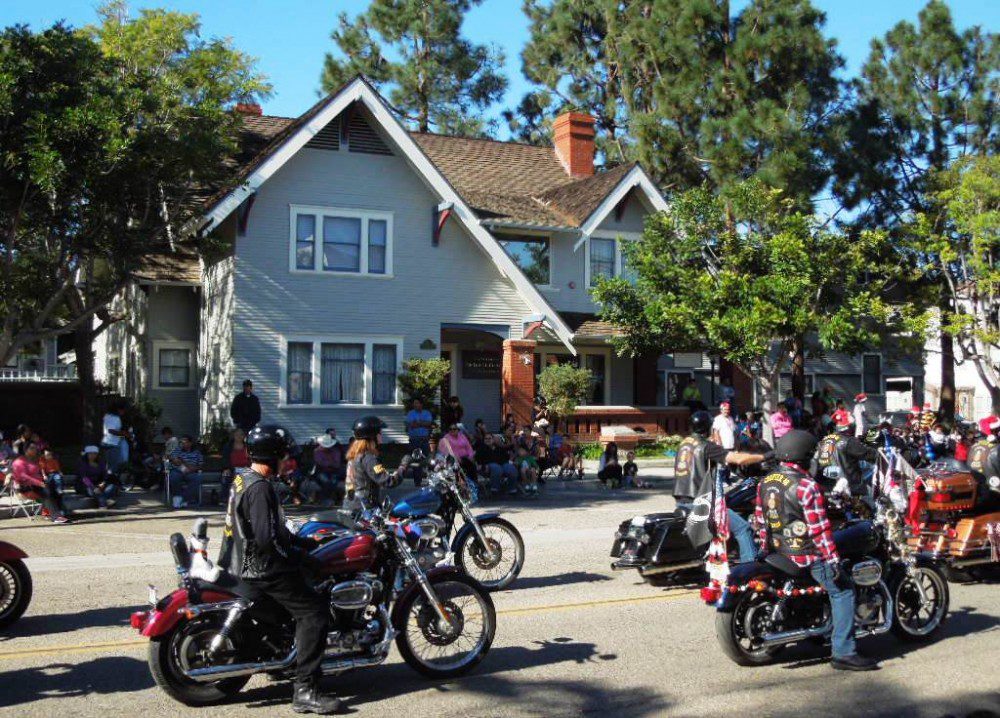 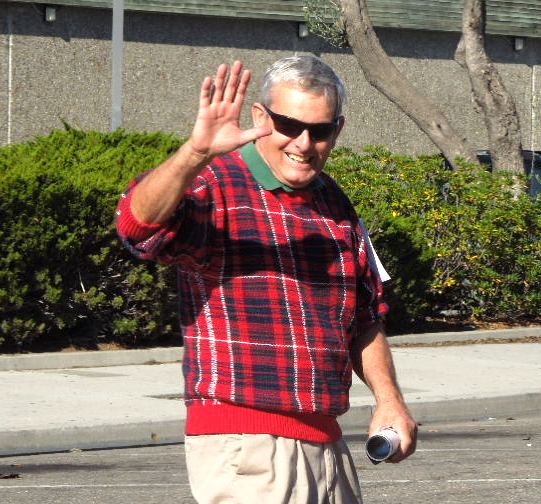 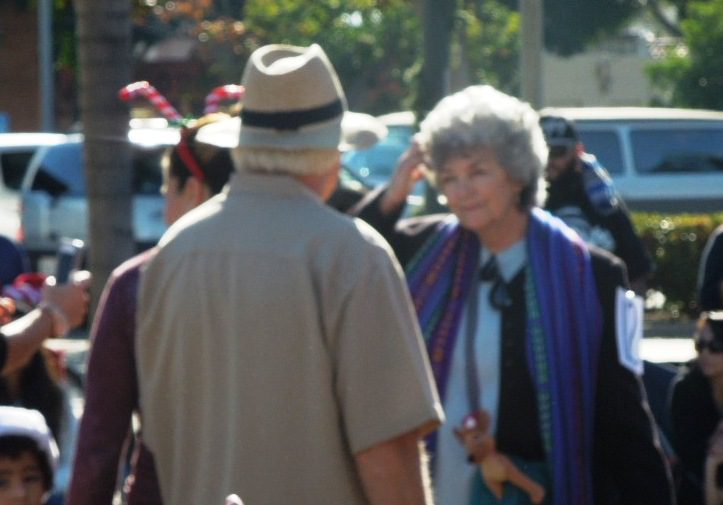 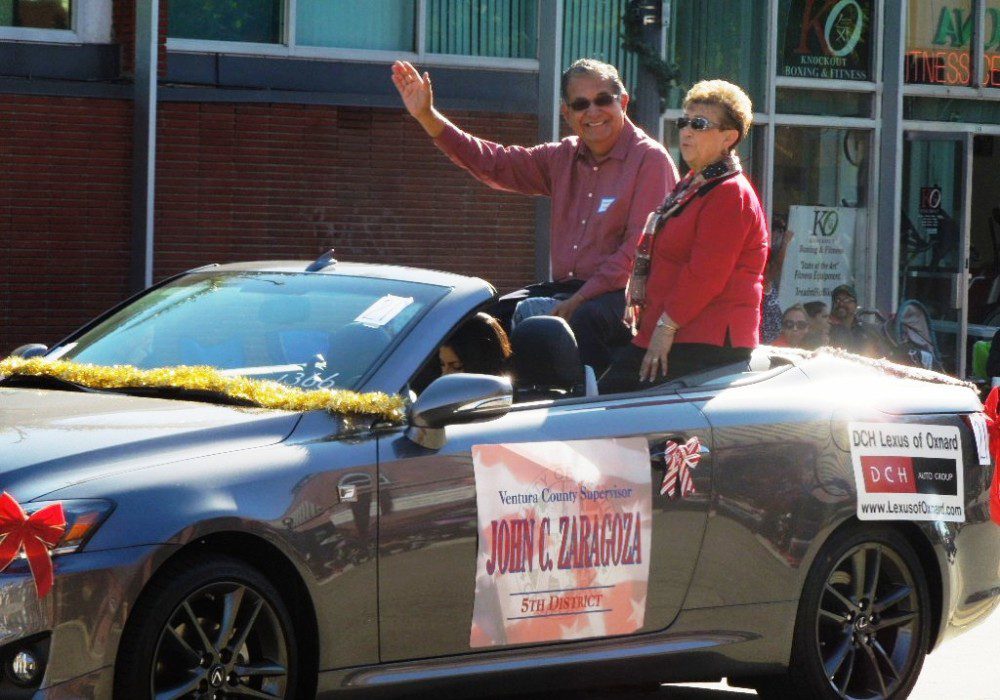 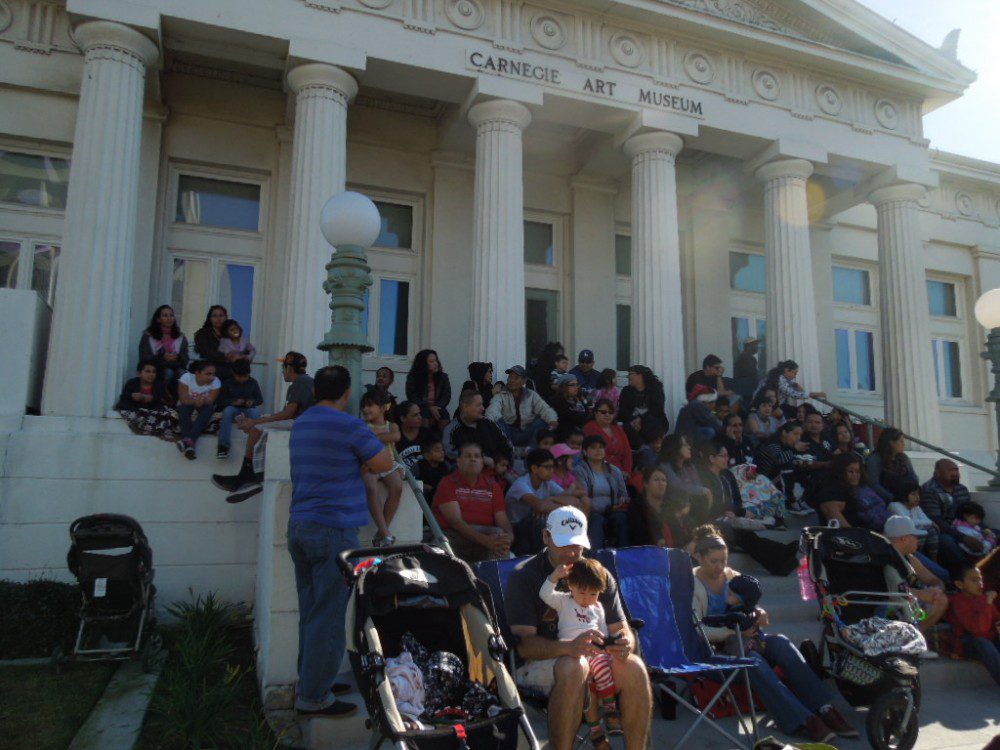 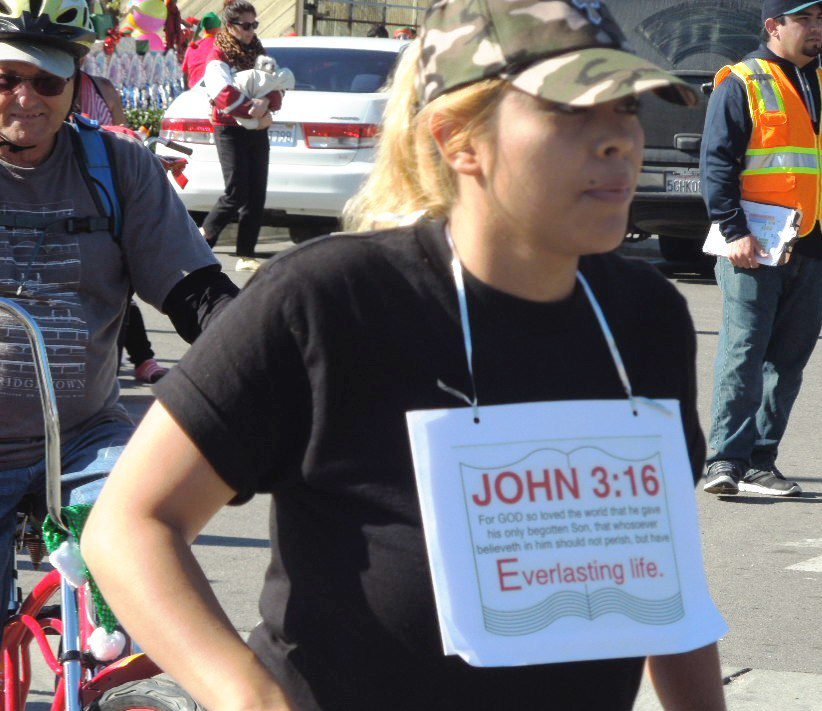 Reason for the Season (Photo: Citizensjournal.us) 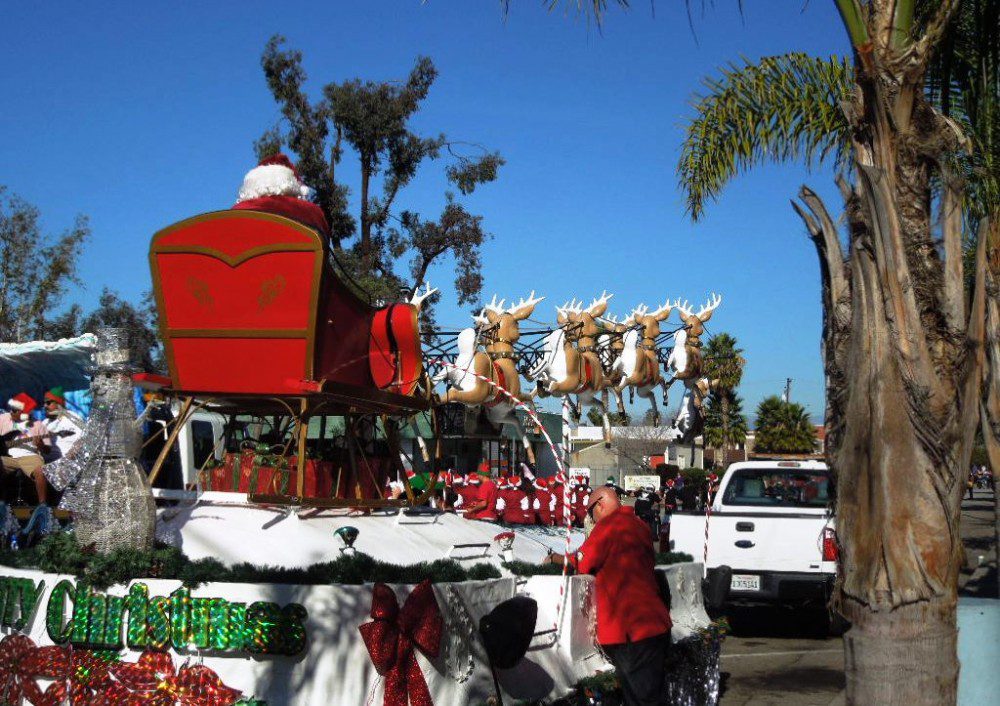 Santa and reindeer come down to ground level to visit. (Photo: Citizensjournal.us) 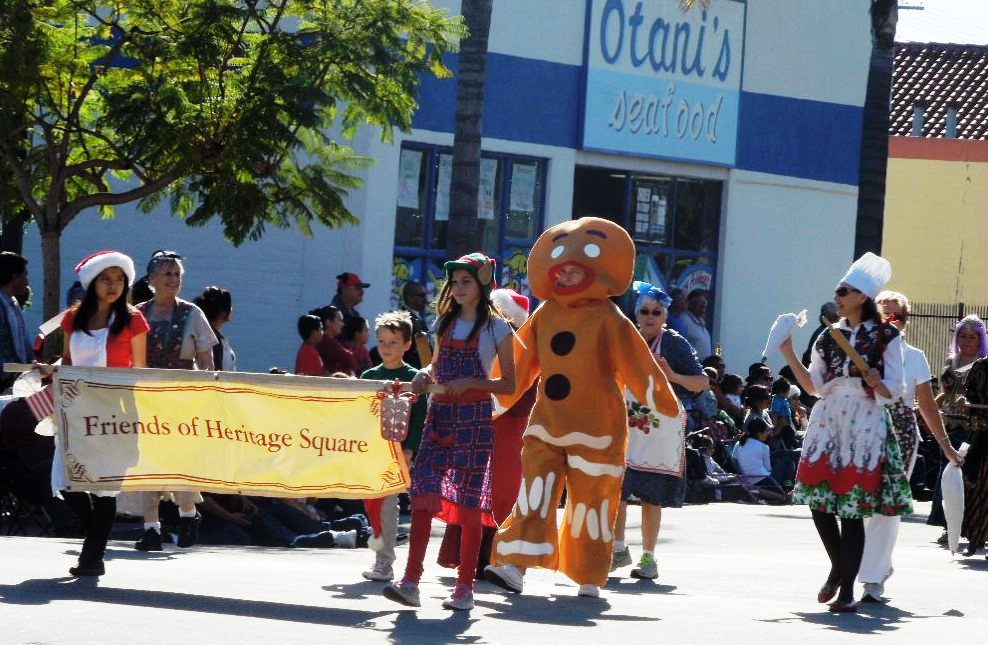 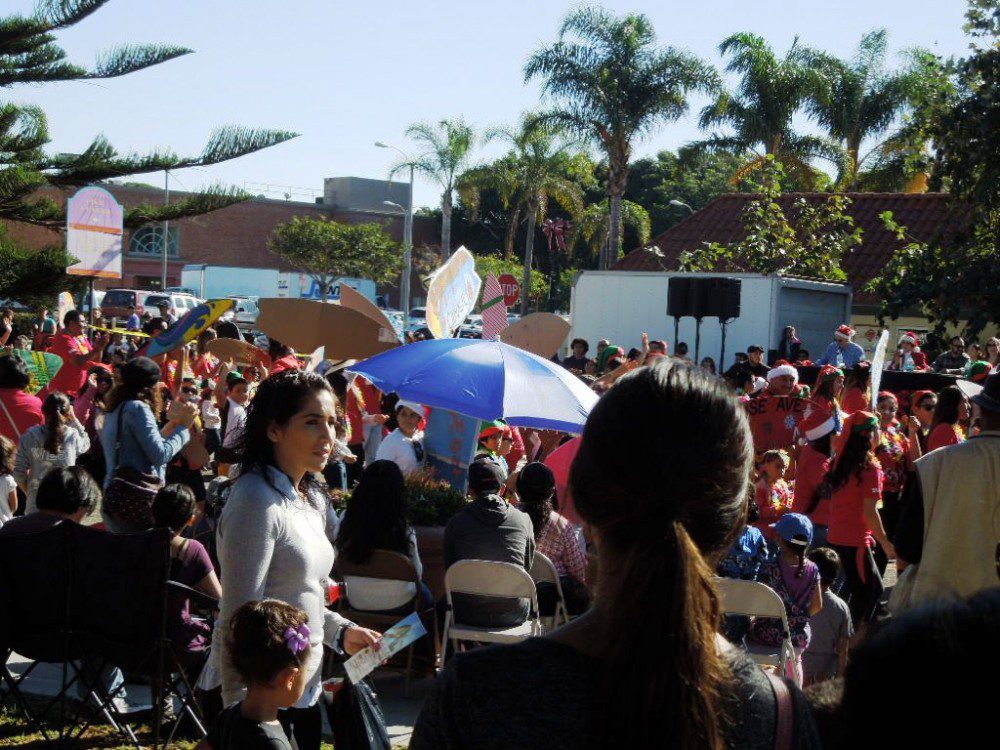 Keeping with the sand, sun and surf parade theme, paraders raise their boards in salute near the reviewing stand. (Photo: Citizensjournal.us) 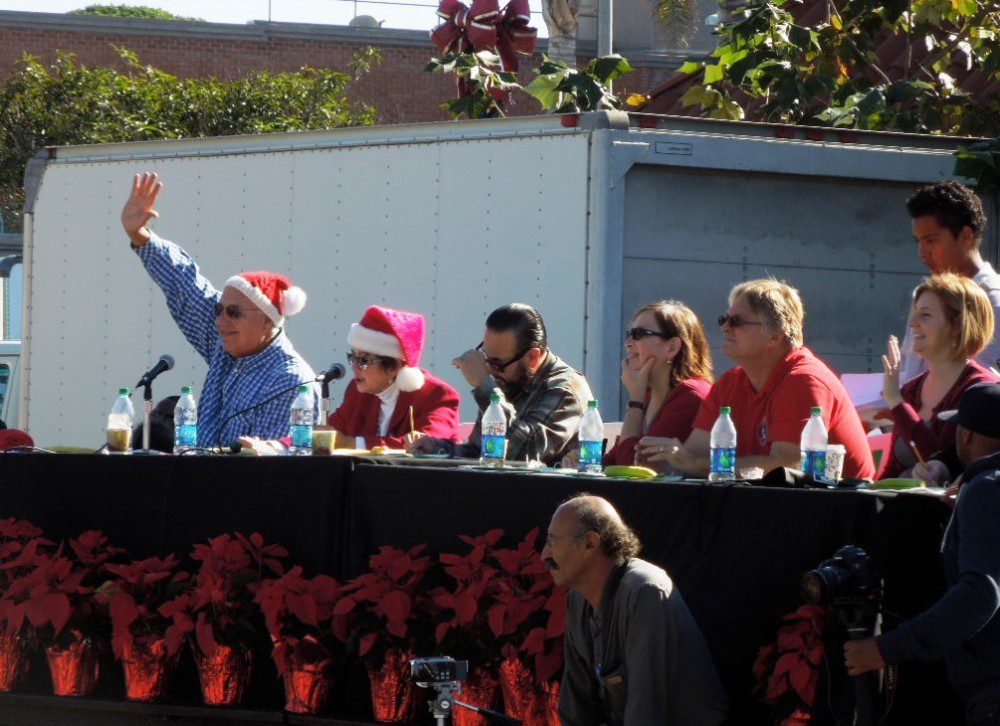 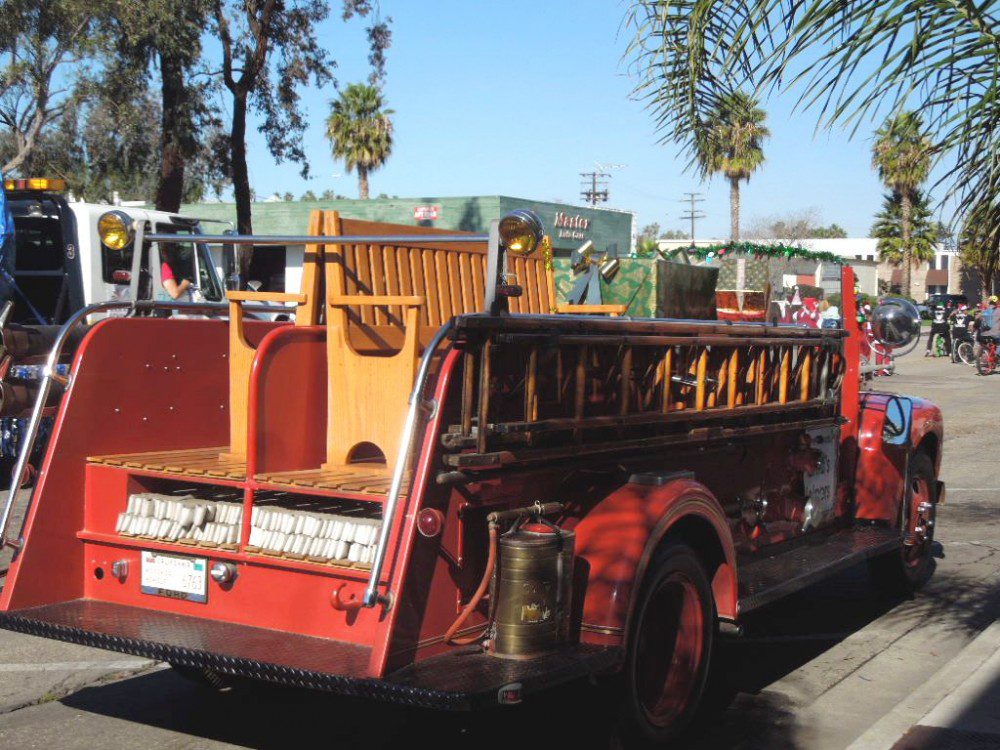 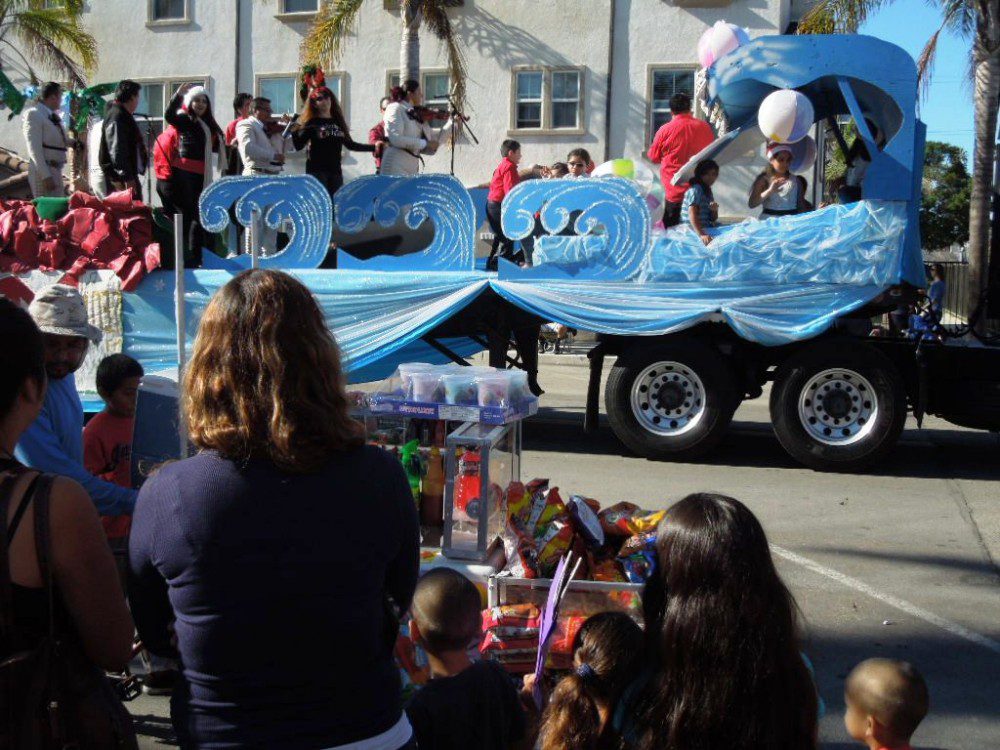 Band on wheels is sun, sand and surf-themed. (Photo: Citizensjournal.us) 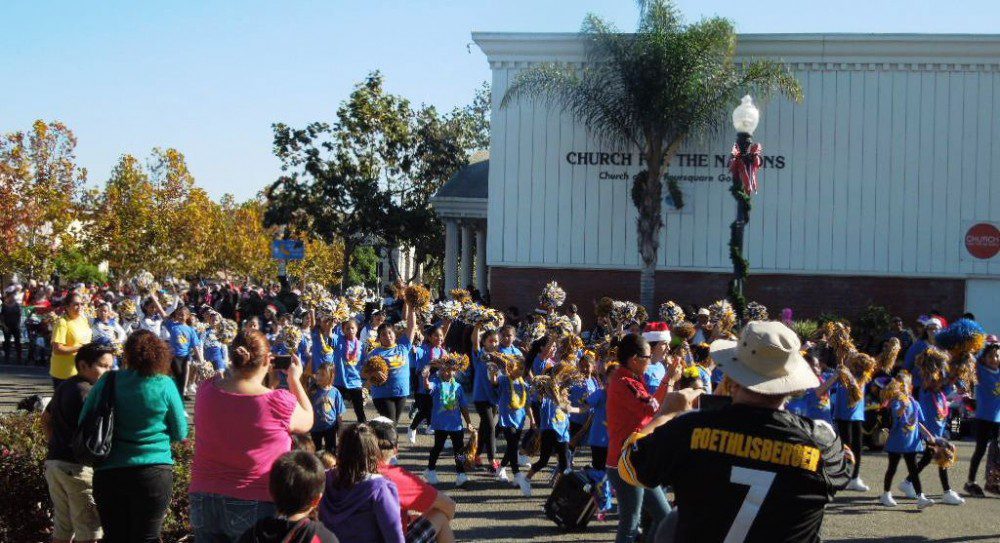 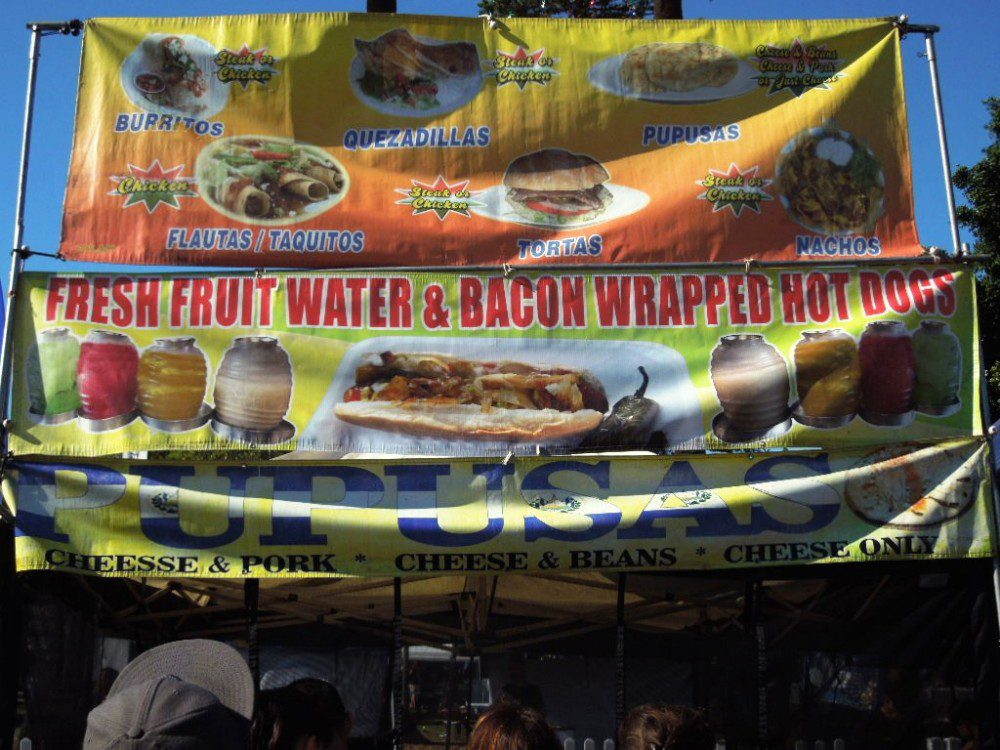 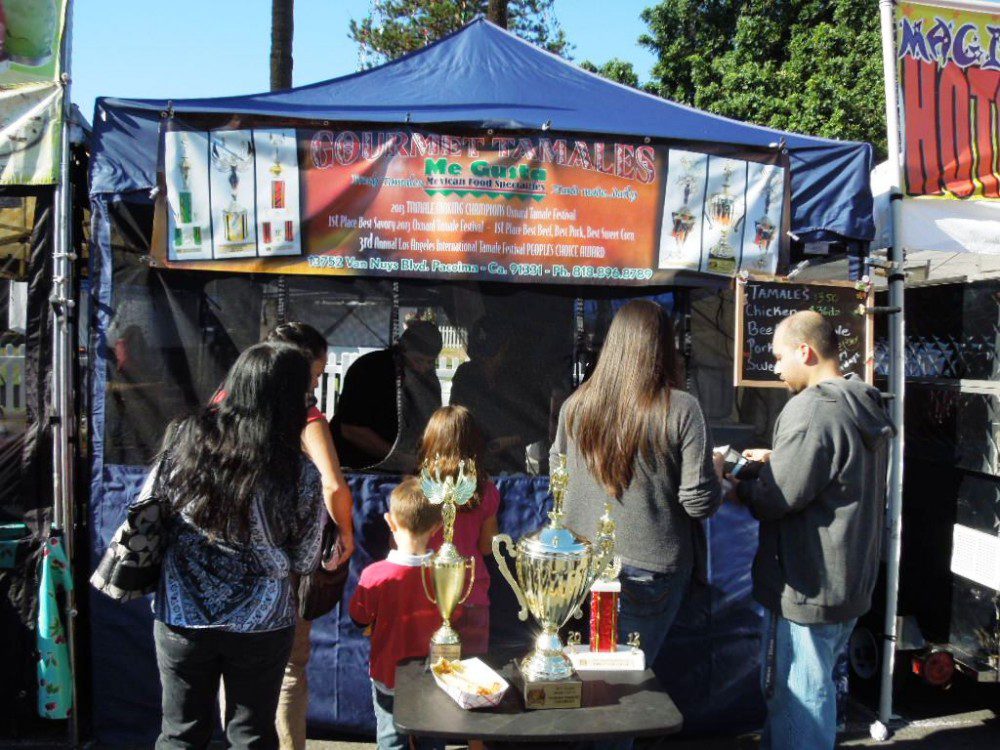 Instead, we ate at last year’s Tamale Festival winner. The tamales were good, but the key is in the sauce, which was great! (Photo: Citixzensjournal.us) 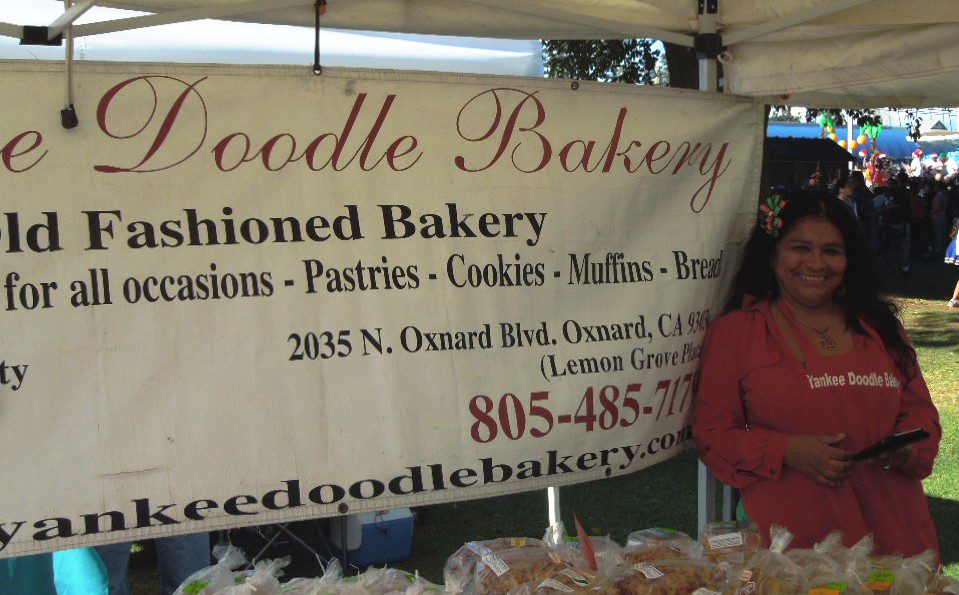 Yankee Doodle Bakery, one of a number of surprisingly good places around town ((Photo: Citizensjournal.us) 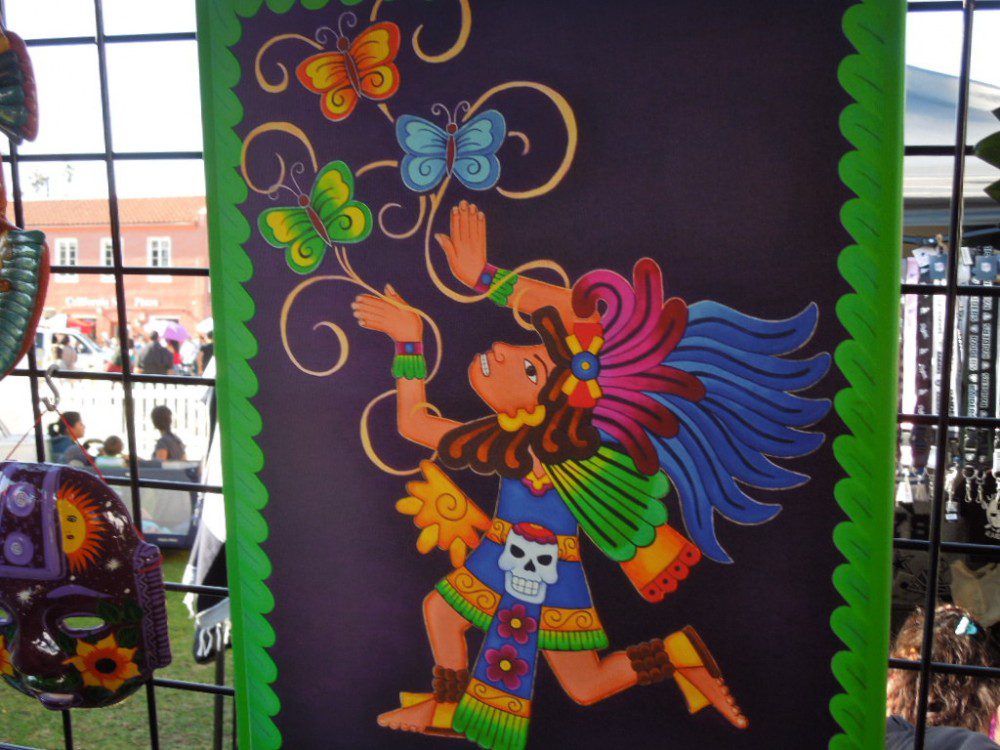 Not just the usual souvenir junk at this booth. (Photo: Citizensjournal.us) 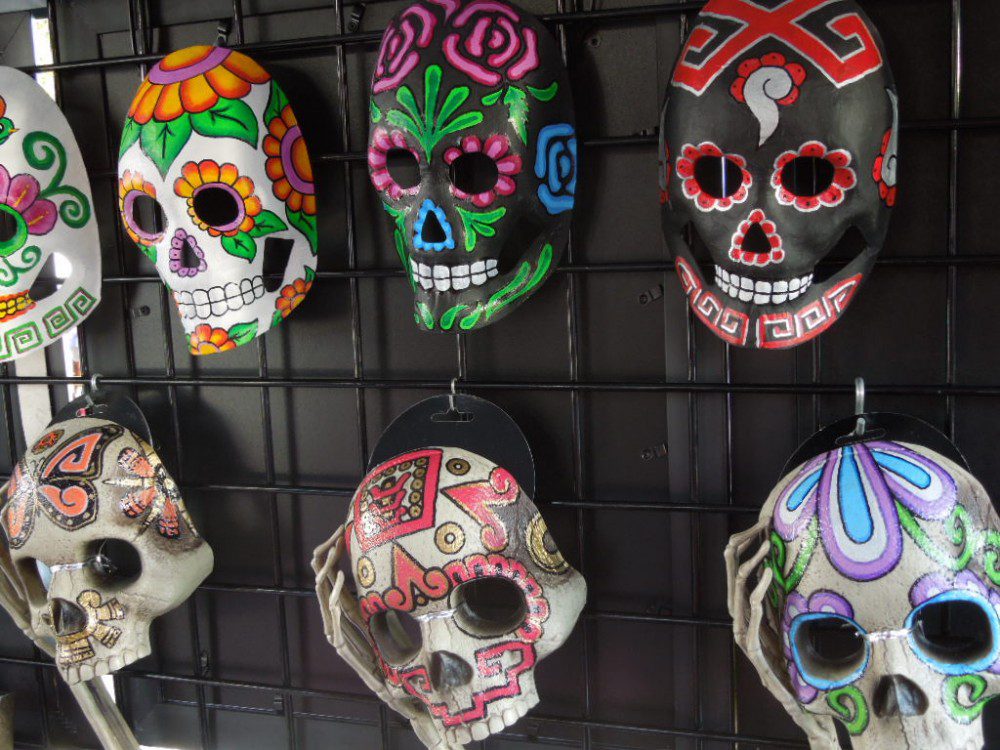 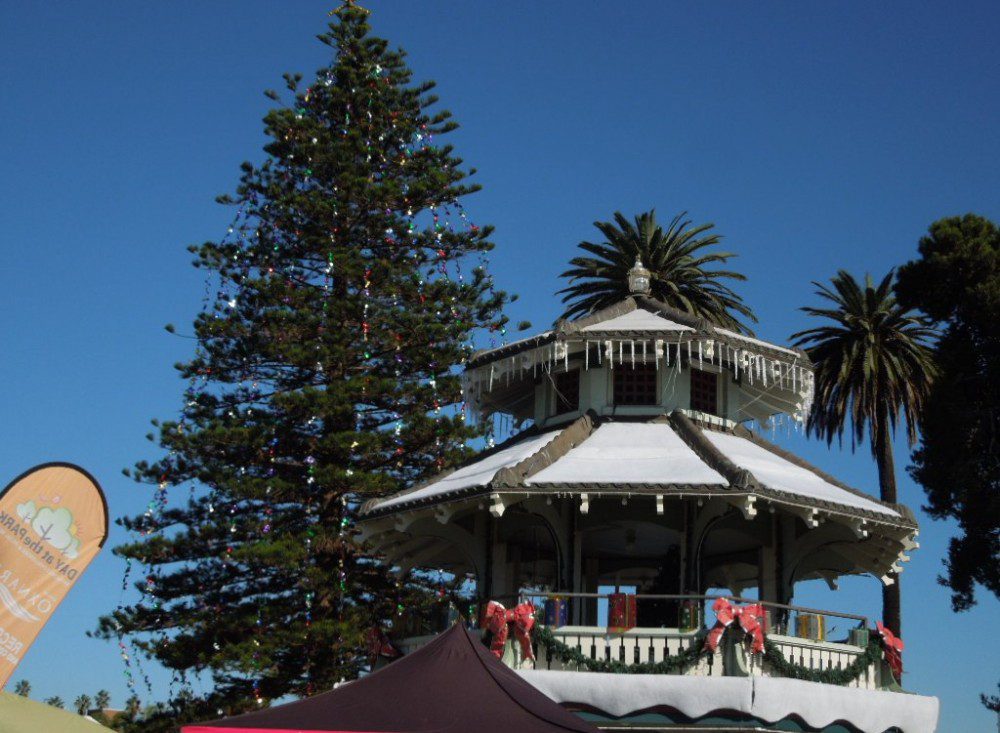 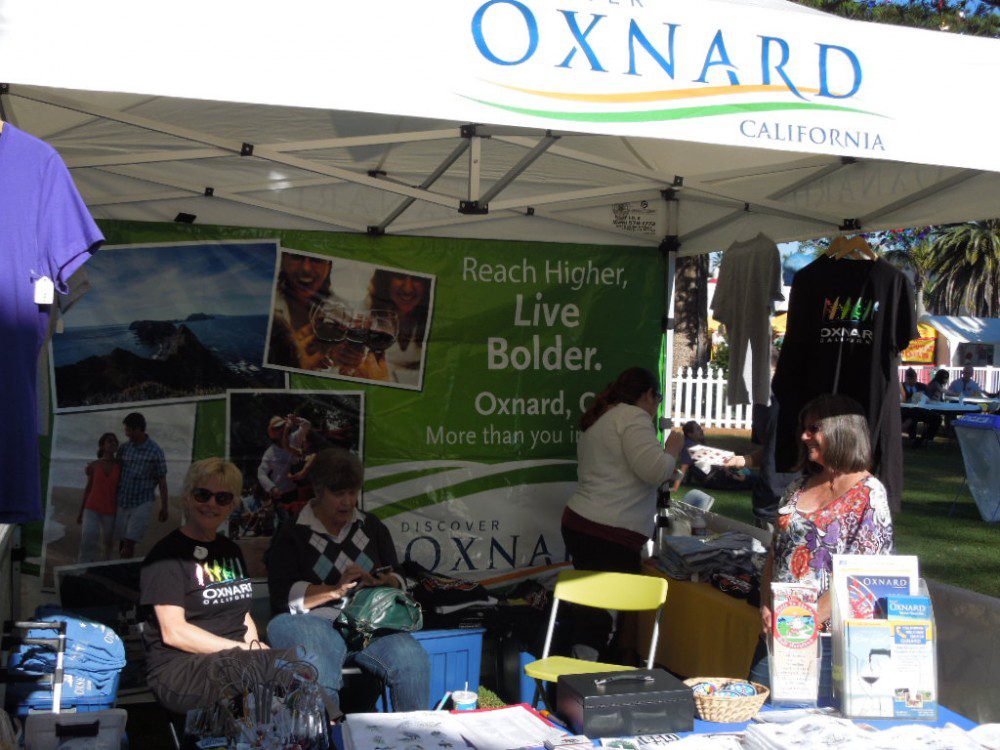 George Miller is Publisher of Citizensjournal.us and a “retired” operations management consultant, active in civic affairs, living in Oxnard.

Get free Citizensjournal.us BULLETINS. Please patronize our advertisers to keep us publishing and/or DONATE.