Oxnard | Documented Gang Members Arrested with a firearm and Narcotics

On August 4, at 9:00 p.m., officers from the Special Enforcement Unit (gang unit) attempted to stop a vehicle for a vehicle code infraction.  The vehicle failed to yield for the stop and a vehicle pursuit ensued. During the course of the pursuit, the occupants discarded a loaded handgun out the window which was later recovered by officers. The vehicle stopped several blocks later and the two occupants attempted to flee. Both were apprehended by SEU officers at the scene. They were assisted by patrol units and the K-9 unit of the Oxnard Police Department. The driver was identified as Juan Macias and the passenger was identified as Daniel Chavez. Both are documented criminal street gang members. Passenger Chavez is a Post Release Offender and is prohibited from owning or possessing a firearm or ammunition. Additionally, narcotics and other evidence were located belonging to the suspects.

Both suspect Chavez and Macias were arrested for multiple felonies that include carrying a unregistered firearm, 25850(c)(6) PC, and carrying a loaded firearm within his vehicle, 25400(a)(1) PC. Suspect Macias was additionally arrested for his involvement in the vehicle pursuit, 2800.2 (a) CVC. 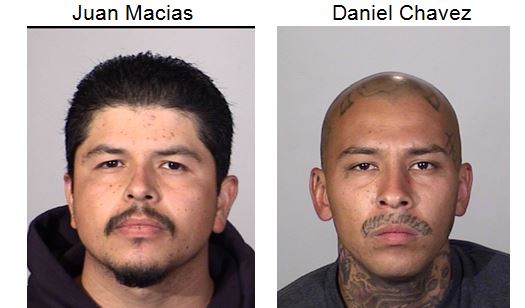 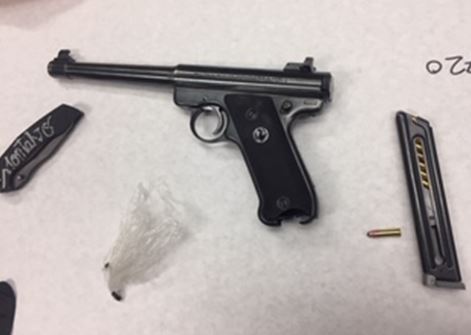 The Oxnard Police Department’s Special Enforcement Unit is committed to reducing gang crimes and gun violence in the City of Oxnard through the strict enforcement of laws specifically targeting known, active gang members residing in the city.  Anyone with information regarding this case or other criminal activity is encouraged to contact the Oxnard Police Department at (805) 385-7600, or online via the Oxnard Police Department’s website: www.oxnardpd.org, and clicking on Report Suspicious Activity.  You can remain anonymous if you choose to do so. You can also remain anonymous by calling the Ventura County Crime Stoppers at (800) 222-8477. You can also visit this site: www.venturacountycrimestoppers.org to submit a tip via text or email.