On 9/13/19, at about 9:04 p.m., officers attempted to detain suspect Jose Magallanes, age 34, in the 3500 block of Las Tunas Place, for a Vehicle Code violation.  Magallanes refused to comply with the officers’ orders to stop and began to flee on his bicycle southbound on Las Tunas Place before falling off of it. Magallanes got back to his feet and began running northbound on Las Tunas Place. As officers pursued Magallanes on foot, he was reaching into his waistband. Officers tackled Magallanes and he continued to physically resist the officers’ efforts to take him into custody. During the physical confrontation with the officers, Magallanes discarded a loaded handgun which was later determined to be stolen. Both officers involved in the physical struggle sustained minor injuries, but did not require hospitalization. Officers subsequently searched Magallanes and located a small quantity of a controlled substance on his person.

Magallanes has a history of violence, is a convicted felon, and is prohibited from possessing a firearm.

Magallanes was charged with the following felony offenses: carrying a loaded firearm in public, felon in possession of a firearm, possession of a controlled substance with a firearm, and violently resisting officers. Additionally, he was arrested for an outstanding misdemeanor warrant. 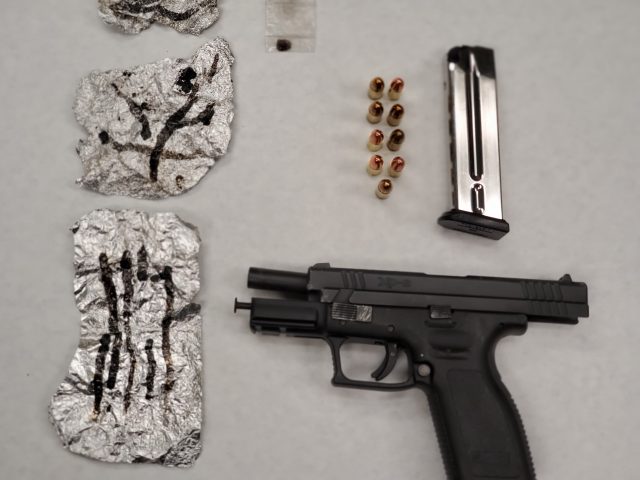 Anyone with information regarding this case or other criminal activity is encouraged to contact the Oxnard Police Department at (805) 385-7600, or online via the Oxnard Police Department’s website: www.oxnardpd.org, and clicking on Report Suspicious Activity.  You can remain anonymous if you choose to do so. You can also remain anonymous by calling the Ventura County Crime Stoppers at (800) 222-8477. You can also visit this site: www.venturacountycrimestoppers.org to submit a tip via text or email.