The detectives responding to the truck thefts immediately began to follow up on the cases. The follow-up investigation led the detectives to Casa Via Mar Inn located in the city of Port Hueneme, where the detectives observed two of the stolen pickup trucks parked at the inn.

Detectives determined that a group of subjects inside of a Nissan Altima were connected to the stolen trucks. The three subjects were identified as Los Angeles County residents Richard Perez, Sharon Silva, and Brian Mandujano.

As the investigation continued to develop, two additional stolen pickup trucks were found in the vicinity of the inn. In total, four of the six Chevy trucks stolen overnight were recovered. The trucks were returned to the registered owners.

The suspects were arrested on drug and theft charges, including possession of stolen vehicles, burglary tools, and warrants.

The suspects were out-of-towners involved in a crime spree through Oxnard, and they have been apprehended.

Anyone with information regarding this case or other criminal activity is encouraged to contact the Oxnard Police Department at (805) 385-7600 or online via the Oxnard Police Department’s website: www.oxnardpd.org, and clicking on Report Suspicious Activity.  You can remain anonymous if you choose to do so. You can also stay anonymous by calling the Ventura County Crime Stoppers at (800) 222-8477. You can also visit this site: www.venturacountycrimestoppers.org to submit a tip via text or email. 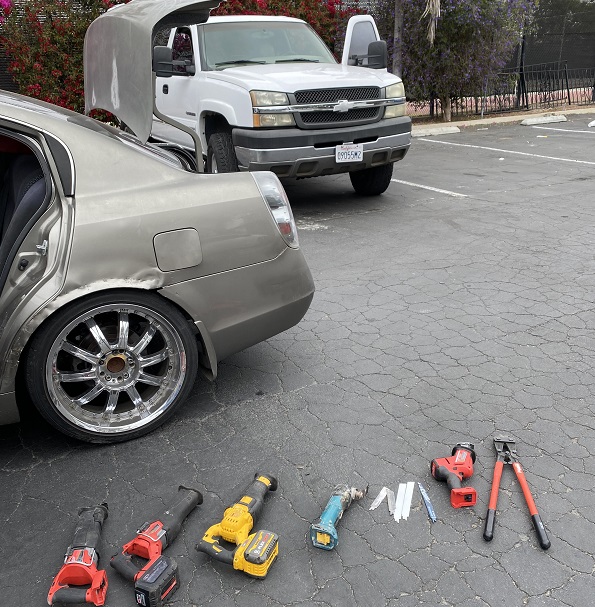 This is actually progress.

Okay 3 temporarily taken into custody and released and thousands more coming staight outa prison, just looking for something to do.