Oxnard Police Officers Recognized with Medal of Merit, Investigator of the Year Awards

The Peace Officers Association of Ventura County is a combination of local agency representatives with the goal of interdepartmental cooperation, crime prevention technique sharing between agencies, and improving personal and professional relationships with local partners in law enforcement. Each year, the organization holds their Medal of Valor Awards Ceremony: an event at which officers from across Ventura County are recognized for their service and achievements. Due to COVID-19, the Association was unable to hold ceremonies for 2019 and 2020. To recognize recipients for these two years, representatives from the P.O.A.V.C. recently held a private ceremony at the Oxnard Police Department. 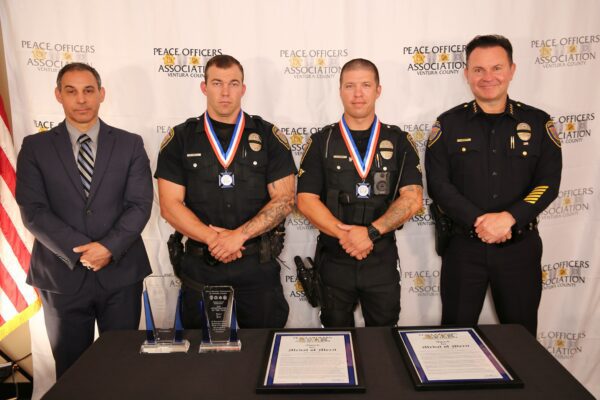 On November 7, 2018, Officer Hames was present at the Borderline Bar and Grill on the evening of the mass shooting. He was in an off duty capacity wearing civilian attire and unarmed.

Corbin was near the dance floor when the shooting began, and immediately advanced toward the shooter before he realized he did not have a firearm. Corbin then began pushing stunned patrons to the north side of the Borderline away from the suspect.

Corbin utilized a bar stool to break a window and assisted many patrons out of the building. Once outside, Corbin provided medical aid to injured patrons and assisted in evacuating victims.

Throughout the incident, Corbin was also able to supply both sheriff’s dispatch and responding deputies with a detailed account of the suspect’s description, movements inside the bar and his weapon.

The actions and bravery of Corbin Hames unequivocally saved many lives the night of the Borderline Mass Shooting. 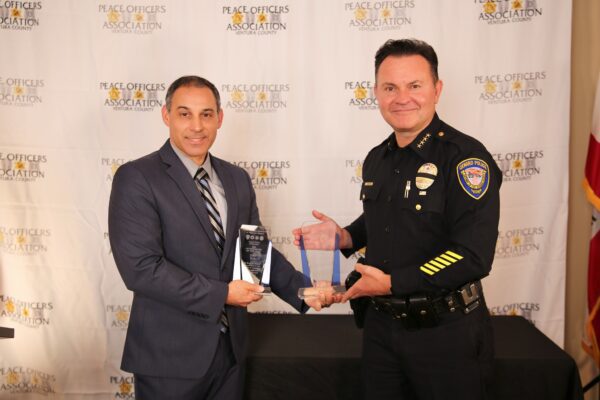 On November 7, 2018, Officer Smith was present at the Borderline Bar and Grill on the evening of the mass shooting. He was in an off duty capacity wearing civilian attire and unarmed.

As the shooting began, Alex immediately recognized the distinct sound of gunfire and told people around him to seek cover.

A patron standing next to Alex stumbled as if she had been struck by the gunfire. Alex grabbed the patron and escorted her out of the bar. He directed her safely away from the Borderline. As the suspect continued to shoot, Alex punched a window to breach it and provide an avenue of escape for patrons. He stood beneath the window and assisted patrons in their escape.

Alex then established an injury collection point where he coordinated the movement of injured patrons to a safe area where they could be medically treated. Alex was also able to supply both sheriff’s dispatch and responding deputies with a detailed account of the suspect’s description, movements inside the bar, and his weapon.

The actions and bravery of Alex Smith unequivocally saved many lives the night of the Borderline Mass Shooting. 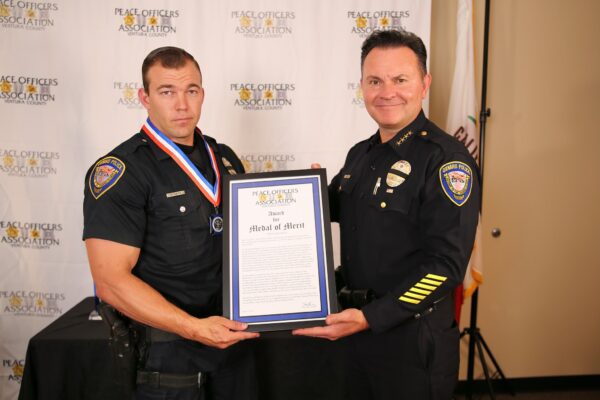 Senior Officer Jeff Kay has been a Major Crimes Detective for 15 years. In 2018, he created the Oxnard Police Department Cold Case website, which hosts a detailed list and description of all cold homicide cases dating back to 1966. In an effort to open as many avenues of communication as possible between the public and law enforcement, he started a Facebook page dedicated to these cold cases.

In 2018, Detective Kay began investigating the cold case of 3 year old Kimberly Chavez Lopez.Kimberly disappeared in 2015, but was not discovered missing until 2016. Detective Kay led a task force that ultimately obtained confessions from Kimberly’s parents as to how she died and how they disposed of her body in Mexico. The father pled guilty and testified against the mother: the person responsible for Kimberly’s death. 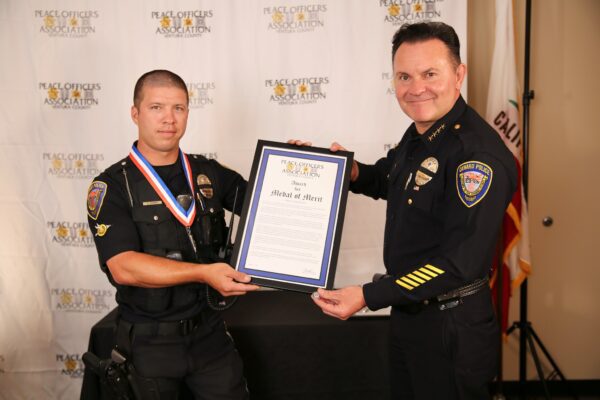 Police Chief Jason Benites commented “These awards have been a long time coming, and they reflect courage, selflessness, skill, and dedication.  These officers rose to the occasion under some very difficult circumstances and performed exceptionally well.  I am very proud to be a part of the same organization as them.”