Oxnard | RV break in leads to confirmation with suspect

On January 31, 2021, at approximately 2:20 pm, Oxnard Police Officers were sent to the 300 block of Cooper Road regarding a burglary to a recreational vehicle (RV).  The victim advised he found that his RV had been broken into.  The victim said he was confronted by a male subject unknown to him who was armed with a knife.  When officers arrived on scene, the subject, later identified as Cervando Fernandez Galindo, 29-year-old Oxnard resident, exited the RV carrying what appeared to be an ax.  As officers attempted to speak with Galindo he returned to the RV and closed the door.

Members of the Oxnard Police Department’s SWAT, K-9, and Crisis Negotiations Team responded to the scene.  For almost two hours, officers attempted to communicate with Galindo, but were unsuccessful.  Eventually, chemical agents were inserted into the RV.  Galindo was taken into custody with the assistance of an Oxnard Police K9.  Galindo was medically cleared for minor injuries before being transported to Ventura County Jail, where he was charged with burglary, brandishing a deadly weapon, and resisting/delaying/obstructing arrest. 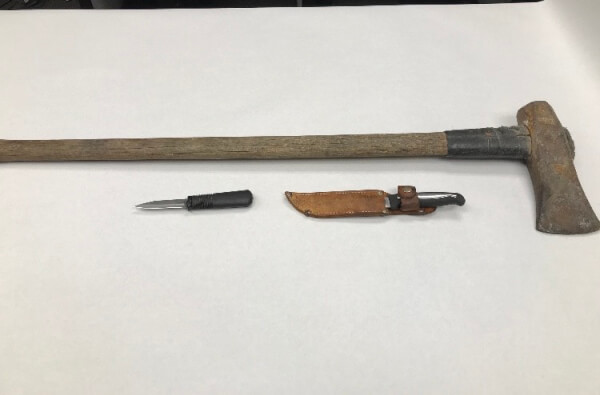