The victim reported he saw two suspects tagging a wall in the alley of Albany Drive. The two suspects then approached the victim, asked him where he was from, brandished a knife, and asked him what he had on him. The victim, fearing he would be robbed, fled on foot and called the police. A responding officer searching the area came across two individuals matching the descriptions provided in the alley of the 700 block of Tamarac. Suspects Mejia and Tapia were detained and were positively identified during an infield line-up.

Investigating officers located evidence of both crimes nearby. Suspects Mejia and Tapia were subsequently arrested for the felony charges of attempted robbery and vandalism. 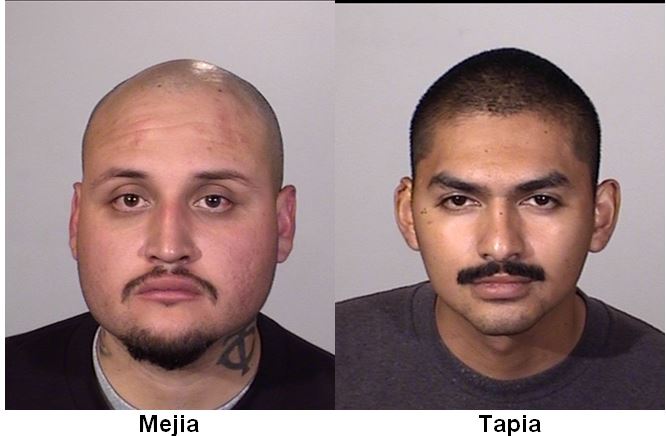