On August 28, 2019, the Todd Road Classification unit concluded a month long narcotics investigation into Amanda Johnson, 30 year old resident of Agoura Hill and Joleen Mata 39 year old resident of Santa Paula, who were involved in the distribution of Suboxone Medication into the Todd Road Jail Facility. Suboxone is a Schedule III prescription medication used in treating those addicted to opioids, both illegal and prescription. The medication can produce a euphoric effect, as it acts on the same opioid receptors in the brain and is abused by opioid addicts when heroin or similar substances are unavailable.

On July 19, 2019, a Detention Services Mail Room Clerk notified the Todd Road Classification Unit that they detected altered items of mail being sent to the Todd Road Jail. The mail consisted of cards and envelopes addressed to Johnson while she was an inmate at the facility. Based on the alterations to the incoming mail, Classification Deputies recovered Suboxone strips that were implanted into the envelopes.

The Classification Unit was able to identify the sender of these cards as Joleen Mata, who was out of custody at the time the letters were mailed. Based on this investigation, it was determined that Johnson and Mata worked in conjunction in their attempt to mail Suboxone into the Todd Road Jail. Soon after this information was developed, Mata was arrested and booked on criminal charges unrelated to this case.

On August 28, 2019, Classification Unit deputies arrested Johnson and Mata for Bringing Narcotics into a Detention Facility and Conspiracy to Commit a Crime while they were both in custody at the Todd Road Jail.

The Todd Road Jail Classification Unit is committed to the security of the Ventura County Detention Services jail facilities and the safety of all staff and inmates. The unit is committed to taking a proactive approach to investigating crimes that occur within the custody environment, as well as criminal activity on the outside that directly affects the jail system. 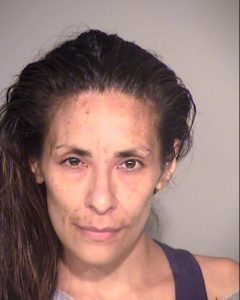 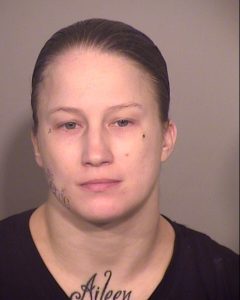