The education establishment is losing customers, and it isn’t happy.

Teacher union honchos don’t like homeschoolers for obvious reasons. When kids learn at home, it means less control, money, and power for them. Over the years, the National Education Association has adopted resolutions at its yearly convention which stipulate that homeschooling families “cannot provide the student with a comprehensive education experience.” The union also insists that instruction “should be by persons who are licensed by the appropriate state education licensure agency, and a curriculum approved by the state department of education should be used.”

In California, the union got its wish in March 2008 when an appeals court ruled that parents who teach children at home must be credentialed by the state. Lloyd Porter, a member of the California Teachers Association board of directors, said, “We’re happy. We always think students should be taught by credentialed teachers, no matter what the setting.” 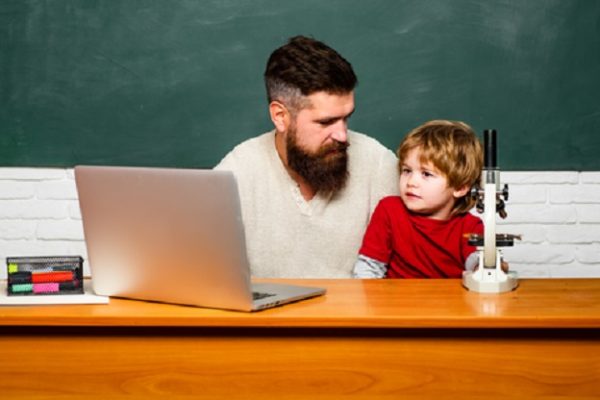 Fortunately, the decision was reversed later that year, and homeschooling was allowed to resume for 200,000 or so children in California. But now, with the advent of so called pandemic pods, union bosses are jumpier than ever. The pods, a form of microschooling, have sprung up due to parents’ fears of their children contracting COVID-19 at school or because their schools’ online learning program is inadequate. Pods are homebased, and parents team up with other local families to teach their children, and some of them hire teachers to help with the process. So not only are kids shunning their traditional school, they’re also taking some professional educators with them.

NEA president Becky Pringle worries that “pods will become more widespread and damage a public-education system already reeling from budget cuts and struggling to fund Covid-19 safety measures.” This in turn could “open the door for more inequity, segregation and unsafe workplaces, since pods are expensive and unregulated.” American Federation of Teachers president Randi Weingarten dismisses the pods as a “pandemic Band-Aid.”

Seriously threatened by the pod phenomenon, the NEA is taking action. The union issued an “opposition report” attacking Prenda, a microschool provider in Arizona. Among other things, while Prenda policy says that prescription drugs, alcohol and weapons must be locked and secured at a pod location, the union claims that it is unclear whether Prenda conducts any inspections. NEA also says that Prenda should be taken to task for not providing meals or transportation to the students. In other words, the union is suggesting that parents are incapable of taking care of their own kids’ most basic needs.

And it’s not only teachers unions that are going after pods. In Massachusetts, state guidelines affirm, “Entities that provide supervision and care of children during school hours without an EEC license or EEC license exemption will be subject to investigation, closure, and fines by EEC pursuant to its statutory obligation to investigate unlicensed child care programs.” In Pennsylvania, if a pod has more than six students, it must develop an evacuation plan in the event of an emergency, and ensure that every space where the pod gathers has a functional fire detection system. In Oregon, the state has asserted that homeschooling pods “need to follow regulations and get the right permits.” A report released last week by Heritage Foundation policy analyst Jonathan Butcher reveals that 19 states have either imposed new regulations or expanded existing ones that can interfere with families’ attempts to gain access to pods.

As the education establishment ramps up its efforts maintain its monopoly status, the numbers are not looking good for them. According to an EdChoice poll, learning pods are booming nationally, with 35 percent of parents claiming they currently participate in a pod, and another 18 percent of parents are interested in joining one. Also, the survey indicates that about 70 percent of teachers are interested in joining a pod.

The latest data from the National Center for Education Statistics show there were 1.69 million homeschooled kids in the U.S. in 2016, or about 3.3 percent of the total. With pandemic pods ascending, here is no telling how much that number will rise. The only sure thing is that the education establishment will fight tooth and nail to keep the number as low as possible.

At the end of Jonathan Butcher’s report, he makes sensible policy recommendations that include not restricting the size of pods, keeping state agencies from snooping on them, not imposing zoning or emergency plan requirements, etc. In other words, parents should be in full control of their children’s learning experience. They get to choose the clothes their kids wear, the food they eat, their bedtimes, et al. It is now time for them to recover an important role they traditionally have had: educating them. Propping up the education establishment, enriching teachers unions and using their own kids as social equity pawns just may not be on their radar.

The unions care only about money, not the children, and it is regrettable. Keep up the good fight and bless these people for loving kids so much. The school of my sun is such a bad example of teaching. My son only has a few great teachers who love the kids instead of the paycheck. We should change it.