House Speaker Nancy Pelosi (D-Calif.) said that she was “set up” after visiting a hair salon in San Francisco despite a ban on salons in the city.

Video footage that was sent to Fox News showed Pelosi walking with wet hair and without a mask on.

When she was asked about the incident in a press conference Wednesday, the speaker said, “I take responsibility for trusting the word of a neighborhood salon I’ve been to over the years many times and when they said, ‘We’re able to accommodate people one person at a time,’ I trusted that,” according to the San Francisco Chronicle.

Going further, Pelosi told reporters: “I think that this salon owes me an apology, for setting me up.”

Earlier, Pelosi’s office acknowledged the indoor hair appointment, saying that she was wearing a mask for the entire time. A spokesman said that she didn’t wear the mask for a brief period when her hair was washed.

In the news conference, Pelosi was asked about why she wasn’t wearing a mask at the business.

Pelosi’s Deputy Chief of Staff Drew Hammill noted to news outlets that Pelosi and her staff relied on an interpretation of a person who worked at the hair salon about what was allowed to be open in San Francisco, an area that Pelosi represents. The rules went into effect on Aug. 29, and the person was not correct, Hammill said.

“The speaker always wears a mask and complies with local COVID requirements,” Hammill said. “This business offered for the speaker to come in on Monday and told her they were allowed by the city to have one customer at a time in the business. The speaker complied with the rules as presented to her by this establishment.”

Erica Kious, who has independent stylists working for her who rent chairs in her salon, told Fox News, “One of the stylists who rents a chair from me contacted me Sunday night.” She later criticized Pelosi. 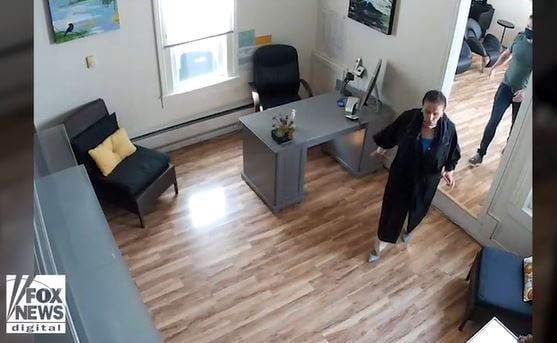 The dictum to always observe is: If the politician’s mouth is moving he/she is lying.

What a narcissist! Blaming others for her blatant disregard for the rules she set up.

Pelosi is a liar. I wouldn’t believe her if she said she saw a McDonald’s.

“I was set up”. Isn’t that what they usually say when they get caught?