From the organizers press release :  On July 23rd, the City of Ventura took down our Father Serra Monument under cover of darkness.  The Coalition for Historical Integrity has filed a lawsuit to investigate the legality of the decision. Join us for a peaceful demonstration to demand the return of our Father Serra monument and ask that the Ventura City Council and County Board of Supervisors respect and preserve our diverse, beautiful California history!  Their Facebook Page 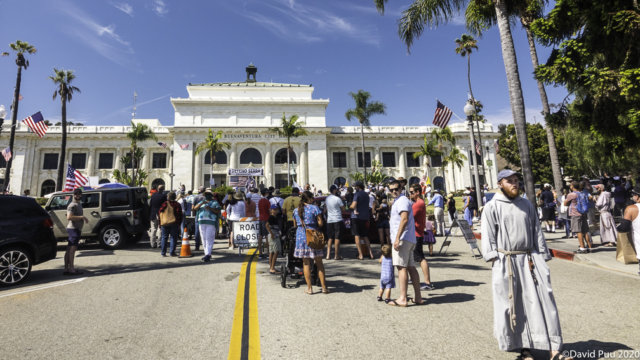 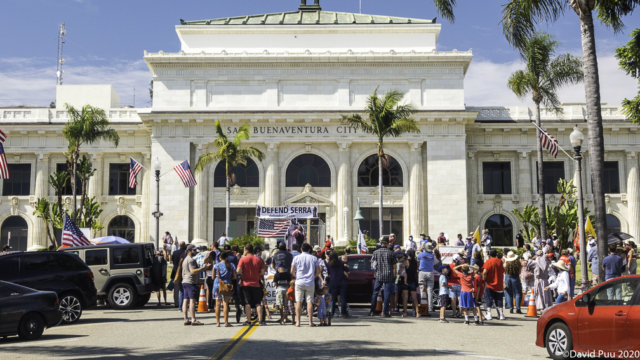 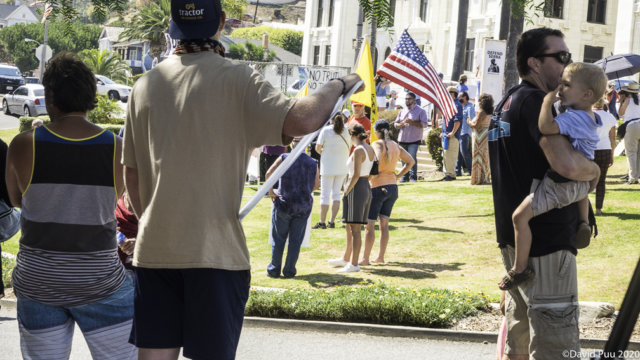 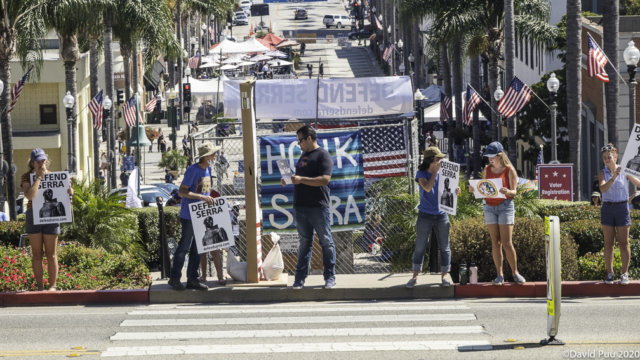 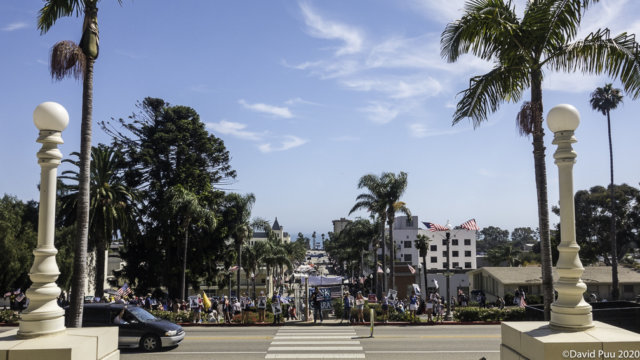 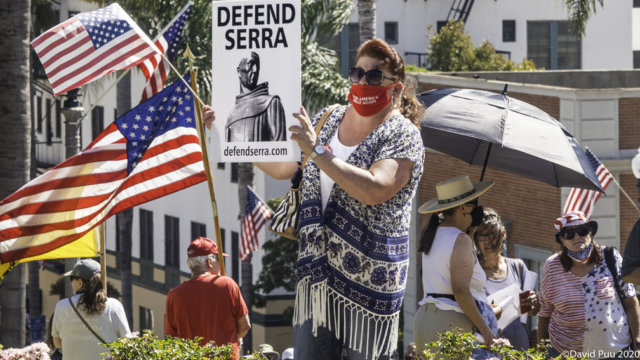 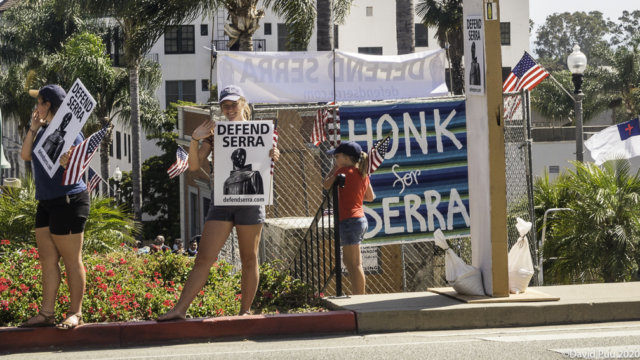 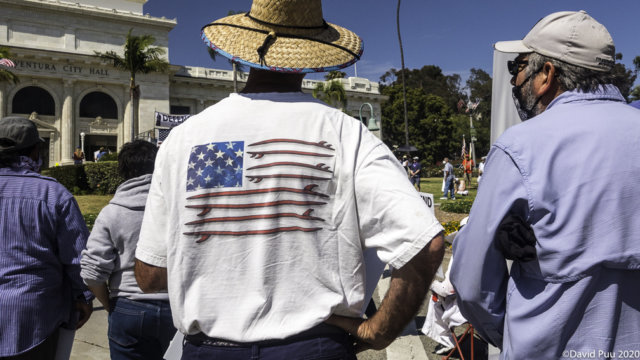 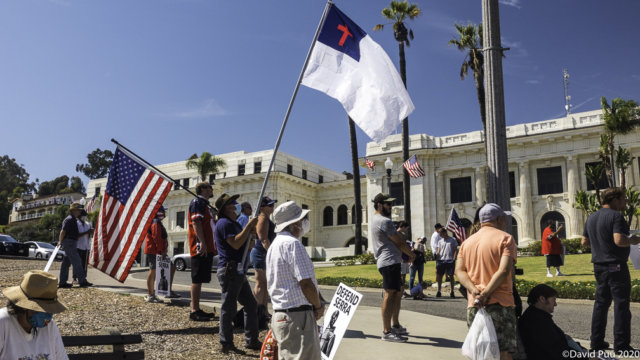 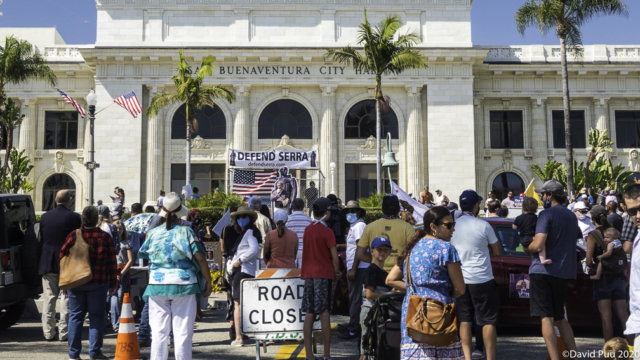 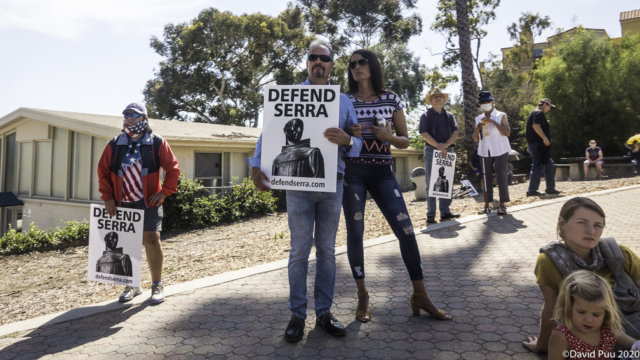 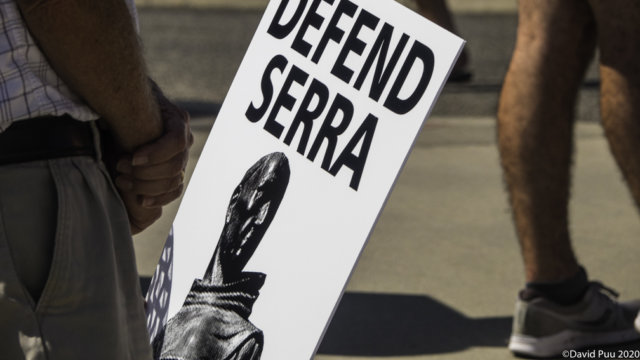 This would be a challenge to return the statue back to where it belongs. Just remember, you will probably have to fight this in court and the weak part of that is that you will have to fight it with private funds while city council will fight it with your tax dollars unless you can find a pro-bono lawyer.

SO, your best chances of returning the statue may be by replacing EVERY council member and replacing them with actual leaders.

… there is no such town as Ventura.

Incorporation name is the City of San Buenaventura.

I’ll just leave it at that.

I think we should replace it with a statue of a Dolphin or maybe a Seal or another of our magnificent local wildlife.

I’m half Spanish in descent (from Spain), and I don’t think we need to keep a statue of Serra to remember history. The king of Spain during Serra’s time was Charles III – so if – as people claim – we need statues to remember history then we’d really need to put up a statue of Charles the III there, and probably some of King George of England back East.

How about the Santa Statue from Santa Claus Lane or a Bob’s Big Boy Statue. That would reflect the mentality of the current city council members.

The idea of trying to please all the self centered bias seen in removing a beautiful piece of art that definitely enhanced the city of VENTURA Is absurd. It just shows how sick our local culture is.

Father Serra baited with food then attempted to coerce the Native Americans to drop their culture and religion and replace it with his religion.

If those Native Americans who accepted his food hand outs did not forsake their culture and religion he beat and chained them for a period of time in an effort to separate them from their families and tribe.

Father Serra worked in generally the same way as Cortez did to conquer the Native Americans and destroy their culture and religion.

Should the statue of Father Serra, a religious Conquistador, have been taken down?

You bet, years ago.

OK, we have your history lesson and I’ll bet there’s a different version by Serra’s proponents. Is removing the statue teaching a positive lesson, or could there have been a better way?

I really haven’t seen that many Stalin, Hilter, Benedict Arnold or Atilla the Hun monuments. Have you?

Please stop publishing false information. Fr. Serra DID NOT found the City of Ventura. He established Mission San Buenaventura among many others. Your title is misleading at best and fake news at worst.

You do have a point there. There are probably some that have a bit of confusion about it. Yes, Fr. Serra established the mission, but the city might not ever have been founded without it.

SO Josh, what should we rename San Francisco?

The period of time in which father Serra and his fellow missionary fathers were working to spread the word of god and creat the missions through out California was time of much change and yes the native people were deeply impacted in what has become a focus of disappointment for me . When I first came to Ventura back in the late sixties, I will never forget my first view looking from the base of California street all the way up to the mountains.
It was like being transported back in time when I looked at the prominent statue of father Serra. And that’s what brings me to this point. We all have our personal thoughts about religion and how it has in some cases brought goodness in mans efforts to be thankful for the life we have and of course it also conjures the thoughts of the worst in man. Thats why I believe we should leave MONUMENTS IN PLACE SO WE NEVER FORGET BOTH THE GOOD AND BAD.,