On August 10th at 9:30pm, officers from the Oxnard Police Department attempted to stop a red Mitsubishi SUV at Teakwood and M Streets for a vehicle code violation.

The Mitsubishi finally yielded at Yucca Street and Saviers Road.  The right rear passenger, Morales, exited and attempted to flee from officers while in possession of shotgun.  Officers were able to detain Morales and located a second firearm, a handgun, on his person.

Morales, a convicted felon and person prohibited from firearm possession, was arrested for multiple firearms violations and obstructing a peace officer. 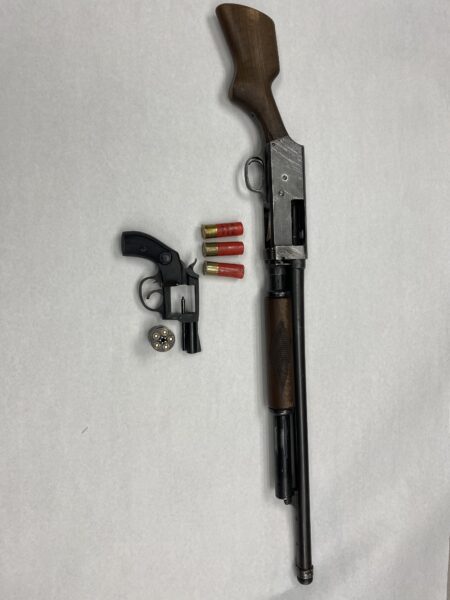 The Mercedes yielded in the 700 block of Polaris Way, in the city of Port Hueneme.  The driver, Frias, was detained without further incident.  Because he attempted to interfere with the pursuit of the Mitsubishi, and attempted to collide with the pursuing officer’s unit, Frias was arrested for assault with a deadly weapon, reckless driving, and evading an officer, all felonies.