Burum for Supervisor Campaign
Oxnard, CA – Carmen Ramirez, Mayor Pro-Tem and candidate for Ventura County Supervisor, District 5 on Thursday lauded her largest community organization supporter but directed a scathing attack against others whom she accused of not doing enough on the issue of homelessness.
She is quoted in an interview by Tri-County Sentry, a weekly newspaper published in Ventura County. “They have to say that we want our government to fund these services,” she said. “That’s where groups like CAUSE get involved. The faith community needs to get involved and not just pray for a miracle. It needs funding, and that’s leadership getting funding for that.”
Jeffrey Burum, independent candidate for the non-partisan supervisorial position called the charges by Ramirez disappointing and reflective of a politician who is willing to criticize religious organizations that are trying to step in and help alleviate a situation made worse by the City of Oxnard’s mismanagement.
“I am saddened that these words are coming from a person who is supposed to be a leader, not someone attacking our wonderful faith-based groups that are doing all they can,” said Burum. “Carmen Ramirez is simply not informed despite being on the Oxnard City Council for nearly a decade. Now she’s seeking a promotion and is willing to lash out at anyone rather than accept responsibility for her own failures,” he added.
Burum said homelessness is a symptom of deeper needs in Ventura County starting with lack of well-paying jobs and access to mental health and other health care services. Also, he said the region’s fiscal budget priorities need to be aligned to attract more investment that will help ensure a strong future economy.
“Nothing will help many of those who are homeless than a feeling of purpose and doing something meaningful for themselves and their families,” said Burum. “Others may be in need of essential intervention services before they can get back on their feet. This is where community-based organizations like our churches, congregations, temples and mosques can each play a part. Instead of attacking our faith-based community members, I pledge to work with them. And by the way, I would remind Carmen Ramirez that prayers do bring miracles so she might want to try it sometime,” said Burum. 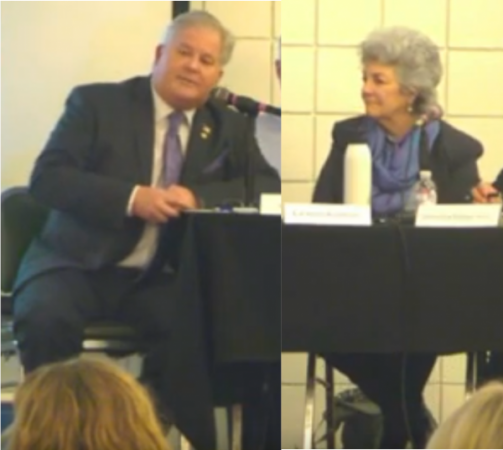 Ah, there’s no mention or disclaimer from author of this article. Writer is noted as being Alex Burum.
Question: I asked this obvious question; Is the writer related to each other?

Alex did not write it, he just posted it. He quoted the source article in the Tri-County Sentry for Ramirez’s words.

Homelessness is a multifaceted problem that government laws/regulations seems to make even worse every time they choose the simplistic “throw more money at it” answer.

Consider all the reasons why there’s homelessness and there may be some answers, but a one size fits all approach will fail.

attack people of faith at your own peril.