Democratic New York Rep. Jerry Nadler is holding up legislation preventing the distribution of a substance health officials say is responsible for tens of thousands of deaths, Walden said in a statement Friday to the Daily Caller News Foundation. The Oregon Republican said time is of the essence on this matter.

“Democrats on the House Judiciary Committee’s partisan obsession with impeachment is preventing us from taking common-sense action to extend a critical tool for law enforcement to combat the trafficking of fentanyl-related substances,” Walden said.

He added: “The Senate has passed an extension, but the House has yet to act. The House leadership needs to put the Senate bill on the floor next week so this critical authority does not lapse.”

Nadler spokesman Daniel Schwarz told the DCNF that Nadler is aware of the legislation. 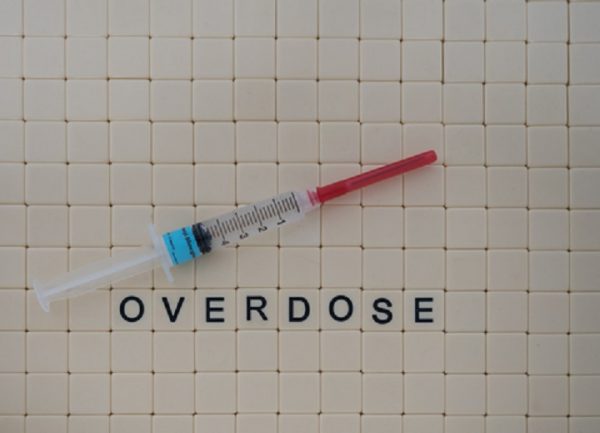 The Drug Enforcement Administration invoked a ban on all fentanyl analogues in February 2018, but the ban expires Feb. 6. The Justice Department is pressuring Congress to enact a law allowing the DEA to ban the substances indefinitely, the Washington Post noted in a Jan. 5 editorial.

A bipartisan group of senators passed the “Temporary Reauthorization and Study of the Emergency Scheduling of Fentanyl Analogues Act” on Jan. 16. The House of Representatives, meanwhile, voted on Jan. 15 to send the articles of impeachment against Trump to the Senate. Nadler was selected as one of the House’s impeachment managers.

“I believe we are having a hearing on it early next week (Tuesday morning), which is needed before we can vote on anything,” Schwarz said, adding, “Not sure what the complaint is.”

Walden is not the only Republican who is criticizing the New York Democrat.

“While Chairman Nadler wastes taxpayer time on a partisan impeachment sham, he is failing to do his actual job on the Judiciary Committee,” House Minority Leader Kevin McCarthy wrote in a Jan. 22 tweet. “The Senate has unanimously (!) passed a ban on fentanyl. The same legislation languishes on Nadler’s desk.”

Fentanyl was found in more than 50% of 5,000 opioid overdose deaths in 10 states in 2016. A dose of 2 milligrams of fentanyl can kill a previously unexposed adult, meaning the loss or misuse of 3.5 grams of the substance due to an inventory error can potentially cause 1,750 deaths, federal research shows.

U.S. officials say the bulk of the drug is pouring into the country through China and parts of South America. Media reports show Trump is considering an executive order to halt shipments of fentanyl, a move designed to apply pressure to China as the U.S. continues fighting the opioid crisis. Meanwhile, the problem continues apace.