“I certainly don’t make it easy on you,” Trump joked to the room before beginning his remarks. “I will continue that tradition if I might this morning.”

He noted that the impeachment inquiry was a “terrible ordeal” for his “family” and “our great country.” 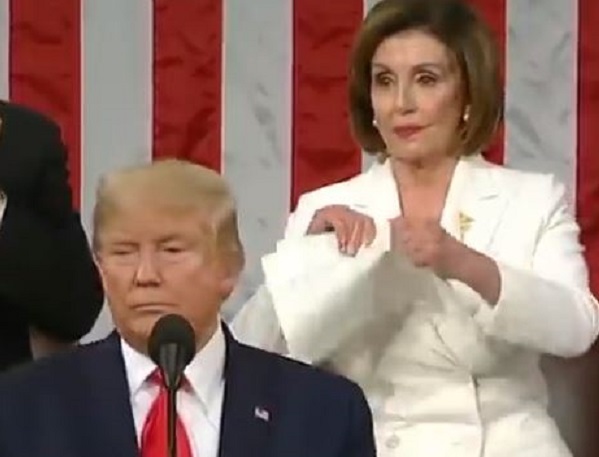 “They have done everything possible to destroy us and by so doing, very badly hurt our nation. They know what they are doing is wrong, but they put themselves far ahead of our great country,” POTUS continued. (RELATED: White House Rebukes Nancy Pelosi And Adam Schiff After Trump Is Acquitted)

He specifically stated he doesn’t “like people who use their faith as justification for doing what they know is wrong. Nor do I like people who say, ‘I pray for you,’ when they know that that’s not so.”

“So many people have been hurt and we can’t let that go on.”

Trump’s comments come just one day after the Senate voted to acquit him of both articles of impeachment. Trump’s “faith” comment was clearly directed at Romney, the only Republican to vote to convict on either article. Romney cited his faith and family in making the decision. The mention of prayer was aimed at Pelosi, who has consistently said she prays for Trump on a regular basis.

The president is set to deliver a televised statement directly addressing the acquittal at 12:00 pm ET from the White House.