Share
Facebook
Twitter
Linkedin
ReddIt
Email
Print
Tumblr
Telegram
Copy URL
Santa Clarita, Calif. – This week, California Secretary of State Alex Padilla delivered a knockout to election integrity, imposing new mandates completely unrelated to whatever health emergency still exists. These new “emergency” regulations open the door for mail ballot fraud, by hindering signature verification. In addition, they allow multiple votes, even if scrawled on notecards, to be stuffed into a single mail ballot envelope. In addition, Election Observation Guidelines now encourage county election officials to restrict what citizen observers can see and hear when those mail ballots are being validated and counted. Election Integrity Project California®(EIPCa) is fighting back!
On September 28, Padilla released 14 new regulations on mail-in ballots and signature verification, effective immediately.
Though Secretary of State Padilla testified to Congress as recently as August 28 about signature verification being all-important, his website did not even mention these regulations until September 25, by which time the 5-day public comment period had passed. In 2020, in tech-savvy California, the Secretary of State could not spare any keystrokes to facilitate brief public comment on regulations critical to this November’s election. The radical provisions of these regulations explain why Padilla did his utmost to minimize public comment.
We know that Secretary Padilla consulted with at least some county election officials and “several voting advocacy groups” but did not include EIPCa, a prominent and well-known player in the field for a decade.
Most of these new regulations are outside the purview of the executive branch of government because they supersede or countermand what is codified in California’s Elections Code. Any such change may only be sanctioned by an act of the state legislature, not simply declared by executive edict. And yet, Padilla is poised to get away with this excessive and likely disastrous executive over-reach.
Padilla’s new Regulation 20960(j) makes it very unlikely that any envelope signature will be rejected.  Without any basis in California law, the Regulation imposes a standard until now occurring only in criminal procedures, requiring that 2 additional election officials agree, beyond a reasonable doubt, that the signatures do not match.  [(Regulation 20960(j), 20991(b)(3)].
A vigorous signature matching process filters out fraudulent votes. The “curing” process, whereby no ballot is rejected without notifying the voter and offering an opportunity for that voter to verify the ballot, protects voters from having a ballot rejected by a signature match snafu. Because of that process (passed in 2018 and strengthened in 2019), elections officials should be freed up to challenge signatures with no obvious similarity to the signature on file without fear of wrongfully disenfranchising legitimate voters.
Officials and experts have been reassuring the public for six months that mail ballots are secure, thanks to watermarks in the printed ballots and unique codes on the return envelope that identify each voter. Regulations 20991(b)(9) and (10) make those reassurances obsolete and moot.
Now a voter does not even need a genuine ballot, but can just mark up a sample ballot, or scrawl votes on a “letter or note”. A diligent fraudster can stuff one barcoded ballot return envelope with as many notecard ballots as will fit, and scribble names and signatures of additional voters somewhere on the envelope. [20991(b)(11)]. Because signature verification has been weakened, such fraud could well succeed.
On September 28, Padilla released a new version of “Election Observations Rights and Responsibilities.” According to the new mandate, observers may be restricted to a “designated area”. County officials are encouraged to use discretion to determine how far back observers have to stand.
Remote observation from separate rooms or even from home is now a condoned and sanctioned obstacle to public oversight under the Election Observer Panel Plan.
CA Election Laws §2300(a) (9) & (10) give California voters the right to observe every aspect of the election process, ask questions and receive answers. Election Code §15104 provides observers the right to observe the processing of vote-by-mail ballots closely enough to see the signatures and the marks on the ballots. It also mandates that observers have the opportunity to challenge procedures in a “reasonable and timely manner”.
Remote observation not only limits the quality and narrows the viewing angle of what the observers can see, it also keeps them from asking timely questions about election procedures. This spring in Los Angeles, our observer in the Zoom room was told to write down her question and mail it to the Registrar of Voters, an accommodation that is neither reasonable nor timely.
Election Integrity Project California will carry on its efforts in the face of these attacks on election integrity. Public awareness will be crucial. 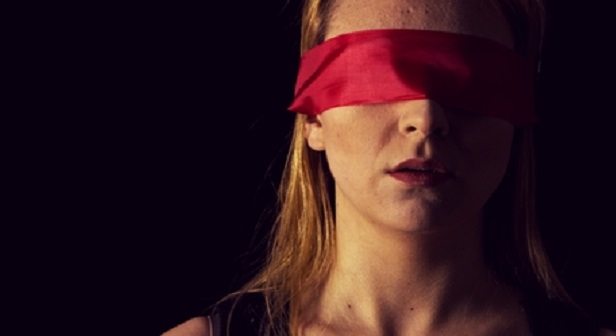 For 10 years, Election Integrity Project®California (EIPCa) has trained over 11,000 nonpartisan volunteer observers, while fielding only 5 complaints from election officials. EIPCa is on track to train approximately 2,000 California citizens to observe the election process in the November election.
Election Integrity Project®California is a nonpartisan, nonprofit public benefit corporation, tax exempt under Internal Revenue Code section 501(c)(3). Contributions are tax-deductible.
For more information, visit our website at https://www.eip-ca.com.

Over the last six months, I’ve tried to volunteer as a poll worker, assistant, or observer. Been turned down FOUR times. No reason, except they say that since I’m “over 60, it’s a dangerous situation for me”! What? So, is there any way I can be a “citizen observer”, at the Ventura Unified School District site? Any suggestions are appreciated. Thank you.

Padilla’s not stupid. He knows very well what he’s doing will be contested in court and he will lose. He also know’s that it won’t matter if he loses if the election is won in his political benefit.

WIN, BY ANY MEANS

The issues I am already seeing begin with the signature verification process. I registered to vote 40 years ago, my signature has changed in that time. Will my ballots be nulled because the signature doesn’t match the one on file? Unless the person checking is a trained handwriting expert how can we actually trust them? Last November ID’s weren’t required, though many were happy to show theirs, at least we can see that the person dropping the ballot filled it out by themselves. There are so many ways this can go sideways. I am sad to say this, but, perhaps California votes should not be allowed to count in this election (mine included) because Sacramento has almost ensured that the count will have been tampered with and there will be no truth to the outcome.

Better yet, have Judicial Watch file suit against Padilla… He’s as corrupt as they come….

Can we recall Padilla too??