On Tuesday March 24th, 2020 at 1:15 PM, Port Hueneme Police Dispatch received a call from a victim reporting an unknown suspect brandishing a firearm at him.  The incident took place in the area of the Coin Laundry located at 299 East Port Hueneme Road.  When Police arrived to investigate, they learned the suspect left westbound on Hueneme Road in a white colored SUV 4-door vehicle.

Officers and Detectives interviewed several witnesses and were able to obtain a detailed suspect description and video surveillance from the shopping center.  The suspect was described as a white male, early twenties, 6’0 to 6’2, wearing a white tank top.  The incident began as a possible case of road rage.

Officers set up surveillance in the area based on information they received during their investigation.  At approximately 2:30 PM, they observed the suspect driving a white SUV eastbound on Port Hueneme Road from Market Street.  A high-risk vehicle stop was conducted and the suspect was arrested without incident.  The suspect was found to have in his possession a loaded 9mm handgun and a baton. 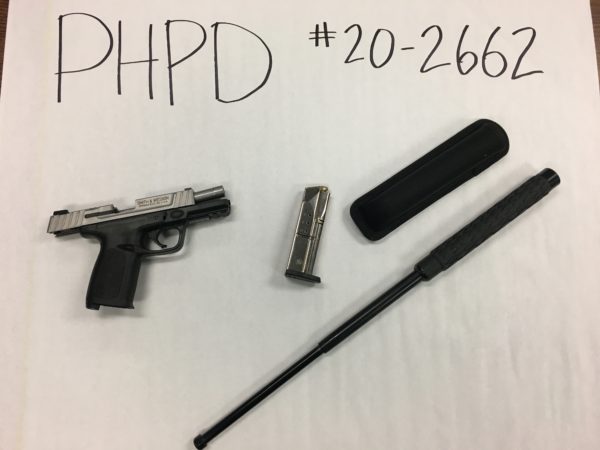 With current gun registration laws, where are all these girls coming from