Prof REQUIRES Students To Accuse Someone Of Being ‘Racist, Homophobic Or Ableist’ 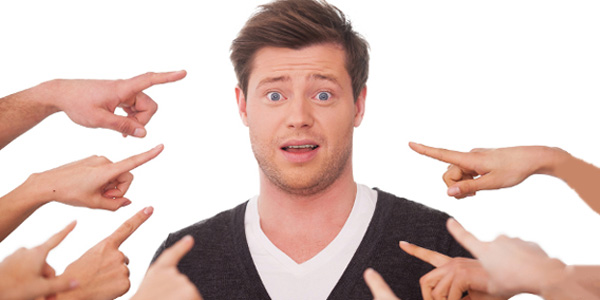 Professors at the nation’s state-funded colleges and universities typically are seen as trainers of the next generation of left-wing social and political activists.

But a professor at the University of New Hampshire is doing his best to make sure his students become active social justice warriors before they leave his communications class, reports the New Hampshire Journal, an independent publication that reports on policies and issues affecting the state.

Edward Reynolds, according to documentation posted on Twitter, has an assignment that requires students to seek out someone to accuse of being racist, “homophobic” or “ableist” and record the confrontation.

To receive credit for the assignment, students must “call out” someone for alleged bigotry, or “call in,” as it’s described in a course description posted on an account called “Libs of TikTok.”

“Call in someone on their ableist, racist, or homophobic use of language, for microaggressions (or an act of racism) towards a person of color, homophobia against LGBTQI+, or ableism against a disabled person,” the course description states. “You must also record calling them in, in order to get credit.”

University of New Hamshire assignment requires students to find someone to accuse of being racist, homophobic or ableist pic.twitter.com/RW6wBZA1B1

Reynolds’ course description states the recordings and the names of the people  who are called out will not be made public.

But the New Hampshire Journal said neither Reynolds nor university officials answered the news site’s questions, including about how anonymity will be guaranteed.

The Journal noted that last year, the New Hampshire legislature banned public employees from teaching that any person or group is superior or inferior based on their race, creed, or sexual identity. But the law excludes the state’s public system of higher education.

“As far as I’m concerned the public has a right to know why tax dollars are being spent on student witch-hunts, said Rep. Alexander. “Make no mistake, New Hampshire institutions of higher learning are not immune to the sort of ‘woke-ness’ that is prevalent in the swampiest parts of this country. The public needs answers.”

The Journal pointed out that former President Barack Obama has criticized “call outs” as self-righteous behavior rather than activism.

“If I tweet or hashtag about how you didn’t do something right, or used the wrong word or verb, then I can sit back and feel pretty good about myself, because, ‘Man, you see how woke I was. I called you out.’ That’s not activism,” Obama said.