Fracking insiders said that the dynamic growth of shale in recent years is suffering a slowdown as industry investors demand higher returns and lower debt.

“This was a hard decision to make and one we did not take lightly, but ultimately it was a necessary, prudent action,” Range Resources CEO Jeff Ventura told Reuters of his firm’s actions.

The company has sold $1.1 billion in assets, closed offices, and reduced staff, using proceeds to buy back shares and reduce debt amid weaker oil prices. 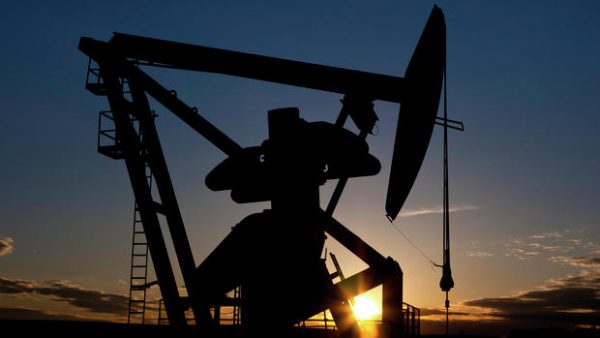 Shale output in the United States has surged to nearly 13 million barrels per day (bpd), making the nation the world’s largest crude oil producer and a major exporter.

Recently, the United States hit a milestone in the Trump administration’s quest for energy independence, becoming a net exporter of crude and petroleum products for a full month for the first time in 70 years, according to government data. U.S. monthly oil exports surpassed imports by 89,000 barrels per day in September, making the country a net exporter on a monthly basis for the first time since the government started tracking relevant data in 1949, according to figures published by the Energy Information Administration (EIA).

But the shale outlook for 2020 comes with growing skepticism from those inside the industry.

Producers have reduced the number of oil rigs operating for a record 12th month in a row, sidelining a quarter of the country’s drilling rigs in the past year, according to service firm Baker Hughes.

A representative of oil-field equipment company RK Supply, which operates in the Midland area, told The Wall Street Journal that as shale producers cut back on new projects, the company has put its hiring plans on hold.

U.S. oil production next year will rise by 1 million bpd, U.S. Energy Information Administration predicted, with most of the gains attributed to shale.

Global inventories are “a little bit oversupplied,” said Ian Nieboer, an analyst with researcher RS Energy Group, which puts U.S. growth at about 100,000 bpd next year. “It puts a lid on any optimism.”

Oil majors Exxon Mobil Corp and Chevron Corp have not pulled back from their Permian plans. Exxon is targeting 1 million bpd of production by 2024 in the Permian and Chevron is aiming for 900,000 bpd a year earlier. Top Permian producer Pioneer also recently increased its forecast for this year’s oil output and aims for a mid-teens percentage gain over several years.

Oil majors are less susceptible to lower prices and will continue to invest in the Permian, said Muqsit Ashraf, senior managing director for energy at Accenture Strategy, adding that the largest independents also are likely to expand output.

Increased scale will give the majors an edge in the Permian, said Chris Snyder, an oil analyst at Deutsche Bank.

“Historically shale was a cottage industry, with one well drilled at a time and each done differently,” said Snyder. “As we move to this manufacturing approach, that favors the skill sets of majors.”

Fracking is a way to extract resources from deep underground, including oil, natural gas, geothermal energy, or water.

In the United States, over 1.7 million wells have been completed using fracking.

“Put simply, hydraulic fracturing is the process of injecting liquid and materials at high pressure to create small fractures within tight shale formations to stimulate the production and safely extract energy from an underground well after the drilling has ended and the rig and derrick are removed from the site,” IPAA explains.

“The process takes about three to five days, on average, to complete from start to finish. Once the fracturing operation is finished, the well is considered “completed” and is now ready to safely produce American oil or natural gas for years, even decades, to come.”

The IPAA estimates that the fracking process has led to the production of over seven billion barrels of oil and 600 trillion cubic feet of natural gas.

I just hope this doesn’t affect the current standing of The United States as a petroleum exporter.