Qualified Immunity And The History That Drove The Doctrine

The doctrine of Qualified Immunity is a heavily debated topic in 2021, and the history of its creation runs deep. The most recent case which addresses qualified immunity was decided by SCOTUS Taylor v. Riojas (2020), involving an inmate held in a Texas Correctional Facility under deplorable conditions in Lummock, Texas.
The 5th District ruled an 8th Amendment(prohibiting cruel and unusual punishment) violation occurred, however Taylor’s (the petitioner) evidence concerning the conditions of incarceration was NOT of a substantial duration to constitute a violation of his civil rights. The 5th District relied exclusively on lower court interpretations of the Harlow v. Fitzgerald (1982) SCOTUS ruling, that required prison officials responsible for Taylor’s confinement to have “fair warning” that specific acts were unconstitutional. This would be evidenced by specific legislation or court cases that have substantive information to provide training for government employees. For this reason, the 5th District ruled Qualified Immunity could not be waived to allow civil damages to be pursued against corrections department employees.
The Supreme Court ruled on 2 November 2020 Taylor v Riojas https://www.scotusblog.com/case-files/cases/taylor-v-riojas/ to set aside the finding that Qualified Immunity could NOT be waived, and returned the case to the 5th District for further consideration. SCOTUS ruled (7-1), with Justice Barrett taking no part in the case, as she was newly seated on the Court. 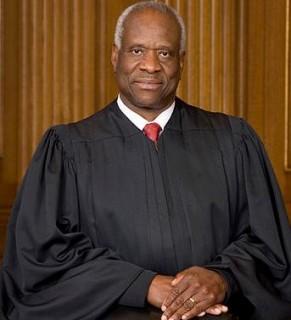 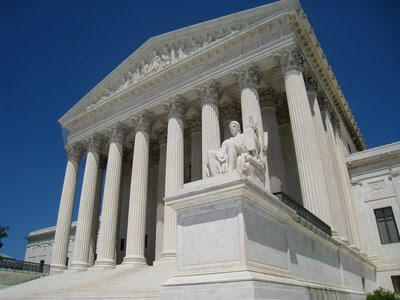 It only took 3 years for SCOTUS to create an entirely different class of citizen, by carving out a specific immunity for law enforcement. In Pierson v. Ray (1967) the Supreme Court first justified the need for qualified immunity from civil rights violation lawsuits for law enforcement officers by arguing “that a policeman’s lot is NOT so unhappy that he must choose between being charged with dereliction of duty if he does not arrest when he has probable cause, and being mulcted in(fined) damages if he does.” Chief Justice Earl Warren. Pierson was a preacher, and NOT Black. The only Black party in the lawsuit was James P Breeden. The Defendants were Captain Ray, two of his officers, and a Judge Spencer, who presided over the State case in Mississippi. Associate Judge Douglas was the only dissent, due to his opinion that Judge Spencer should not have the protection of Absolute Immunity, which was ruled intact by the other eight Justices. Historically, the Supreme Court led by Warren has been identified as a Liberal Court https://www.supremecourt.gov/DocketPDF/17/17-1142/39193/20180316155535905_17-1142%20Amici%20Brief–PDFA.pdf
In Harlow v. Fitzgerald (1982) SCOTUS expanded qualified immunity in what is considered the current test, extended to all government officials.
“Government officials performing discretionary functions generally are shielded from liability for civil damages insofar as their conduct does not violate clearly established statutory or constitutional rights of which a reasonable person would have known.” https://supreme.justia.com/cases/federal/us/457/800/ This wording was meant to eliminate a problem that the Justices saw as obvious. Long court battles to determine the state of mind of a government official deters officials from performance of their duties, distracts the government from current issues, and discourages citizens from acceptance of public office. Lower courts have determined since this 1982 ruling that the wording “clearly established statutory or constitutional rights” to mean past court rulings and codified (Federal and State) law that a trained officer would know.
Historically, the Burger Court, which ruled in Harlow v. Fitzgerald is considered a Conservative court in the opinion of every source reviewed. Chief Justice Burger was the only dissent, and his opinion was based on his belief that the Absolute Immunity of the President extends to Presidential senior aides, which the Court struck down in this ruling
“Sovereign Citizen” has come to be used by persons who object to the overreach of government, and desire to remove themselves from government control at every level. The concept arose from the Supreme Court rulings in Dred v. Sandford (1857) where Dred Scott petitioned for his citizenship, and the Court ruled he was not an American citizen or a citizen of any country. The decision was overturned in 1858 with the passing of the 14th Amendment granting full citizenship to African-Americans. This amendment was nullified by the Supreme Court in 1883, then recertified with the Civil Rights Act of 1964. I’ve witnessed the term used derisively by law enforcement toward a citizen who refuses to identify unless an officer can state Reasonable Articulable Suspicion (RAS). SCOTUS created Qualified Immunity Doctrine in 1967, and reinforced the doctrine in 1982. Government officials became judicially “quasi-sovereign”. At the least, they enjoy specific rights above all other citizens of the United States.
Americans are questioning this doctrine of Qualified Immunity, and asking if it’s time for our Nation to move from the protections that were needed in our history, toward a new future where each American has the same Rights, Freedoms and Consequences as others.