“Dozens of young White House staffers have been suspended, asked to resign or placed in a remote work program,” The Daily Beast reports,  “due to past marijuana use.”

Or, rather, due to having truthfully disclosed that marijuana use when applying for their jobs. It’s a felony to lie on forms like the Office of Personnel Management’s “Questionnaire for National Security Positions,” which asks “In the last seven (7) years, have you illegally used any drugs or controlled substances?” Presumably some applicants decided to risk the felony rap rather than out themselves. They’re apparently the smart ones.

I’m not prone to pity for government employees who find themselves kicked out of Uncle Sugar’s paycheck mill and into the productive sector, but the sheer idiocy of this move doesn’t augur well for drug policy in general.

If you believed that Joe Biden and Kamala Harris were really going to take a different approach to the “war on drugs,” and voted for them on that basis, you got conned. And you should have known better.

When it comes to marijuana in particular, every winning presidential candidate since Bill Clinton has pulled the old “Lucy tells Charlie Brown to kick the football then pulls it away” routine. 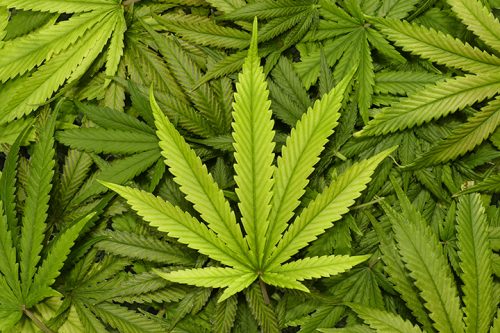 Barack Obama and Donald Trump might have fooled you, but they were elected president as, more or less, political novices, without records of actual governance to compare their campaign rhetoric to.

Biden and Harris, on the other hand, have both spent their decades in political office gleefully doing their damnedest to put users of substances they disapprove of behind bars — Biden in the Senate and Harris as both a prosecutor and US Senator. Their supposed slight changes of heart on the presidential campaign trail were simple opportunism, and transparently so to anyone knew their records.

If America in general ran on the White House policy we’re seeing here, US unemployment would stand at (at least) 52%. That’s the percentage of adults who admitted to having used marijuana at some point (and 44% of those claimed to still use it) in a 2017 Marist/Yahoo News poll.

Fortunately, America in general is way ahead of the federal government, and the Biden/Harris administration in particular, on marijuana. Medical marijuana is legal in 39 states and DC (five more have legal CBD), while 15 states and DC have legalized recreational use (although South Dakota’s governor is pushing malicious litigation to overturn the will of the voters on the subject).

The war on marijuana may not be over, but marijuana is clearly going to win it. The only question is how many more victims Joe Biden and Kamala Harris will have abducted and put in cages (or killed) before America recovers from its chronic case of reefer madness.

Well of course their stoners. How else do you work for and respect?? the most unlikely POTUS in modern times? Everything you believe is filtered through the smoke and fog of chronic marijuana use.