“You may have heard the talk of diversity, sensitivity training, and body cameras. These are all fine and applicable, but they understate the task and allow the citizens of this country to pretend that there is real distance between their own attitudes and those of the ones appointed to protect them. The truth is that the police reflect America in all of its will and fear, and whatever we might make of this country’s criminal justice policy, it cannot be said that it was imposed by a repressive minority.”
― Ta-Nehisi Coates, Between the World and Me

The first crucial and mandatory step toward real and progressive 21st-century police reform in Oxnard is the community taking over the vital role of departmental management and policy administration of the Oxnard Police Department (OPD). The initial step is not about defunding the cops, because it deflects and detracts from the number one problem that every police department in the nation has, including the OPD, which is cops supervising cops! For 100+ years the Oxnard City Council and by silent complicit acquiescence of the residents, we have let the “foxes” patrol with unfettered power, control, and impunity the community’s “chicken coop”. How has that worked out, for people of color, the homeless, the disenfranchised, the immigrant, and the youth, Oxnard? 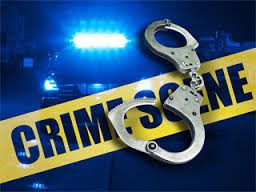 True police reform is the community taking complete control and management of the police department. It is a radical idea to be sure, but it is the only way to eliminate obsolete, ineffective policing, police brutality, disproportionate and avoidable killings of people of color, and out of control police budgets that make up approximately 60% or more, of the entire Oxnard yearly budget. What is required in this country, Oxnard included, is a sober and courageous rejection of a 100+-year-old obsolete police model that was originally created to serve the white propertied elite, the rich and powerful, and keep the minorities controlled, shackled, and disenfranchised. The current OPD police model leaves 98 % of the Oxnard population without equitably legitimate due process, transparency, representation, redress, and accountability protocols in place.

The unjust and dark history and creation of the police on this continent began around 1631 when English patriots and Colonial loyalists answered the King’s call to serve as the “King’s Army” to safeguard and protect the King’s property and material riches. After the United States fought for and gained  its independence, the city of Boston in 1838 and in New York in 1844 began the first urban police department, and in 1835 in South Carolina, the state created “Slave patrols”. What these newly created, mostly privately paid for by the rich property owners, police departments had in common was the fear of the Blackman’s newly acquired freedom, violence and revolt. The Blackman now “freed” had to be policed, subjugated, and controlled. In the “wild West” the white man took the matter of “Indian and Mexican” control into his own hands and largely policed these populations through a violent system of vigilantism. The vigilante was the “sheriff, judge and executioner”, an all in one racist, evil, and murderous lawless system. In 1909, the first “modern urban” police department was created by August Vollmer, a military man, in Berkeley, California. The police model that Vollmer created was, of course, a military police force. As Vollmer put it, “After all, we’re conducting war, a war against the enemies of society” As we are witnessing today with the unjustified, horrific police brutality and killing throughout our nation very little has changed in policing practices in the past 111 years, when  the first “modern urban” police department was created in this country.

“During the commentary on Ferguson, someone pointed out that the purpose of the police is supposed to be to protect and serve. At least, that’s their slogan. Soldiers are trained to shoot to kill. We saw the way in which that manifested itself in Ferguson.”
― Angela Y. Davis

What is required today in every police department in the nation, Oxnard included, is the design, development, implementation of a progressive and restorative resident-driven 21st-century safety and community wellness model that is managed and supervised by an Oxnard Community Police Review Board (OCPRB). In this safety and wellness model, the cops are managed and supervised by the community. The cops play the one vital role that they have been solely charged to do and should have been doing all along, working as public law enforcement and crime prevention public servants.

The old models, scatter around the nation, of Community Police Review Board (CPRB) are generally comprised of four central features, they are:

Advocates of this traditional Community Police Review Board claim that the principal benefit of having well-respected community volunteers on the CPRB helps restore public trust and faith in their police department. Additionally these proponents argue, the CPRB makes the vital resident complaint process more accessible, transparent, and effective.

The Community Police Review Board I envision in Oxnard sounds like I am proposing radical stuff because the basic creation of the American police model has not changed much for the past 100 years. Police department nationwide, and Oxnard is not exception, are obsolete relics of racist, unjust and segregated history and, were created to protect rich white men and their property and to control, subjugate, and disenfranchise the nation’s minority masses yearning to be free and equal. This 111-year-old police model is obsolete, highly militarized, burdening the community with an obscene yearly budget, and has little to no credibility or trust in the minority communities across this nation. We can do better Oxnard, it is time to take full control of our community safety and wellness police department. A Oxnard Police Department that is charged with the working of public safety service and not as a “militarized” police department that acts as Vollmer stated in 1919, and Trump is channeling in 2020, “After all we’re conducting war, a war against the enemies of society”

“When a person places the proper value on freedom, there is nothing under the sun that he will not do to acquire that freedom. Whenever you hear a man saying he wants freedom, but in the next breath he is going to tell you what he won’t do to get it, or what he doesn’t believe in doing in order to get it, he doesn’t believe in freedom. A man who believes in freedom will do anything under the sun to acquire…or preserve his freedom.” –Malcom X

This nation, and Oxnard, is divided along racial lines, often times with a hostile and deadly police department between us. We have witnessed throughout this countries 200+ history and contemporarily in vivid and horrific videos and images how many of our encounters with the cops turn out. I have challenged, OPD Chief Whitney, as I have done many times in the past, with all the other police chiefs, to work with the community in the development of an equitable, progressive, vibrant and transparent Community Police Review Board, after more than 20 years, with no reply yet, I am requesting again.

This garbage piece seems like something a Chinese troll would write. Anyone that lives in Oxnard knows this puff piece is nonsense.

I don’t see any racial lines, I see hatred against the homeless from official Oxnard, and a few others, on a continuing basis.

Some local cops won’t abuse us–though they have an official mandate to do so–but some seem to enjoy hurting tbe defenseless.

A friend was knocked off his bike and lying in a ditch. The driver walked around, saw his backpack, said “oh, you’re homeless” and threw a 5 dollar bill down on him. Left without providing assistance.

If he’d only said “oh, you’re a black guy” my friend could have complained and had support. note: my friend is a black guy.

He’s not a reporter. He’s a Marxist shill opinion writer.

Oxnard P. D. Is doing an Outstanding Job, there problem is Thanks to the Mayor and chief of police declaring Oxnard a Sanctuary City it’s harder to Enforce the Laws.
Yes there’s bad neighborhoods in Oxnard. People setting of illegal fire works ( No Help from Oxnard Fire Marshall ) police officers can’t do anything if they don’t physically see them lighting the fire works.
Crimes are committed but about 40% of them are in America Illegally, so the return to Mexico for a while.
LAWS NEED TO CHANGE AND ENFORCED.

The OPD doesn’t need reform and Oxnard is not “divided along racial lines, often times (sic) with a hostile and deadly police department between us.”
Often times? That’s fiction. While there may be prejudice held by individuals, it’s categorically NOT been a cause of friction in our community for a very long time. And whatever issues the OPD may have exhibited that leaned toward a partial adjudication of justice were excised long ago.
This editorial attempts to layer problems from outside our community into it in order to place Oxnard in a larger political agenda that aims to fundamentally alter our nation.
Don’t buy it.
Don’t let the radicalism tearing other cities apart to take root in our fair City.

Exactly, Joe!
This article is completely out of touch with what happens in Oxnard on a daily basis! That area is a drug infested, gang banging area. I know this because I own property there and work closely with law enforcement to keep our tenants safe.
Would love to know where the reporter got his facts from…

If you look closely you will see the communist manifesto philosophy embedded in this communist rant. Having a civilian review board has its place if it is set up as a representative of the citizenry and not any special group. They can provide feedback and opinion but the control of the PD lies with the COP and the rule of law.

Oxnard is not divided among racial lines. It is like 80 percent hispanic. If people don’t want a confrontation with police, how about behaving and not committing crime?