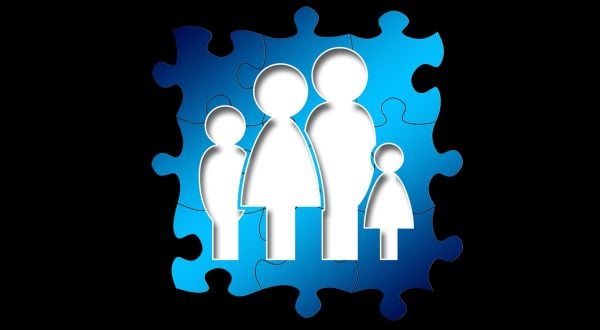 The National School Boards Association, the education industry group that suggested parents protesting leftist school-board agendas were “domestic terrorism,” owes some $20 million to the IRS, according to a report.

The organization recently issued an apology for its letter to the Biden administration lashing out angrily at parents.

“As you all know, there has been extensive media and other attention recently around our letter to President Biden regarding threats and acts of violence against school board members,” the organization said in a memo. “We wanted to write to you directly to address this matter.

“On behalf of NSBA, we regret and apologize for the letter,” the group wrote, explained there was “no justification” for its language.

Now Just the News is reporting on the $20 million owed to the IRS, based on tax forms it reviewed.

“Most of that comes from ‘accrued pension liability,’ as disclosed by the National School Boards Association’s 2017 and 2018 Form 990 filings. Unlike those two, the 2019 form — the most recently filed — does not include an itemized list under the federal income taxes subheading for ‘other liabilities,'” the report said.

Just the News reported it could not find any effort by the IRS to seek those owed funds.

“The only federal legal action against NSBA in its own jurisdiction was an employee lawsuit alleging racial discrimination, which a judge dismissed about a year ago,” the report said.

NSBA director of communications Jason Amos noted the organization is a tax-exempt nonprofit, “but didn’t respond when told the liabilities are listed on its own federal tax forms,” the report explained.

The situation revealed the Biden administration’s attempts to respond to any demands from its support base, such as the school boards group, because within just days of the association’s letter characterizing parents as terrorists Attorney General Merrick Garland directed the Department of Justice and FBI to move against those parents.

The NSBA also is facing a “revolt” from at least 21 state members, the Just the News report explained.

It had cited “the growing number of threats of violence and acts of intimidation” against school board members.

Its later memo, from the board of directors, claimed the voices of parents “should and must continue to be heard.”

The fight over parental comments and involvement was characterized by a situation that developed in Loudoun County, Virginia. There, a father was brutally taken down and arrested by law enforcement acting in concert with the school board after he called out the superintendent for claiming there were no known assaults that developed because of its transgender agenda, which allows males who say they are female into girls’ facilities.

The father protested because he own daughter had reportedly been assaulted by a male wearing a skirt in the restroom.

Reports later noted that the superintendent and board had known of the alleged assault at the time the denial was issued.

Other disputes have erupted over boards’ attempts to indoctrinate students with Critical Race Theory, which teaches that all whites are racist, as well as books being added to school resources that parents consider to be pornography.

There have been times when school boards called in police to silence parents opposing their leftist agendas – or even have simply shut down a meeting because they don’t want to hear parental objections.

After Garland sicced the FBI on parents, he denied doing that.

He claimed, to the House Judiciary Committee, “The Justice Department supports and defends the First Amendment right of parents to complain as vociferously as they wish about the education of their children, about the curriculum taught in the schools.”

The Pennsylvania affiliate of the NSBA already has officially pulled out of the organization, and officials in Alabama, Kentucky, Florida, Ohio and Louisiana are reviewing their options.

Lance Melton, the chief of the Montana School Boards Association, told Just the News the national group, “kind of went against the collective wisdom of its membership.”