Strong-minded individuals who resist the evil empire can have an effect far disproportionate to their numbers. From Eric Peters at ericpetersautos.com:

Of all the lessons that have been learned over the course of the past almost-three-years now, there is one over-arching one. The one they – our tormentors – are desperate people not learn.

It is that resistance is not futile.

It didn’t seem like it would. It took awhile to show that it did. But the point is, it did – eventually. Because we did.

Enough of us didn’t wear a “mask” and by doing that showed the rest that “mask” wearing was medically absurd. We didn’t die. Many of us didn’t even catch the cold that was used as the pretext for insisting that everyone “mask.” We showed our faces, often being shown the door for doing so. But we showed them we were right. 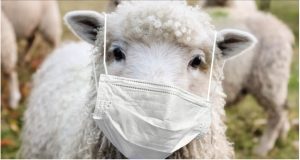 That wearing a “mask” just because they said so was servile. That it furthered evil.