Citizens Journal was founded eight years ago by a group of Ventura County concerned Citizens and has grown to 160,000 readers and over 37,000 published articles. They did this to help address what they believed to be deficiencies in existing news media available in the region.

Now, they have passed the torch to a new, younger, and quite talented, team of equally concerned people who have pledged to uphold and continue the publication’s mission: Johanna Anim Caviezel, Mark Caviezel and Dr. Greg Albaugh. They are all accomplished local Oxnard professionals who wish to serve the community via civic activity and now also by assuming control/operations of Citizens Journal- Ventura County , Ventura County’s REAL news.

Johanna Anim Caviezel- Publisher
Johanna is a Ventura County-based small business owner with a background in IT. She holds a teaching certificate. She also owns and operates EZ Dough Fundraising, a fundraising company. EZ Dough operates in Ventura, Santa Barbara, SLO, LA and Kern Counties. Johanna manages the sales, logistics and administration. EZ Dough has helped schools and non-profit organizations raise millions of dollars since its inception. She lives in Oxnard with her husband.
“I’m  excited to join Citizens Journal because I can use my background in fundraising to help raise money to further the goals of factual news reporting for Ventura County. To have a place of curated information is essential to the community. As Publisher, I hope to faithfully continue the great work that the original founders started.”

Mark resides in Ventura County.  His background includes service as a US Marine, aerospace engineer and business owner.  Spacecraft and rockets are his primary occupation; he has been program manager for a number of spacecrafts which are currently in orbit.  Mark is the lead inventor of a high-performance rocket propulsion technology which is currently patent pending.  He currently works at Northrop Grumman Astro Aerospace.   He holds a commercial pilots license.   An avid world traveler, he has visited over two dozen countries.  He was a contributor to a student newspaper while matriculating at the University of Washington.

Mark is elated to be part of the new generation of talent at Citizens Journal.  He says, “Across America, it is apparent to every sentient person that polarization and bias in media – and thus across our entire society – is a terrible and dangerous problem that needs an antidote now.  I’m pleased to have been accepted by the prior operators of Citizens Journal to continue and expand the mission of providing ‘Real News for Ventura County.’ ”

Dr. Gregory Albaugh- Assistant Publisher
Dr Albaugh is a Vascular Surgeon in Ventura county. He is the managing partner of Coastal Vascular Center, P.C. and the Owner/Medical director of Visage Ventura Medi Spa. He has lived in Ventura County for the last 17 years with his wife and two children. He is the co-founder of Hold Fast Project and publishes an online blog called VeritasVC.
“It is quite an honor to be on the team that is charged with taking Citizens Journal onward to the next level.  For the last 8 years, CJ has been the source of fair and conservative news in  Ventura County.  They have started from nothing and developed an online viable competitor for the local mainstream media.  I am blessed to receive the opportunity to be involved with such a high-quality publication.  We collectively vow to stay true to the principles of CJ.  This is an important platform for informing the masses and providing information vital to our readers without commercial bias.
Other incoming volunteers have skills in accounting, law, fundraising, writing/blogging and IT.

Citizens Journal’s co-Founder and outgoing Publisher George Miller said “we built CJ up from zero to 160,000 readers and over 37,000 published articles with a $1200 initial startup investment and commenced public operations on June 21, 2013.  The publication is now on line on 14 platforms, with 70% of readers in Ventura County, 20% in LA County and the rest elsewhere. The lean operations approach employed utilizes volunteers, very streamlined systems and an all on-line approach. There are no printing presses, delivery trucks, plant or equipment, as everything is done digitally via the Internet at volunteers’ homes or in the field.” This makes them far more competitive and agile than what Miller describes as “dinosaur media.”  The “Citizens Journal” genre is a refreshing and sometimes edgy departure from typical approaches and brings a new vibe of authenticity and relevance.

Michael Hernandez provided the journalism expertise, project management and acted as the founding editor, while an eight person start-up team provided on-line savvy, IT and knowledge of local and wider issues/affairs. Debra Tash took over as Editor-in-Chief in August 2013 and has run day to day editorial work since then. She plans to stay on at least through the transition and training/recruitment of staff. Tash is a published author and business woman who runs two local companies.  She is an accomplished speaker and advocate who founded a local chapter of a national property rights group, Citizens Alliance for Property Rights, Ventura County. She holds a degree in Urban Planning as well receiving numerous national awards for her writing.  Miller, a retired management consulting firm president and former software company and manufacturing executive, was Publisher, acting as CEO, administration and directed  IT, Finance, Marketing and Sales.

There has been very heavy staff attrition due to illness, deaths and moving out of the area, with eight people leaving in the last year, including Hernandez, who still writes some from Northern California. Others have gone to Texas, Arizona, Idaho, Florida, Heaven and other points. The Departure announcement By Publisher George Miller, Editor-in-Chief Debra Tash and Assistant Editor Carol Miller, a former operations specialist and Oxnard teacher, all of whom had weighed the pros and cons for months, triggered the sale of the company to the new Members, who are engaged in local civic and business pursuits.

The publication has offered a different perspective on issues and events than was previously available. They try to keep the news as factual as possible, but the opinion sections sometimes raise readers’ heart rates and passions, judging from their comments, calls and mail.

The project to create the publication was initiated by a countywide civic group which set it as its top priority in December, 2012. They did it to develop a counterweight to traditional media, which they believed were failing the community in some respects. That group no longer exists, but left behind its progeny, Citizens Journal.

The old and new managing Members are already working together for a smooth transition for the new team to hit the ground running. “It would have been wonderful to have the present Citizens Journal and us as a starting point back in 2013- no telling where we would be by now”, mused Miller. Most of the 50+ regular contributors contacted so far plan to stay on. These people are responsible for much of CJ’s success. Even Tash, Hernandez and Miller will continue to write and advise sometimes. The new team will be taking Citizens Journal to the next level.

I hope CJ continues to focus on local issues.There is/was a lot of value in the archives. Sheryl Hamlin’s work has been priceless for Santa Paula.

I’ve been fortunate to have been given the opportunity to write a column on the wine industry in Ventura county as well as cover other events over the past 7 years for Citizens Journal. George and Debra have been a joy to work with – I hope to continue with CJ with my column “From a Bird’s Eye View” as time permits. 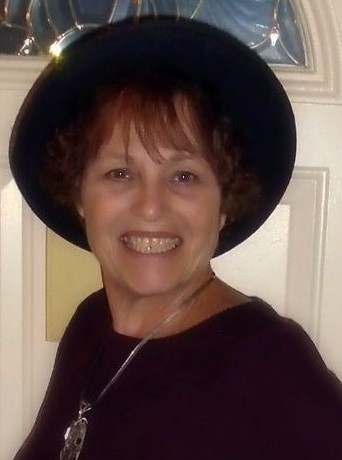 How exciting. What a great job that the CJ staff has done providing textbook Journalism which allows the reader to own their own decisions and choices regarding the story content.

WWWWW and H is rare in our slanted publishing world today.

You all have labored so faithfully and diligently.

Excited to see the growth of this valuable addition to the Public braintrust.

George, Michael, and Debra thank you so much for bringing this publication to our communities. We wish you all well in your future endeavors. George, I have learned so much from you, and shall always be in your debt, for educating me on what is going on in our City, and County, helping me be a better citizen journalist, and sharing issues of public concern, allowing both sides to present their views.

George, Debra and Mike, You are great leaders in our communities. We will continue the fight to restore our Republic and do that by your example of getting out the truth to the People. We will network and we will win this battle. Thank you for your years of hard work and dedication. G-d Bless You in all your adventures forever and ever.

George! What the heck are you going to do with yourself now? Come hang at my place for cocktails on the balcony at dusk!

You grew a fantastic resource George, and have made a major contribution to decency and sanity. I look forward greatly to getting to know the new crew when I get back to California soon.

George, Mike and Debra it was a great run, I wish you all a good luck on your new endeavors, God bless you all.

Thanks- give me a call when you can
– G

Thanks for providing a breath of realty to the news dissemination in Ventura County. Hope to see CJ continue its breath of reality news in VC turn into a typhoon.

I appreciate George, Mike, and Debra. They mean a lot to our community. Best wishes to the new owners.

Congratulations to everyone! Job well done!

Thanks to the founders for a refreshing, wonderful publication. If the new team is that talented and dedicated, VC is very fortunate. Bless your efforts!

Very sad to this personal friend of George and Mike. Praying for a good run with the new owners.

Best of Luck to New Owners.

SORRY to see you and your team move on; but it looks like there is very competent back up ready to fill the void. Best of success to all of you in your future endeavors.

Thank you George, Michael and Debra. You did a great job.

Indeed they did, and the new team is looking forward to honoring the spirit and substance of the CJ’s status quo and also pushing forward to a larger future!