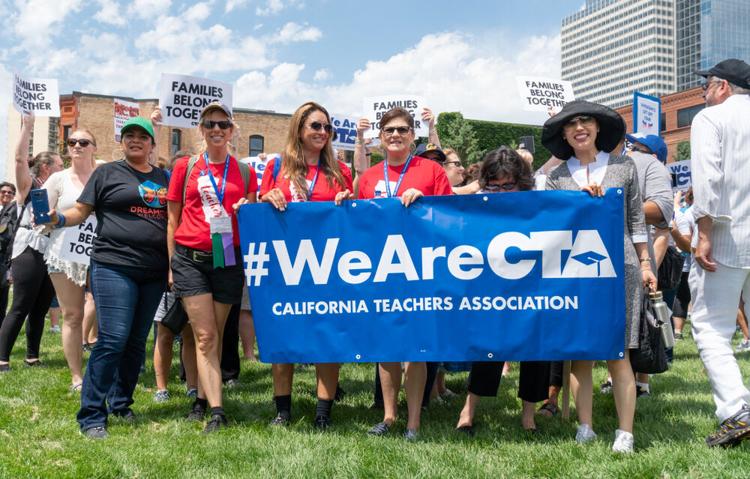 (The Center Square) – After nearly two years of what they said was union-created legal delays, teachers at Gompers Preparatory Academy in San Diego have the opportunity to vote out a union that many didn’t want in the first place.

Gompers’ chemistry teacher Kristie Chiscano filed a decertification petition in January 2020 with the state Public Employment Relations Board (PERB) to remove the San Diego Education Association (SDEA) union from representing educators at her school. Thirty percent of her colleagues supported the move, the Voice of San Diego reported.

As Chiscano filed the petition, union officials also filed unfair labor practice charges against the school in an attempt to block the vote. Teachers then appealed to California labor board officials, who declined to schedule the requested election until the board resolved the charges the union filed against the school.

Under PERB rules, any pending litigation against an employer is automatically “presumed to affect employees’ desire to remove a union.”

By January 2021, the union and the school had no contract and the teachers continued their appeal with help from the National Right to Work Legal Defense Foundation. The foundation argued that the union’s charges had not affected the teachers’ desire to remove the union. Still, a PERB administrator refused to grant the teachers a hearing on the merits of the union’s blocking charges.

Foundation attorneys appealed that decision, arguing the policy of automatically accepting union blocking charges without investigation was “an unacceptable infringement on workers’ freedom to choose their own workplace representatives.”

Because PERB refused to overturn its policy, Gompers teachers had to wait for the union to drop charges, which it did after reaching a settlement agreement with the teachers.

PERB then scheduled a decertification election, first mailing out ballots Sept. 8. Teachers have until Oct. 4 to return them. The voting process is through a secret ballot, unlike when the union first was established at the school, the foundation said.

The union got the necessary votes in January 2019 through a “card check” unionization drive. A card check drive occurs when professional union organizers approach employees to get them to sign cards that count as official “votes” for unionization.

“Card Check is notoriously a far less reliable way of gauging employee support for unionization, as pressure from coworkers and union organizers often force workers to sign off on unionization they would not have accepted had their decision been private,” the foundation states.

The union, organized with the California Teachers Association, came back into the picture after several teachers who wanted to join the union organized. Gompers had broken off from the union nearly 15 years ago when it became a public charter school serving junior and senior high students in grades six through 12.

Some teachers wanted the union representation, they state in a letter that circulated when they were organizing. The letter said these teachers wanted fair and just compensation for teachers who worked during the summer or during study session, changes to the way school policies were administered, and to partner with the administrators of the school in disciplinary matters and school culture, among other issues.

The problem, one Gompers teacher, Jessice Chapman, said, was the way the union went about organizing. The union “got signatures using deceptive tactics … unionization was forced upon us – we were never even given the respect of a vote,” she said.

Teachers now are able to vote in secret on whether they want the union.

The SDEA did not immediately respond to requests for comment.

“PERB should never have allowed union officials to manipulate the process for so long just to avoid a secret ballot vote,” National Right to Work Legal Defense Foundation President Mark Mix said in a statement. “The PERB’s no-evidence-required rule for union blocking charges is just one of many examples of biased labor laws and regulations that benefit union officials looking to shield themselves from accountability from the workers they supposedly represent.”