Lower State Street will remain closed to vehicle traffic for at least two more years, and restaurants will likely start paying for their outdoor dining “parklets,” according to new requirements recently adopted by the Santa Barbara City Council. 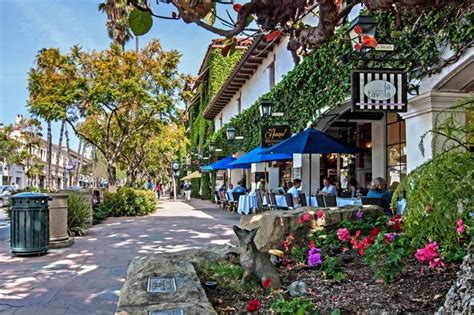 Under the guidelines approved Sept. 20 by the Santa Barbara City Council, both new and existing State Street parklets must be stained, painted or colored a city-approved color. Restaurant parklets will also be prohibited from having lattice or picket fences, turf, carpet or faux grass, plastic or white furniture, neon or flashing lights, lights strung across the sidewalks or through trees, and advertising, logos or other promotional materials.

The council also voted to send to its Finance Committee a proposal to charge businesses $5 per square foot for parklets and outdoor facilities in the street.

Businesses have until Dec. 1 of this year to comply with another new rule: Parklets must have raised platforms to allow for storm water to flow under them.

Parklets built from now on will have to be portable, but the city won’t require existing parklets to be made portable. Because of that, parades such as the ones for summer solstice and Old Spanish Days Fiesta won’t be returning to State Street in the near future. This year, the Fiesta parade was held along Cabrillo Boulevard on the waterfront.

Robin Elander, the executive director of the Downtown Santa Barbara business organization, told the Business Times in an email interview that some business owners think the new rules don’t allow for “entrepreneurial creativity in the look and feel of the business’s outdoor dining space.”

“Despite this, restaurateurs, and their clientele are happy that outdoor dining downtown is allowed to stay as most people prefer to still eat outside,” she said.

The council approved the guidelines on a 5-2 vote, with Mayor Randy Rowse and Councilmember Eric Friedman dissenting.

“I don’t think we addressed the major issues when it’s coming to maintenance and safety and certainly the aesthetic preservation of the downtown,” Rowse said.

In Ventura, there has been mostly positive feedback about outdoor dining from residents and owners of downtown restaurants, said Meredith Hart, the city’s economic development manager.

“Right now, we are seeing it be very successful,” she said of the city’s “Main Street Moves” program to close the street to vehicles and allow parklets. “But history shows that they don’t always stay successful forever.”

Because of this, Ventura’s program is oriented towards flexibility, giving the City Council the ability to change the street structure in the future, such as opening it to vehicles on certain days. Recently, the council voted to reopen California Street, which crosses Main, to vehicle traffic.