The City of Santa Paula has prepared a Revised Draft 2040 General Plan and Draft Environmental Impact Report (DEIR) and invites comments from all interested persons. The General Plan contains a statement of the community’s vision for development to the horizon year of 2040, including planned land uses, policies and programs to govern the city’s growth and management of its resources. The Revised Draft General Plan has been updated to incorporate public comments on the Preliminary Draft General Plan published in May 2019. The DEIR examines the potential environmental impacts that would be expected to occur as a result of adoption and implementation of the 2040 General Plan.

These documents and related materials are available for review at the City Planning Department as well as on the General Plan website: mysantapaula.com

Comments may also be emailed to: [email protected] 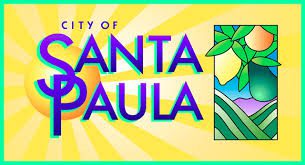