East Area 1 was the subject of two items on the September 16, 2020 Santa Paula City Council meeting. The first was an update on the entire project while the second was a discussion of changes to the Sports Park.

Tim Jones of Limoneira/Lewis and Trayci Nelson, Planner, gave the update. Ms. Nelson stated that this update focuses on the entrance to the project with attention to the street scene. The apartments, she said, will be delayed to a later date.

Tim Jones said there will be no apartments in Phase I. He was very candid by saying that with $150 million spent and only $60 million recovered, the cash flow must be considered first. By adding a for-sale product at the entrance the cash flow is addressed as well as enhancing the streetscape.

The area at the entrance was originally six-packs and apartments, now it is six-packs only along Limoneira Lane (Padre Lane) and homes along Hallock. The following rendering shows the new street scene with home models coming from the Moreton Place Project. Mr. Jones pointed out generous setbacks.

Mr. Jones said the Sports Park was targeted for March 2022. See following item. The bridge proposal submitted to NMFS and the Army Corps of Engineers is close to resolution. He noted that there are two working parks now in the development, which the city plans to use for soccer.

There are 206 homes sold with 92 occupied. Mr. Jones said this number will double by year end. The new single level models are extremely popular he said.

Council Member Crosswhite asked about the location of the apartments. Mr. Jones replied potentially the former school site next to the club house, but also it could be in the commercial area. They are not ready yet for the apartments. Council Member Sobel asked if the apartments would be built? Mr. Jones reiterated that big box retail is not happening, but maybe small box plus hospital plus apartments for the commercial area. Council Member Sobel asked about the gigabit data infrastructure. Mr. Jones said yes, this is a selling point because of the new WFH (work from home) culture. In fact, CEO Powers mentioned Hrvest at Limoneira as the first “wired” community in the State in his state of the county speech the following day (report to follow).

The staff report summarizes the need for the amended design of the Sports Park:

Although there is an approved conceptual design that includes the majority of the amenities that the community asked for during the various workshops, the estimated construction cost to build the park to full completion is greater than the $11.5 million currently available. Total cost estimates have ranged from $11,804,886 to $19,009,951 in part due to the requirement to pay prevailing wages. As a result of these funding constraints and City input, Limoneira has reconfigured the park design into two phases, focused on maximizing the available funding into Phase I, while preserving a portion of the park for a second Phase II were the City to acquire grant funds or achieve other funding support.

The park has been broken into two phases, the first of which is shown below: 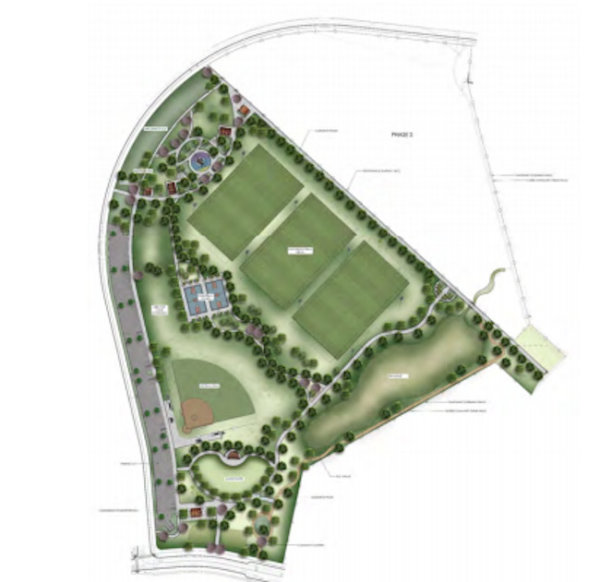 The Phase I estimate is $11.8 million which is the entire set of available funds. There was no estimate of maintenance. Mr. Jones noted that Phase II ($7.29 million) would need to be built with grants of donations raised by the Foundation.

Mr. Jones showed some aerial photographs of the project, so it is worthwhile to click on the link below to watch his presentation in the first part of the meeting. 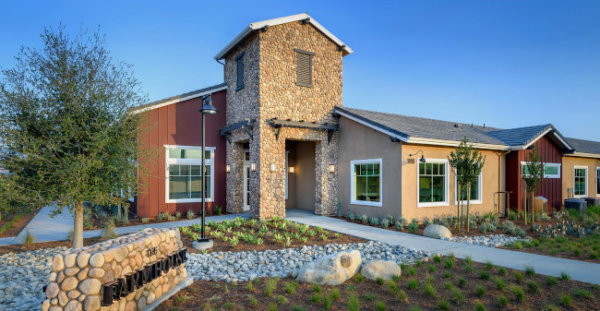 No picklleball, tennis or adult recreation?