Attendees at the October meeting of The San Fernando Valley Chapter of the California Writers Club will learn about the science fiction genre and the writing process from Venice, California-based author Mark J. Rose. The meeting will be held on Saturday, October 5, at 1 p.m. at the Motion Picture and TV Fund, 23388 Mulholland Drive, Woodland Hills, in the Saban Community Room.

Rose is a scientist and screenwriter, who has written and published the Matt Miller in the Colonies series, which includes three novels, Journeyman, Prophet and Virginian. The latter, released in May 2019, continues to explore the adventures of the series’ protagonist, Matt Miller, a contemporary scientist who travels to 18th Century England to uncover the disappearance of a prominent British politician.

During this meeting, titled “A Writer’s Journey Through Science Fiction,” Rose will reveal some of his favorite science fiction books and movies, then discuss how he wrote the Matt Miller in the Colonies series. Working primarily in the science fiction and thriller genres, all his writing deals with some aspect of the interaction of technology, science and society. Along with publishing three novels, he also narrated them. The series is available on Amazon and Audible.

“For many years, I’ve been fascinated with exploring the intersection of man’s basic humanity with the challenges of a rapidly changing technological world,” Rose said. He holds a doctorate in pharmaceutical chemistry from The University of Kansas and is director of research and development at a major biotech company in the Greater Los Angeles area.

For more information about Rose and his novels, visit https://selfpublishingmastery.com/author-mark-j-rose-releases-the-third-book-of-the-matt-miller-in-the-colonies-series-virginian/.

A $10 tax-deductible donation per guest is requested

Past speakers at The San Fernando Valley Chapter include screenwriter and director Cyrus Nowrasteh (The Equalizer, La Femme Nikita), author Ara Grigorian (Game of Love and Ten Year Dance) and historical novelist Anne Perry, who wrote The Face of a Stranger and most recently Triple Jeopardy.

The California Writers Club welcomes writers in all genres, and at all stages of their careers.  Monthly meetings are held on the first Saturday of the month. To attend workshops, programs and other events, or to learn more about events and activities for writers, visit http://cwc-sfv.org/. 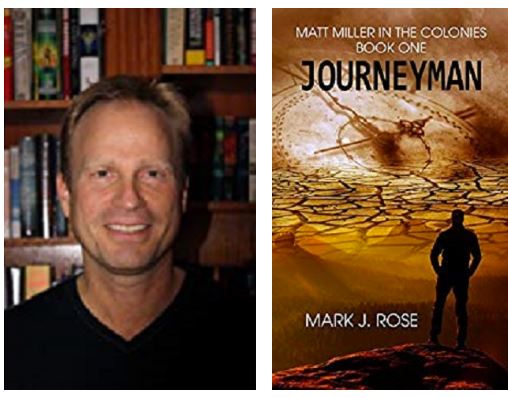