Send the Paris Climate Treaty to the Senate

The most far-reaching international agreement ever must get Senate advice, consent and vote.

Article II, Section 2 of the US Constitution is simple and direct: “The President … shall have Power, by and with the Advice and Consent of the Senate, to make Treaties, provided two-thirds of the Senators present concur.” It served America well for 225 years.

Then, in 2015, the UN’s “international community” of climate activists gathered in Paris to hammer out language requiring that developed nations slash their fossil fuel use, tighten greenhouse gas emission targets every five years, and become “carbon neutral” within a few decades – to prevent a manmade climate chaos forecast by computer models but not supported by Earth history or real-world evidence. 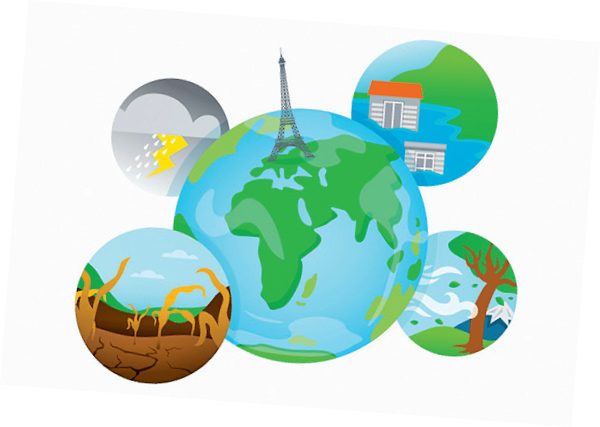 In short, the Paris accords would force the United States to engage in a massive, painful transformation of its entire economy – electricity generation, transportation, manufacturing, agriculture and much more – under the aegis of the United Nations and UN and foreign country activists, politicians and bureaucrats.

Aside from ending major wars, what was concocted in Paris is probably the most far-reaching, impactful agreement this country was ever asked to sign. It is the very embodiment of what our Founding Fathers had in mind when they wrote the language requiring Senate debate, advice and consent for all treaties.

However, President Obama unilaterally decreed that Paris was not a “treaty,” but merely an agreement, an accord – some lesser document that he could personally sign, committing the US to it, making an end-run around our constitutional and democratic process, and giving Congress and America no opportunity to examine, discuss and agree to or reject this intrusive, destructive treaty. In so doing, Mr. Obama set the stage for coordinated efforts by liberal politicians, activists, bureaucrats, state attorneys general, forum-shopped judges and corporate CEOs to make the Paris language binding on every American.

President Trump recognized how unfair and disastrous the Paris Climate Treaty would be. In 2017, he announced that the United States was withdrawing; the withdrawal became effective November 4, 2020.

Joe Biden has made it clear that he will recommit our nation to the Paris not-a-treaty, possibly within hours of being sworn in as president, if lingering vote issues are resolved in his favor. Fortunately, President Trump can easily prevent this disaster. As Paris Treaty experts have suggested,

Mr. Trump could and should submit the treaty to the Senate for its advice and consent – and Senate Majority Leader Mitch McConnell should quickly schedule a debate and vote. Every Senator will have an opportunity to go on record: for or against a treaty that would make the United States, and every individual state and family, subjects of unelected, unaccountable UN and foreign powers.

President Trump should do this posthaste – thereby preventing another unilateral executive action and what Government Accountability & Oversight lawyer Chris Horner has described as a well-coordinated “climate litigation industry” plan to commandeer our courts in an endless series of lawsuits to make every Paris Climate Treaty provision legally binding on every US state, industry, business and family.

For example, Massachusetts AG Maura Healey promised Michael Bloomberg’s State Energy & Environmental Impact Center that, if its deep coffers provided her office with privately hired lawyers whom she could utilize as “Special Assistant Attorneys General,” she would put them to work “ensuring that Massachusetts and neighboring states meet the long-term commitments set forth … in the Paris Agreement” – whatever those might be or could be creatively interpreted to be. She’s already doing it.

Another scheme involves reviving the reviled Obama era practice of sue-and-settle lawsuits, under which environmentalist groups sue government agencies to implement and impose rules that the litigators and regulators both want but aren’t clearly supported by law or would face strong public opposition if they went through a normal rulemaking process. The parties select a usually cooperative court and, instead of fighting the lawsuit, the government agency caves in, agrees to settle the case, and consents to whatever demands were made by the agency’s handpicked pseudo-adversary. The citizenry and parties impacted by the new rules never get their day in court, and rarely find out about the rule until it is imposed on them.

The schemes are audacious, outrageous, an abuse of law and authority, and in many minds treasonous. Activists will employ them and the Paris Climate Treaty as weapons of mass destruction against America’s energy, economy, living standards and freedoms.

Horner also notes that rejoining the Paris Treaty would subject America’s energy and economic policy to a UN climate “conciliation commission” that could allow “antagonistic” nations and parties to file complaints about alleged US non-compliance with Paris, block infrastructure development, and impose carbon taxes. He and Competitive Enterprise Institute senior fellow Marlo Lewis also point out that:

* allowing the Obama “climate coup” to stand would allow future presidents to adopt any treaties they and foreign elites want, without Senate review and ratification, simply by deeming them “not a treaty.”

* the Paris Treaty would imperil American self-government – by empowering administrations to make long-term commitments without congressional authorization, and by making US energy and economic policies beholden to the demands of foreign leaders, UN bureaucrats and international pressure groups.

If We the People ultimately decide we do want to transform our energy and economic system, reduce our living standard, curtail our liberties, and subject ourselves to international governance, we can do so through proper nationwide debates and legislative processes. We should not have these decisions imposed on us via collusion, corruption, chicanery and unconstitutional power grabs.

Too many of our ruling elites disdain business, industry and working classes; rarely if ever did serious manual work; and most often belong to a Democrat Party that once stood up for workers, but now has turned its back on working men and women. These elites would help ensure that same families pummeled hardest and longest by Covid lockdowns will be punished in perpetuity by Paris Climate Treaty edicts.

All that red on county-by-county 2020 voting maps is where jobs, economies and living standards will hammered hardest. Many of these counties have manufacturing jobs … farmlands, forests, scenic and open spaces, habitats where birds, bats and wildlife flourish … and the best wind and solar sites.

This is where land will be blanketed with millions of wind turbines, solar panels, battery complexes and transmission lines, to “replace” billions of megawatt-hours of reliable electricity with intermittent power – decimating many rare, threatened, endangered and just plain magnificent species.

It’s where new dust bowls will arise, as biofuel crops replace today’s grasslands. It’s where factories will close, because the Paris Treaty will make electricity intermittent and expensive, and petrochemical raw materials too costly or simply unavailable.

Will President Trump and Senator McConnell let a Biden-Harris Administration – in league with squads of America-denigrating politicians and Deep State activists – do this to our country?

Or will they preserve the Constitution, the Trump energy, economic, employment and military legacy – the livelihoods, living standards and liberties, not only of MAGA Trump voters, but of all Americans?

This may be their last opportunity to do so. I therefore urge them – and I’m certain I’m joined by tens of millions of my fellow Americans in urging the President and Senate Majority Leader:

Present this defective, destructive Paris Climate Treaty to the Senate. Let the assembled Senators debate it, vote on it – and send it to history’s dustbin, where it belongs.

No China no deal.